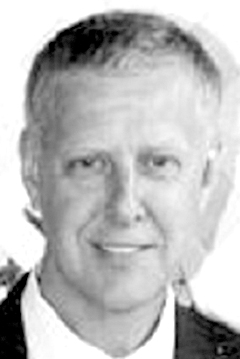 Born in Nashua on July 26, 1947, he was the son of the late William Roy and Bette Jane (Brodrib) Saunders. Educated in local schools, Bill was a graduate of Wilton High School Class of 1965 and furthered his education at New Hampshire College. A Navy veteran, Mr. Saunders served as a Cryptologic Technician during the Vietnam War from 1968 to 1971.

Bill had been employed as a CPA and CFO for Stanley Elevator Company in Nashua for twenty years.

A resident of Florida’s Space Coast since 2007, Bill enjoyed Oldies music, movies of all types, making stained glass lamps and gardening. Bill’s absolute favorite place on earth was his cottage on Cow Island on Lake Winnipesaukee that he and Lorna bought in July 1984. He and his family vacationed at the Weirs when he was a kid and he would save his money all year to have enough to take the Uncle Sam boat, that delivered mail to all of the islanders on Lake Winnipesaukee. Bill and Lorna enjoyed weekends there and when they retired and moved to Florida, the couple would travel to New Hampshire to spend summers at their cottage.

Members of his family include his wife, Lorna (MacCreighton) Saunders, whom he married on August 4, 1984; two sisters, Jayne Finnigan and her husband Vinny, and Joan Saunders; brother-in-law, Donald LaRochelle; a nephew, George LaRochelle and his family; and many cousins. In addition to his parents, Bill was predeceased by his sister, Janet LaRochelle.

A Celebration of His Life will take place on Friday, July 26th at 11 a.m. in Edgewood Cemetery, 107 Amherst Street, Nashua followed by a luncheon immediately following at the Nashua Country Club, Fairway Street. Donations may be made in his memory to St. Jude Children’s Research Hospital.

Lorna wishes to express her sincere gratitude to everyone for all of their support and kindness during the last three years of struggling through numerous health issues.

Arrangements are in the care of the FARWELL FUNERAL SERVICE. (603) 882-0591. www.farwellfuneralservice.com.