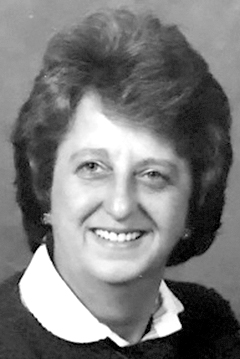 Janet L. Largy, 72, a lifelong Nashua resident, passed away early Monday morning, July 15, 2019 in the presence of her “favorite” (only) daughter, setting her free of a lifetime of health issues.

Ms. Largy was in Nashua on January 17, 1947, a daughter of the Roland and Lucille (Plourde) Kennedy. Janet attended the former St. Francis Xavier Parochial School and graduated from Nashua High School Class of 1965. She also attended cosmetology school and worked as a cosmetologist early in her career.

Janet worked at A.P.W. and Premier Industries in Hudson as a machine operator for several years. Her work ethic is a characteristic that will continue to be passed on through successive generations.

Prior to her declining health status, she enjoyed gardening and going to yard sales. The greatest source of Janet’s happiness was watching her daughter and granddaughter build upon the foundation she laid. Janet’s family will always remember her as being selfless, strong, and sarcastic.

Members of her family include her daughter, Kelly Azarowski and her husband Sean, and her granddaughter, Ashley, all from Nashua; her brother, Robert Kennedy of Mesa, AZ; also many nieces, nephews and cousins. Janet was predeceased by her brother, Donald Kennedy and her sister, Nancy Cardin.

Friends and family would like to express their gratitude toward the many healthcare professionals that battled tenaciously for Janet’s health throughout the years.

There are no calling hours. A private graveside service will take place in St. Francis Xavier Cemetery.