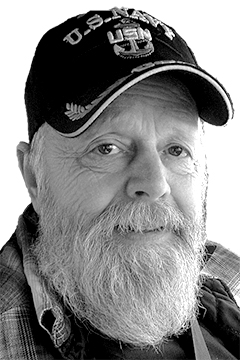 Lester A. Guest, 76, of Lowell, MA, died peacefully July 13, 2019, at his home in the Highlands, with his loving family by his side, after courageously battling a lengthy illness. He was the beloved husband of Faith L. (Muscovitz) Guest, with whom he celebrated 46 years of marriage.

Born in Arlington, MA, June 13, 1943, he was the son of the late John and Doris (Ivester) Guest. He was educated in the Lexington, MA, and Seattle, WA, school systems.

Mr. Guest enlisted in the US Navy on May 1, 1961, serving as Seaman aboard the USS Elokomin, which was part of The Kennedy Blockade during the Cuban Missile Crisis. He received an honorable discharge on March 27, 1964, and was always very proud of being a Navy Veteran.

After serving his country, Lester began a career as a maintenance mechanic at the former Bellofram Corporation, and later at Avco/Textron. Also an entrepreneur, he started and ran a successful vacuum repair business serving local area residents and businesses for many years.

A man of deep, abiding faith, Lester was a longtime member of the Lighthouse Baptist Church of Hudson, New Hampshire. Over the years, he was a devoted Sunday school teacher, participated in the transportation ministry, and used his God-given singing voice as a member of the choir. A talented jack-of-all-trades, he enjoyed fixing things, especially at his church.

Fond of all animals, Lester adopted many strays over the years, and they thrived under his care. He will always be remembered for his love of family, friends, animals, and his strong faith and devotion to his church.

In addition to his wife, he is survived by a daughter, Cynthia L. Wolff of Kingston, NY, three sons, Alan D. Wolff and his wife Victoria, Errol N. Wolff and Kimberley McCoy, and Gregg S. Wolff, all of Lowell, several wonderful grandchildren and great-grandchildren, and two loving sisters, Mary J. Clinkscale and her husband Robert of Framingham, and Edith L. Russell of Hollis, NH. He was the brother of the late John S. Guest.

SERVICES: Friends will be received at the MORSE-BAYLISS Funeral Home, 122 Princeton Boulevard, Lowell, on Friday from 5 to 8 PM. His Committal Service with Military Honors will be held on Saturday at Fox Hill Cemetery, 130 Andover Road, Billerica, MA, at 10 AM, followed by his Memorial Service at the Lighthouse Baptist Church, 321 Derry Road, Hudson, NH, at 3 PM. Friends who wish may make memorial donations in his name to Lighthouse Baptist Church (www.hudsonlighthouse.com). Funeral Director, Frederick W. Healy. Please visit Lester’s Life Tribute at www.morsebaylissfuneralhome.com.