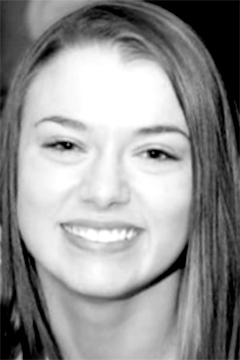 Amanda Beth Hartwell, 25, of Hudson, NH died Saturday May 11, 2019 in Milford, NH. Amanda was born in Nashua, NH on November 13, 1993, a daughter of Dan Largy and Lee Ann Hartwell. Amanda was a Graduate of Londonderry High School Class of 2012 and later attended Nashua Community College. Amanda was a very hard worker and an exceptional waitress. She enjoyed working with her father at Collins Brothers Chowder in Nashua. Amanda enjoyed hiking with her fiancé and spending time with her nieces, nephew and family members. She was known to them as Auntie Tilda. Amanda loved her German Shepard “Zena.”

Following cremation, calling hours will be held on Wednesday May 22, 2019 from 4 – 7pm in the Peabody Funeral Homes and Crematorium, 290 Mammoth Rd., Londonderry. A celebration of Amanda’s life will take place at 7:00pm in the funeral home. Private burial will be in Pillsbury Cemetery, Londonderry.