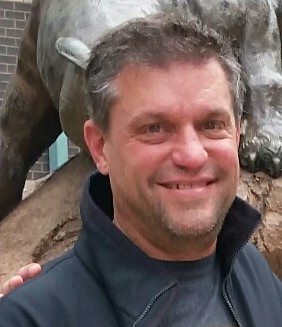 MILFORD – Mark Antoni Hauntsman, 50, died unexpectedly on Tuesday evening at Southern New Hampshire Medical Center in Nashua. He is the beloved husband of Holly (Jean) Hauntsman with whom he shared 24 years of marriage.

Mark was born in Nashua on June 17, 1967, and is the son of Anthony Hauntsman of Nashua and the late Lorraine (Boucher) Hauntsman. Mark was a 1985 graduate of Nashua High School and graduated from UMASS Lowell. He was employed by One Identity Software.

Mark had a passion for soccer. He loved the sport and for many years played on multiple adult soccer leagues. Mark shared his love of the game by coaching youth soccer in Milford. Mark was mechanically inclined and had a talent for fixing everything from cars to household appliances. Above all, his most cherished time was spent with his family; he was his sons’ biggest fan.

In addition to his wife and father, Mark is survived by his two sons, Erich and Matthew of Milford, his brother, Jason Hauntsman and his sister, Alyssa Hauntsman both of Nashua. He is also survived by his in-laws, Edward and Suzanne Jean of Hudson, his sister-in-law and brother-in-law, Wendy (Jean) and Stephan de Penasse of Merrimack and nephews, Alex and Christian de Penasse, as well as several aunts, uncles, and cousins.

Relatives and friends are invited to his visitation on MONDAY, April 2nd from 3 until 7 PM at ANCTIL-ROCHETTE & SON FUNERAL HOME, 21 Kinsley Street, Nashua. His Funeral Service will take place in the Funeral Home on Monday evening at 6:45 PM. His burial will take place at the convenience of his family. In lieu of flowers, donations may be made in Mark’s name to the American Heart Association, P.O.Box 3049, Syracuse, NY 13220-3049 or please visit www.heart.org. To leave an online condolence, story, or message please visit www.ANCTIL-ROCHETTE.com.