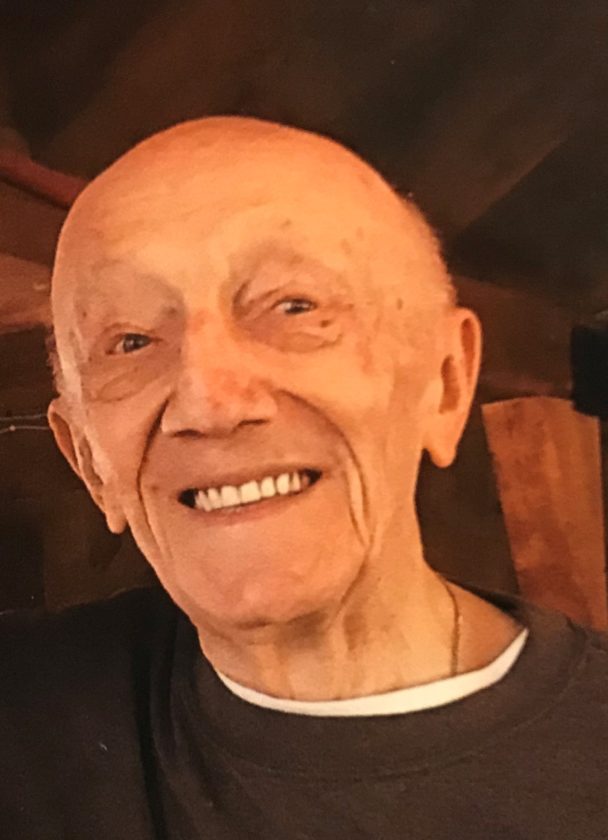 Veto Paul Narkunas, 86, passed away peacefully at home, on March 9, 2018 in Mason NH. He was born on January 25, 1932 to Anthony and Eleanora (Sabaliauskas) Narkunas in Nashua NH.

The youngest of eight children, Veto grew up in Nashua and attended Nashua schools. At age 12, he was a member of the Junior Aircraft Observers, U.S. Rangers, which lead him to serving 4 years in the U.S. Air Force, where during the Korean War was stationed in Alaska, on top of a mountain, in the winter, with no indoor plumbing. He attended Coyne Radio and Television School in Chicago, and received multiple BS degrees from Northeastern University. He was a member of the Souhegan Valley Chorus in Milford, The Silver Stars at the Palace Theater in Manchester, and a former member of the Nashua Choral Society, with whom he travelled to Europe to sing. He acted & sang in many plays with many groups including, the Amherst PTA, the Boys and Girls Club of Souhegan Valley. As “his” music faded he began singing karaoke at retirement and nursing homes. He was told by many that if they closed their eyes they were listening to Sinatra. Veto loved to perform and was always surprised when people he didn’t know would come up to him and tell him how much they enjoyed his performance. When not on stage, Veto enjoyed spending time with his family, and relaxing at his lake house in Canterbury NH. Good thunder storms were always a family favorite. He loved to travel and would visit friends in Florida and his Granddaughters in Colorado. In 2012, he travelled to Europe with the SVC, and sang next to the stairs where the “Do-Re-Me” scene in The Sound of Music was filmed.

He is survived by his daughters Anne Narkunas of Nashua, Mary Narkunas of Centennial, CO, and Nancy Danahy and her husband Allan of Chelmsford, MA and his son Christopher Narkunas of Mason. Also survived by his grandchildren Vanessa Warren and her husband Ben of Colorado Springs, CO, and Devan Walsh of Centennial, CO. Thomas and Colin Danahy of Chelmsford, MA. He is predeceased by his wife of 30 years Arlene G. (Kelley) Narkunas, his son Gregory J. Narkunas. Brothers Anthony, John, Joseph (Jackie), Stanley, Julius (Steve), Andrew, and his sister Anna.

Visiting hours will be held on Sunday, March 18, 2018 from 3-7pm at the Zis-Sweeney & St. Laurent Funeral Home, 26 Kinsley St. Nashua. A Mass of Christian Burial will be held at 9:30am on Monday, March 19, 2018 at St. Patrick Church, 29 Spring St, Nashua NH,with a burial immediately following at Holy Cross, Ledge Rd, Hudson NH.