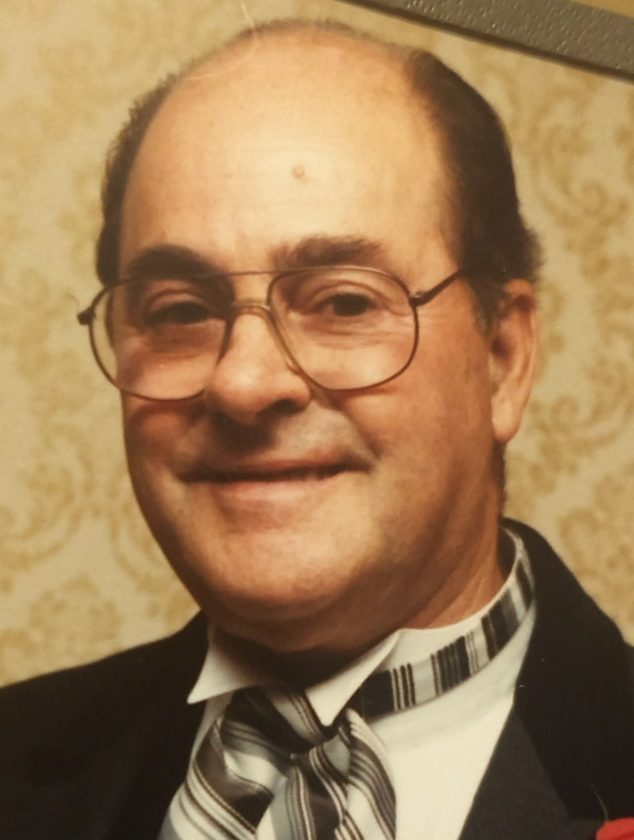 Donald A. Chartier, 93, of Nashua passed away peacefully on Thursday March 9, 2018 surrounded by members of his loving family. Donald was born on August 6, 1924 in Milford, NH, son of the late George and Vileta (Nelson) Chartier, and later, step-son of Frederick Selchow.

After graduating from Milford High School, Donald served as a paratrooper in the Army Aircorp during WWll, where he was stationed in Frankfurt, Germany. While there, he also took voice lessons from a renowned opera singer at the time and taught skiing lessons to his fellow troops. When the war was over and Donald returned home, he put his athletic talent to work and became a left-handed pitcher for the 1946 Nashua Dodgers, a farm team of the Brooklyn Dodgers. He later worked for and retired from Nashua Corp as a lab technician.

It was at Holman Stadium in Nashua, while playing baseball that he met the love of his life, Lucille McKay, who he is survived by. During baseball games, while Lucille was watching from the stands, he would ask her from the dugout what time it was, and she would happily tell him. The rest is history for the two of them. They married in 1947 and shared 70 wonderful years together as husband and wife. They were able to renew their wedding vows in November, during a very touching ceremony. They lived in Nashua, NH and raised their family here.

Donald has always lived a very active life and was involved in almost every sport at one time or another including skiing, tennis, squash, archery, bowling, football, baseball, and golf (which he continued to play until he was 88 years old!) He loved to be outdoors and he loved to keep busy. He went on several trips to Ireland and Scotland to play golf and has skied all over the world. He ran the Ski Patrol at the former Temple Mountain Ski Area in Peterborough, NH, for many years.

Donald will always be remembered as a strong, hardworking man who was always on the go! He never complained, and although he was a man of few words, he was always quick with his wit! Donald was a great friend and he loved time spent with his family, who will miss him dearly. He was kind and loved animals, especially his precious Golden Doodle, Bonnie.

Calling hours will be held at the FARWELL FUNERAL HOME, 18 Lock Street, Nashua, on Friday morning, March 16th, from 9:30- 11:30 a.m. A Funeral Mass will be celebrated at 12:00 noon at Immaculate Conception Church, 216 E. Dunstable Rd. in Nashua. In lieu of flowers, donations may be made in Donald’s loving memory to the Nashua Dialysis Davita Center, 38 Tyler St, Nashua, NH 03060 or to the Nashua Humane Society, 24 Ferry Rd, Nashua, NH 03064. Arrangements are in the care of the FARWELL FUNERAL SERVICE. (603) 882-0591. www.farwellfuneralservice.com.