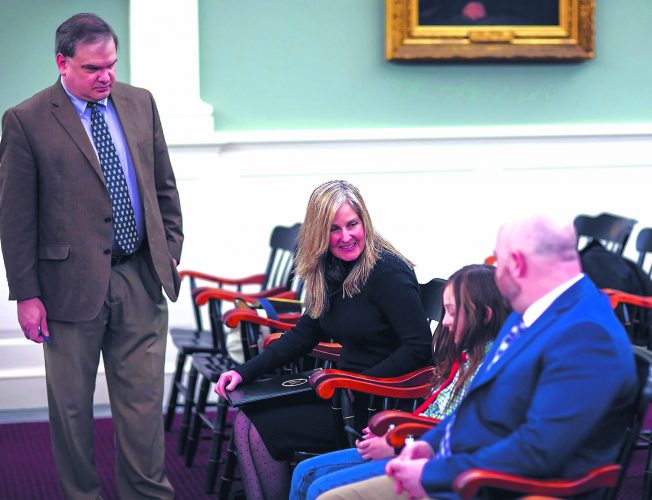 It’s been more than seven years, Katherine Frederick says, since she was fired from her job at New Hampshire’s Department of Health and Human Services over breastfeeding, and she still hopes to take her case to trial. “It’s not going to change what’s happened,” Frederick said ... 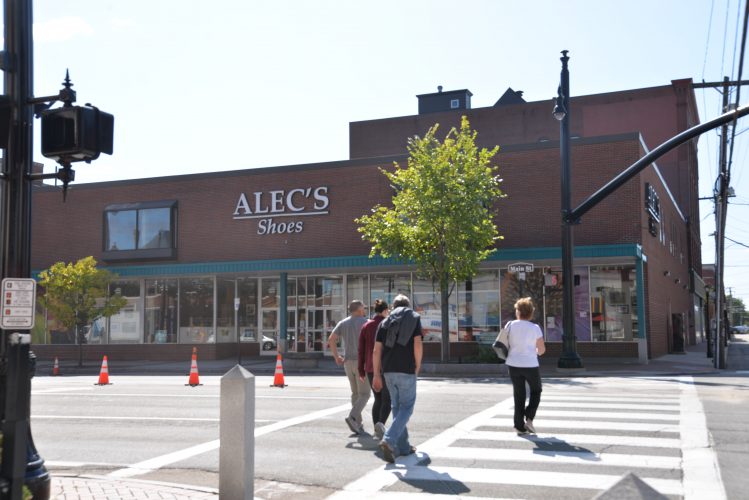 NASHUA – On Feb. 13, 2018 – nearly two years ago – Board of Aldermen members passed a resolution to sell $15.5 million worth of bonds to build the Performing Arts Center at 201 Main St. “This resolution shall expire two years from its effective date in the event that $4 million has not ...

NASHUA – Watching her family struggle to make ends meet during a particularly difficult five-year period, Larissa Baker twice turned to what she likely felt was her last resort: welfare fraud. Still, her family, unable to pay the rent, was evicted from their apartment, sending the couple and ...

NASHUA – Initially charged upon his September arrest with one felony and nine misdemeanor assault offenses, Hudson resident Jonathan Moore agreed on Monday to enter guilty pleas to the felony and five of the misdemeanors in exchange for a sentence of three to six years in State ... 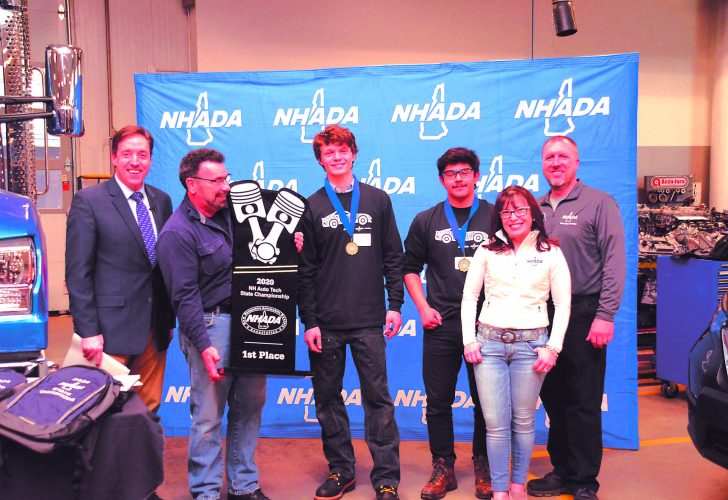 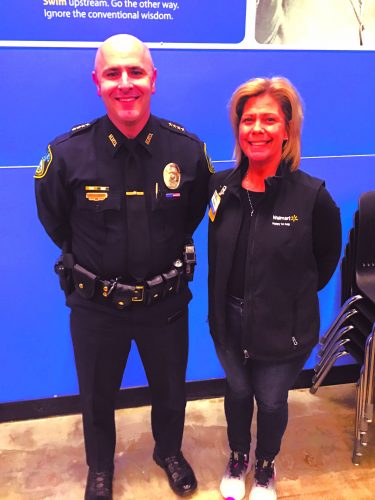 NASHUA – City officials are considering exploration of a Community Choice Power program, which they said once implemented, could reduce electric bills for residents and businesses by about $150 per year. Mayor Jim Donchess plans to introduce the legislation during the next Board of Aldermen ... 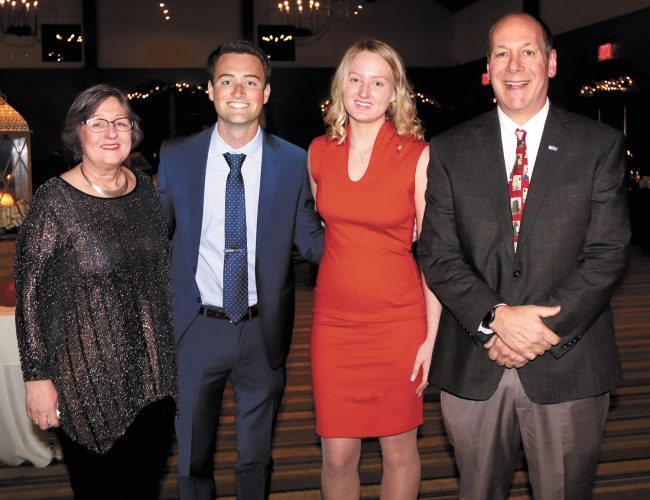 AMHERST – Meals Matter, a Nashua program that addresses food insecurity for students, hosted its second annual gala Saturday night at LaBelle Winery in Amherst. The event, co-sponsored by the United Way of Greater Nashua, was attended by more than 75 guests, and a silent auction was held to ...

PORTSMOUTH (AP) – More than two dozen men and women say they were physically, sexually and emotionally abused as children at New Hampshire’s state-run youth detention center over the course of three decades, according to attorneys who have filed a class action lawsuit on their behalf. The ...

Editor’s Note: This week’s guest column was authored by Greg Andruskevich, a longtime sportswriter and editor who began his newspaper career at The Telegraph in the mid to late 1960s before moving on to cover sports and other subjects for the former Manchester Union Leader, now the New ... 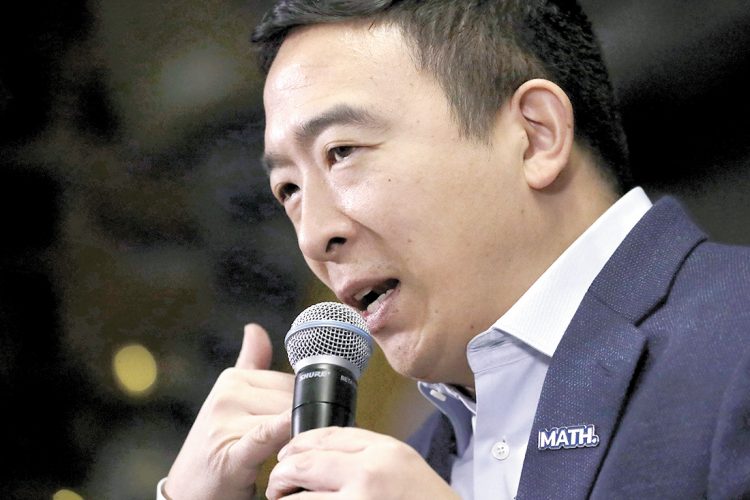 Andrew Yang has won the internet, but can he triumph in the 2020 Iowa caucus?

Editor's Note: See Tuesday’s edition of The Telegraph for a profile on Andrew Yang from an exclusive meeting with the newspaper’s editorial board. ––– DAVENPORT, Iowa (AP) – On a recent swing through Iowa, Andrew Yang was moving through his stump speech, a string of stories and ...

Ah, the 2010s. Many memories. No evidence. It’s hard to believe that it’s been a year since I didn’t become a better person. I, like many, look forward to the new year to have a fresh start on old habits. I like watching the ball drop on New Year’s Eve. It’s a nice reminder of ...

Important tasks and initiatives in our community seem to be rapidly getting done. Nonprofits continue to serve the community and the world continues turning. You may not know, however, that volunteers are a big part of what keeps things going for many projects in Greater Nashua. You can be a ... 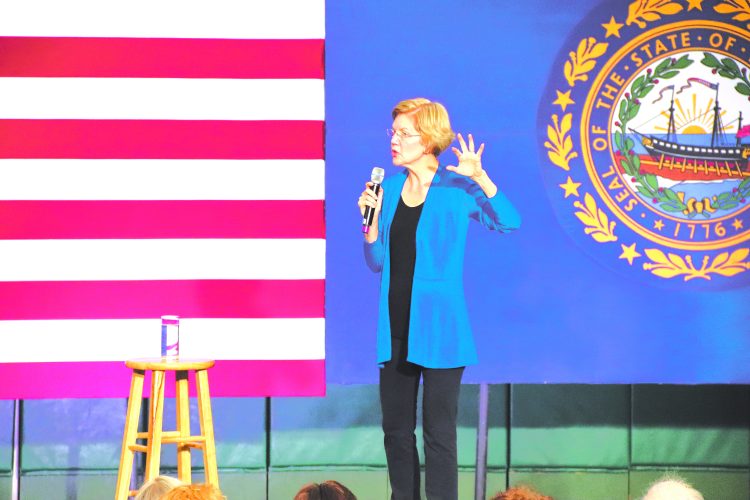 MILFORD – As Dolly Parton’s “9 to 5” careened through the speakers, 2020 Democratic presidential hopeful Elizabeth Warren of Massachusetts took the stage on Friday for a town hall-style event at the Hampshire Dome at Hampshire Hills Athletic Club and Event Center in Milford. Earlier ... 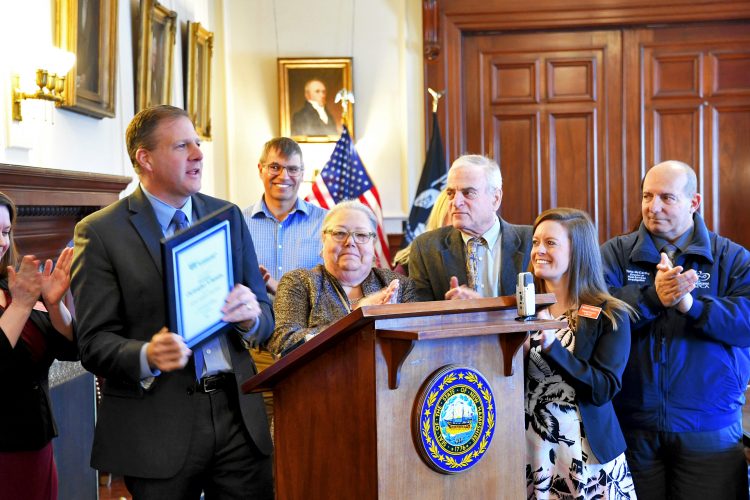 CONCORD – Officials with the New Hampshire chapter of the Humane Society of the U.S. on Thursday presented their 2019 Humane Legislative Leader of the Year Award to Gov. Chris Sununu. “Over the past year, Gov. Sununu has signed into law nearly a dozen new policies to protect animals in ... 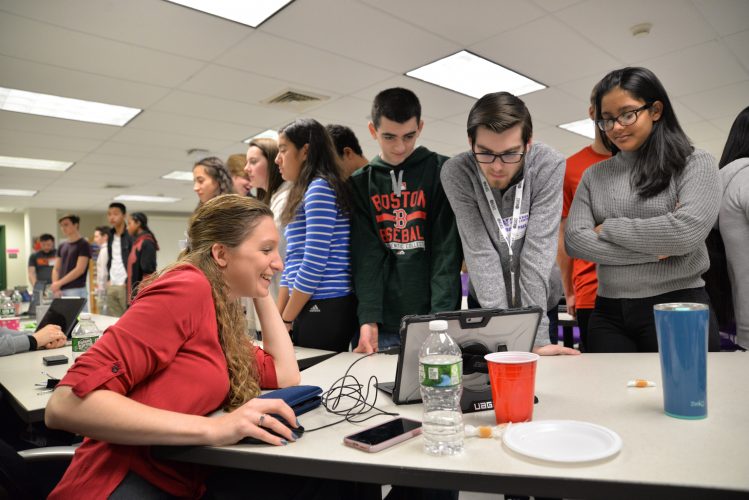 NASHUA – Current and former Computer-Aided Drafting and Design (CADD) students joined at Nashua High School South on Thursday for the eighth annual CADD Alumni Day. Course instructor Lenny Harrison said the turnout this year was the largest since the event began, as 18 alumni returned to ...

CONCORD (AP) – New Hampshire’s Supreme Court reversed a man’s drug conviction on Friday, saying his rights were violated when police seized him, and it also noted that race should be considered when judges analyze police encounters. The court found in favor of Ernest Jones, who appealed ...

NASHUA – Two Nashua women, ages 20 and 19, are due back in court later this month after their arrests this week on charges accusing them of scratching a vehicle then “covering it in paint,” police said. Alexis Geddes, 20, of 32 Blossom St., was arrested Tuesday, and Destiny Velazquez, ... 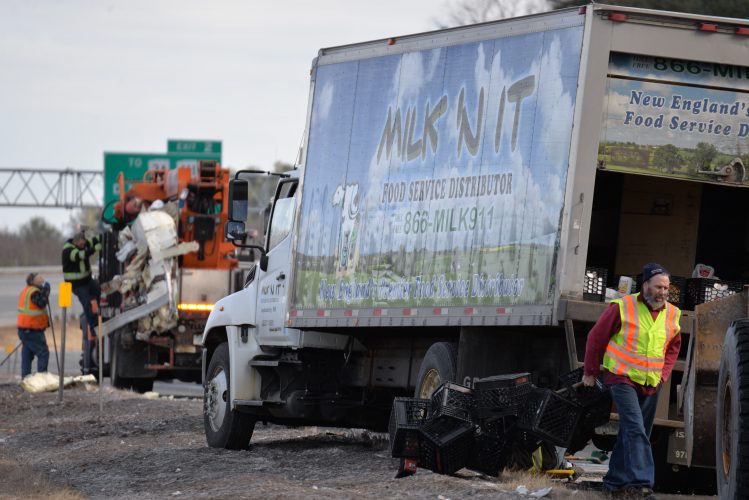