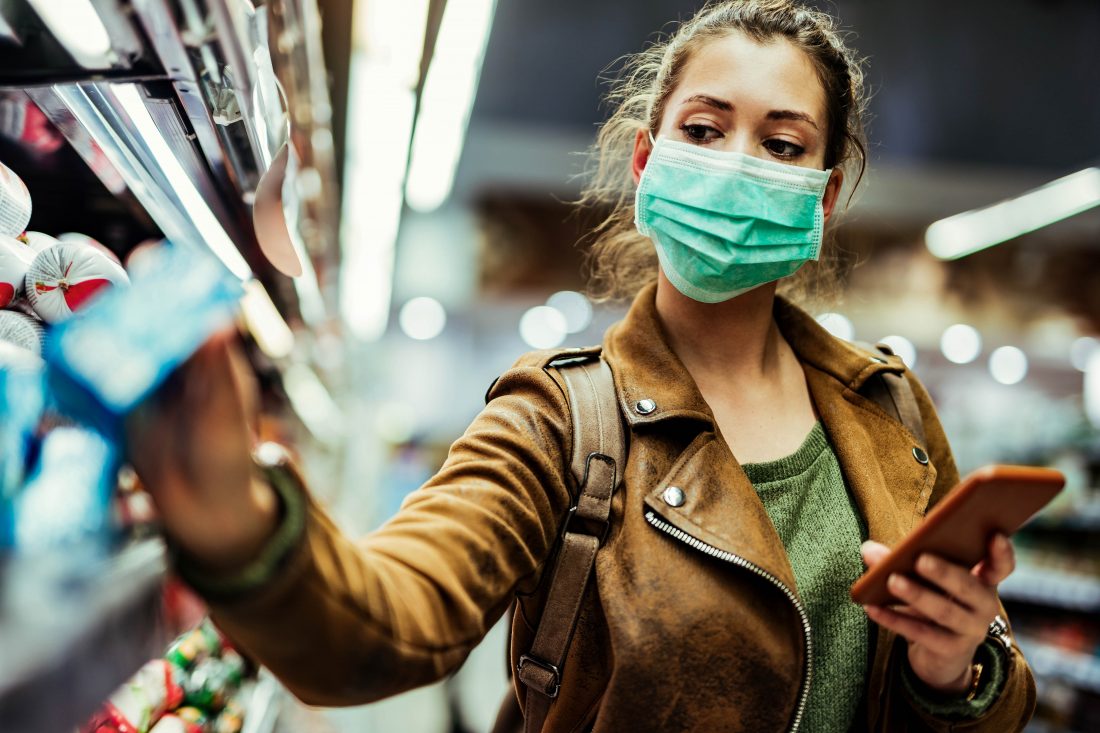 NASHUA – The wearing of face masks is now required in Nashua after members of the Board of Aldermen adopted an ordinance relative to the safety measure during a special meeting Thursday night.

The 10-3 decision came as the Nashua Board of Health adopted and urged the board to approve the emergency public health order.

Ordinance 20-018 requires employees of all businesses to wear face coverings over their mouth and nose when interacting with the public and whenever they are within 6 feet of a co-worker or customer. The legislation also states that members of the public must do the same when entering any business, including any outdoor area where business is being conducted, work sites or government buildings.

These face coverings also must be worn even when picking up food for takeout or when entering or present at a residential or commercial building of greater than two units while in common areas and communal spaces.

However, while seated at an outdoor dining table at a restaurant, members of the public may remove their face covering.

Children under age 10 are not required to wear a masks, and they are not recommended for kids less than age 2. In addition, the coverings are not required if a person can show a medical professional has advised wearing one may pose a risk to the person for health-related reasons.

After a number of motions were made amending the legislation, in the end, board members ultimately passed the measure as originally presented.

Corporation counsel for the city Steve Bolton explained that there is a provision in the code of ordinances that says unless another fine is specified, that any violation can be fined by no more than $1,000.

“It’s the exact same as throwing snow into the street,” Bolton said.

While some motions included warnings or fines of $25 and $100, Bolton said it would shock him entirely if someone were arrested merely for a face covering violation, as well as if someone with a first offense – if this was the only offense – to be fined $1,000.

It is Bolton’s expectation that if there is a violation for mere failure to have a proper face covering, no one would be arrested for that, rather an arrest would occur in the event there were some sort of further offense. This may include failure to leave a premise when directed to do so, which could then constitute criminal trespass, for example.

Bolton said a jail sentence is not available for an ordinance violation.

On the question of whether or not the ordinance violates people’s constitutional rights, Bolton does not believe there is a serious issue in play.

“We have loads and loads of public-health-related laws all over this country,” Bolton said. “There are laws requiring shoes and shirts in restaurants and in stores selling food. Those are laws. If this was unconstitutional, that would be.”

Moreover, Alderman Richard Dowd does not believe anybody will be running around fining people $1,000, but also believes that if the board does not back up restaurants and store owners that two things can happen.

First, Dowd cited that people going to these establishments and seeing that there are no masks are then not going to go back, which in turn, is going to create a financial hardship on stores and restaurants. Second, he explained that it only takes one person who is asymptomatic and not wearing a mask to go into a crowded space and infect multiple people.

“We don’t know how long we’re going to have to keep this ordinance in effect, but right now it’s a preventive measure and it’s recommended by the health professionals. If we don’t back up our Board of Health, my God, I mean why do we even have them,” Dowd said.