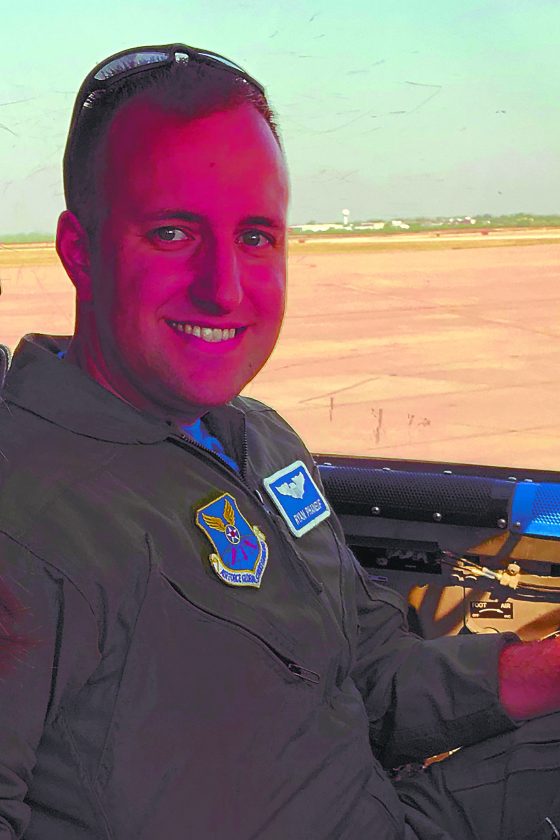 In this undated photo provided by the U.S. Air Force, fallen Air Force Capt. Ryan Phaneuf, 30, of Hudson, N.H., is seated in an aircraft. The Pentagon on Wednesday, Jan. 29, released the names of two Air Force officers killed in the Monday, Jan. 27, 2020 crash of their Bombardier E-11A electronic surveillance plane, in Ghazni Province, in eastern Afghanistan. An American official added that there were no indications so far the plane had been brought down by enemy fire. (U.S. Air Force Photo via AP)

HUDSON (AP) — Services have been scheduled for Air Force Capt. Ryan Phaneuf, 30, of Hudson, who was killed in a plane crash in Afghanistan last month.

The Pentagon said Phaneuf was one of two Air Force officers killed in a crash last month of an electronic surveillance plane in Afghanistan. The crash remains under investigation, but officials have said there’s no indication the plane was downed by hostile action.

Phaneuf was assigned to the 37th Bomb Squadron at Ellsworth Air Force Base, South Dakota. In New Hampshire, he graduated in 2007 from Alvirne High School, where he was a member of the junior ROTC program.

CONCORD – This is the third week of social distancing, a state of emergency and no school. There is now a ...

HUDSON – Zachary Nardini, a 24-year-old Hudson police officer with roughly nine months on the job, is on paid ...

May sentencing for man charged in drug ring

CONCORD – Roughly six months after he agreed to plead guilty to charges accusing him of participating in a ...