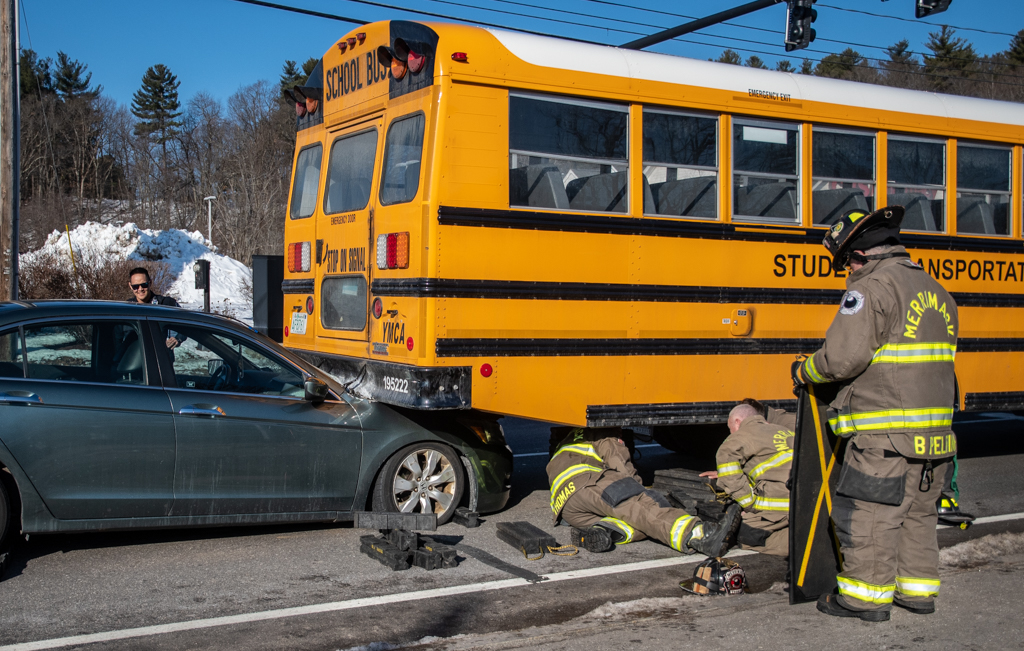 MERRIMACK – A school bus that, at the time, was not carrying students appeared to be rear-ended by a Honda as it traveled northbound on Daniel Webster Highway in the area of Loop Road in Merrimack on Monday.

Merrimack Police Department Sgt. Brandon Gagnon said emergency officials received the call at 8:54 a.m. Monday. As officials investigated the matter, they realized the only person inside the school bus at the time of impact was the driver, he said.

Merrimack Fire officials could be seen working to free the Honda from beneath the bus on Monday.

Although this opinion was only preliminary, Gagnon said he believed the bus could have been stopped at the time of the crash.

Gagnon did not believe the driver of the Honda sustained injuries, while the bus driver also avoided physical harm. He emphasized the crash remained under investigation.

Gagnon said the bus might have been stopped when the Honda rear ended it. Gagnon also said it looked like the bus just got rear-ended and the driver might not have been paying attention.

It took crews about 45 minutes to clear the scene, and Gagnon said it didn’t look like there was very significant damage to the vehicles involved.