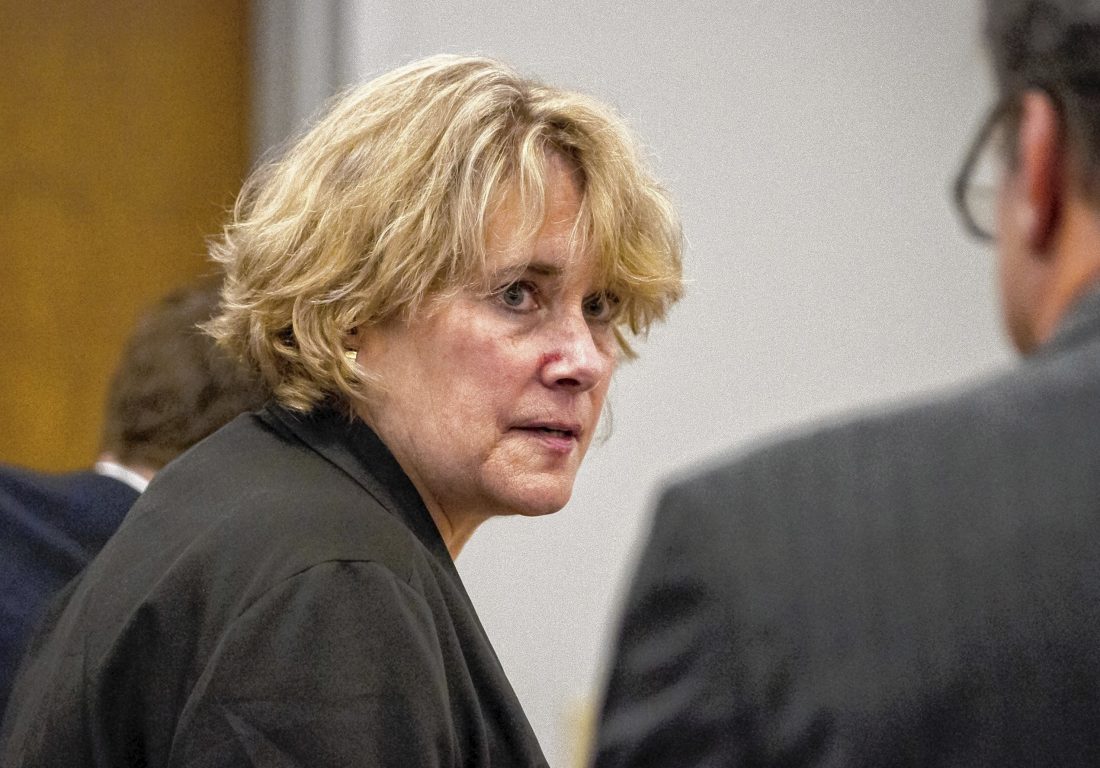 FILE - In this Sept. 6, 2017 file photo, Christina Fay of Wolfeboro attends District Court at the Carroll County Superior Courthouse in Ossipee, N.H. An attorney for Fay, convicted of 10 counts of animal cruelty after dozens of her Great Danes were found sick and living in filthy conditions in her home, is scheduled to argue her appeal before the state Supreme Court on Wednesday, Feb. 12, 2020. (Elizabeth Frantz/The Concord Monitor via AP, File)

CONCORD (AP) – Police violated a woman’s privacy by allowing an animal welfare group to take photos and video as it helped gather dozens of filthy and sick Great Danes from her mansion, material that was then posted online to raise money, the woman’s lawyer argued Wednesday before the state Supreme Court in appealing her animal cruelty conviction.

Christina Fay, of Wolfeboro, was sentenced on 17 animal cruelty charges in 2018. A judge ruled that she would serve no jail time but that she would be responsible for paying back over $1 million for care of the dogs by the Humane Society of New Hampshire, which placed them with new owners.

Authorities had gotten a search warrant and seized 84 dogs from Fay’s home. They said the animals were living in filth and had health problems. Fay said she wanted to be the primary U.S. collector of European Great Danes and had been acquiring and breeding them since 2014.

Wolfeboro police said they didn’t have the resources to transport and care for the dogs, so they enlisted the Humane Society’s help. The society agreed to pay to take care of the dogs.

A judge had earlier rejected a request by Fay’s lawyer to suppress evidence gathered by the Humane Society. Fay appealed her case and asked the state Supreme Court to vacate her convictions.

Fay’s lawyer, Theodore Lothstein, said police should have disclosed the Humane Society’s role to the magistrate that issued the warrant. A magistrate might have disagreed with that, Lothstein said.

Senior Assistant Attorney General Susan McGinnis argued that the Humane Society never really solicited funds after putting out the photos, but that it detailed its work on the case. Fay, she said, lost her right to privacy once the search warrant was issued.

McGinnis also said no court has ever required police to say whom they are planning to use to assist them on a search warrant. It was obvious from the police department’s application for the warrant that it would need help from an animal rights group, she said.