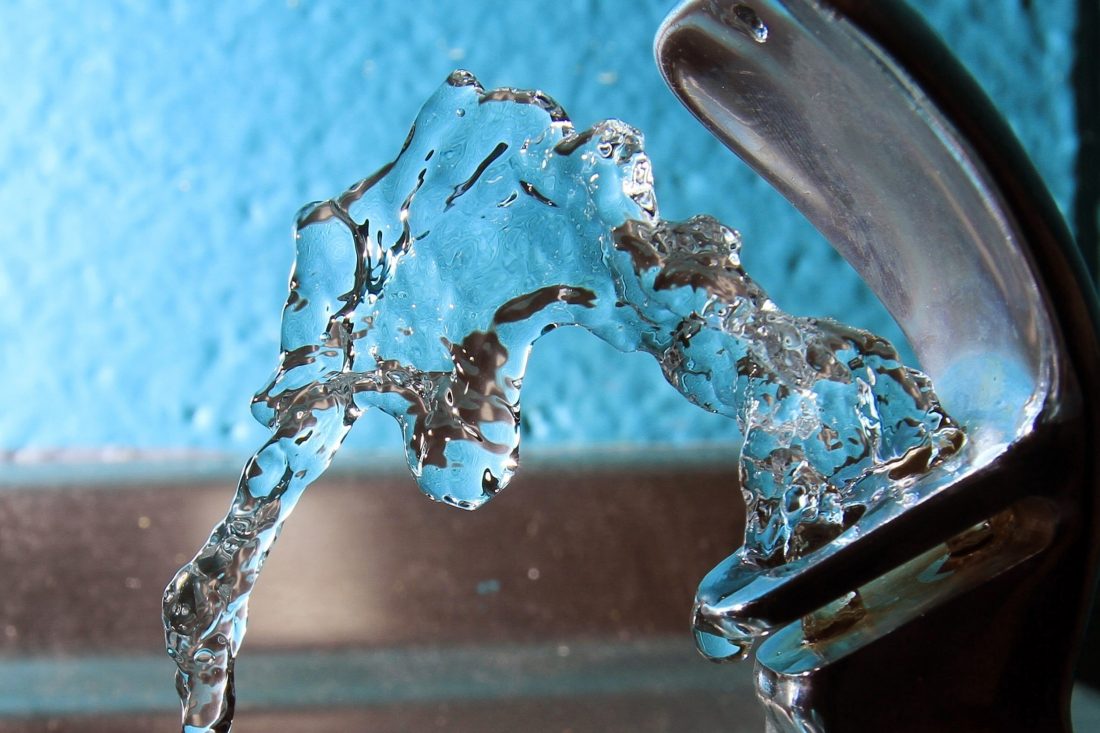 FILE - In this Friday Jan. 7, 2011, file photo, water flows from a water fountain at the Boys and Girls Club in Concord, N.H. The New Hampshire Senate gave preliminary approval Thursday, Feb. 13, 2020, to several bills meant to address concerns about contamination in the state's drinking water from a class of toxic chemicals known collectively as PFAS. (AP Photo/Jim Cole, File)

CONCORD (AP) – The saga of chemicals commonly known as PFAS contaminating water supplies in Merrimack and other New Hampshire towns took another turn on Thursday, as state Senate members gave preliminary approval to several bills regarding the matter.

Senators unanimously voted to enshrine the standards that were put forth last year by the state Department of Environmental Services for potentially harmful chemicals called perfluoroalkyl and polyfluoroalkyl substances, or PFAS.

The bill was crafted in response to a lawsuit filed by 3M, a farmer and several others who are trying to block the standards from taking effect. A judge in the case issued a temporary injunction in December that prevents the standards from being enforced.

If the bill becomes law, it would sidestep that injunction and allow the standards to be enforced – just as they are for lead and arsenic.

One of the supporters of tough PFAS standards, Mindi Messmer, is co-founder of the New Hampshire Safe Water Alliance. She said the state Senate bill circumvents “3M’s unseemly attempt to block New Hampshire citizens from clean safe drinking water when they turn on the faucet.”

A leading business group in the state, the Business and Industry Association of New Hampshire, said it was disappointed with the vote.

“Instead of letting the appeals process play out, legislators are engaged in an end run around the court,” BIA President Jim Roche said in a statement. “The legal challenge in court should be allowed to finish so that the people of New Hampshire can be sure the strictest (standards) in the country are justified and not simply an emotional overreaction.”

A lawyer representing 3M in the lawsuit over the drinking water standards did not respond to a request for comment. But in the past, 3M said that “acted responsibly in connection with products containing PFAS” and would “vigorously defend its environmental stewardship.”

Another bill that passed unanimously sets up a $50 million fund to help communities pay for complying with the news standards, including testing water, installing monitoring wells and upgrading water treatment systems.

The money could be paid back if the state reaches a settlement with the eight companies, including 3M and the DuPont Co., that it has sued, accusing them of being responsible for damage caused by PFAS.

“This is about the communities and families that have been suffering and wondering about their water,” state Sen. David Watters, D-Dover, said in support of the bill.

State Sen. Martha Fuller Clark, D-Portsmouth, said the bill recognizes that the state needed to help these communities that are not to blame for the contamination.

“It is absolutely essential that we recognize the cost of remediating this contamination for these communities would result in dramatically higher water and sewer rates for end users,” she said.

Margaret Byrnes, the executive director of the New Hampshire Municipal Association, said this addressed the communities’ concern about the impact of addressing the PFAS contamination at the local level.

“From the beginning, our issue has never been the standards themselves, but the cost of compliance,” Byrnes said in an email interview. “The Senate has taken significant step to address both the health concerns and the cost concerns for our municipalities and our citizens.”

The standards were inspired by widespread PFAS contamination across the state.

More than 700 homes in New Hampshire whose drinking water was contaminated by PFAS have been connected to new water. The state estimates more than 100,000 other people eventually could be affected.

Studies have found potential links between high levels in the body of one form of the contaminants and a range of illnesses, including kidney cancer, increased cholesterol levels and problems in pregnancies. In the case of New Hampshire, the state lowered the standards it proposed after reviewing a study that found toddlers could be exposed to PFAS through breast milk.

The battle also continues at the federal level, as New Hampshire leaders sent a letter regarding PFAS to Agency for Toxic Substances and Disease Registry (ATSDR) Director Patrick Breysse, an agency within the U.S. Department of Health and Human Services.

“While the impacted communities have been assured that the health consultations are in process, they have received little in terms of data or findings, which deprives residents of critical information about the risks and extent of PFAS contamination in their region,” U.S. Sens. Jeanne Shaheen and Maggie Hassan, along with U.S. Reps. Annie Kuster and Chris Pappas, all D-N.H., penned in their letter.