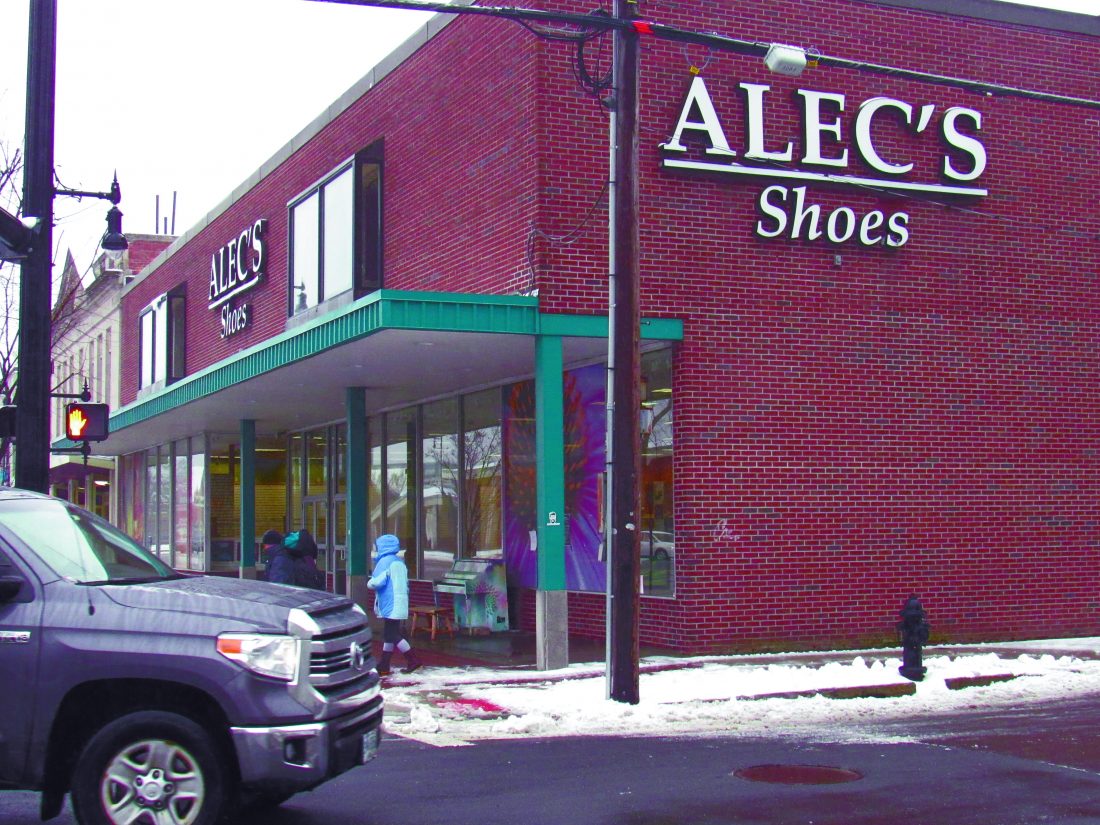 Telegraph photo by CASEY JUNKINS Another $100,000 grant from Enterprise Bank officials may help turn the former Alec’s Shoes building in downtown Nashua into the $15.5 million Performing Arts Center. A public hearing regarding plans for the PAC ran well into the night on Thursday, going beyond The Telegraph’s print deadline for today’s edition.

NASHUA – Before the venue’s first concert ever takes place, the hits keep coming for the downtown Performing Arts Center at the corner of West Pearl and Main streets, as Enterprise Bank officials confirm a $100,000 gift toward its construction.

In a related matter, a public hearing regarding the center began at 7 p.m. Thursday and continued for several hours, going beyond The Telegraph’s print deadline for today’s edition. The specific purpose of the hearing was for Board of Aldermen members to gather feedback about removing the mandate that $4 million be raised toward construction of the PAC by Feb. 13.

Details of the meeting will be available in the Saturday edition of The Telegraph.

As for the $100,000 grant, the award comes just one week after Bank of America officials announced a $250,000 contribution to the center, planned for the former Alec’s Shoes building.

“As a community bank, we believe in local enterprise and investing in the communities we serve. We are very excited about the Nashua Performing Arts Center and the impact it will have on Nashua and the region,” Enterprise CEO Jack Clancy stated via news release.

“Enterprise Bank understands that the Performing Arts Center is an entrepreneurial approach to creating a vital downtown in our city,” Nashua Community Arts Chair Rich Lannan said. “We are grateful for their investment.”

“In addition to our financial commitment, Nashua native Deborah Novotny, senior vice president and senior commercial lending officer, serves as chair of the Capital Campaign Committee and on the board of Nashua Community Arts,” Lannan added.

Designed by ICON Architecture, current plans show the center will be a flexible venue with retractable seats in the main floor audience chamber to accommodate diverse theatrical and musical performances, corporate and nonprofit events, as well as family celebrations such as weddings and other private gatherings. It is designed to seat up to 750, provide standing room for up to 1,000, and offer banquet seating for 270 people.

“We are grateful that Enterprise Bank has committed to the vision of the Nashua Performing Arts Center. With their support we would realize this vision and would build a healthier economy for Nashua and for the downtown,” Mayor Jim Donchess added.