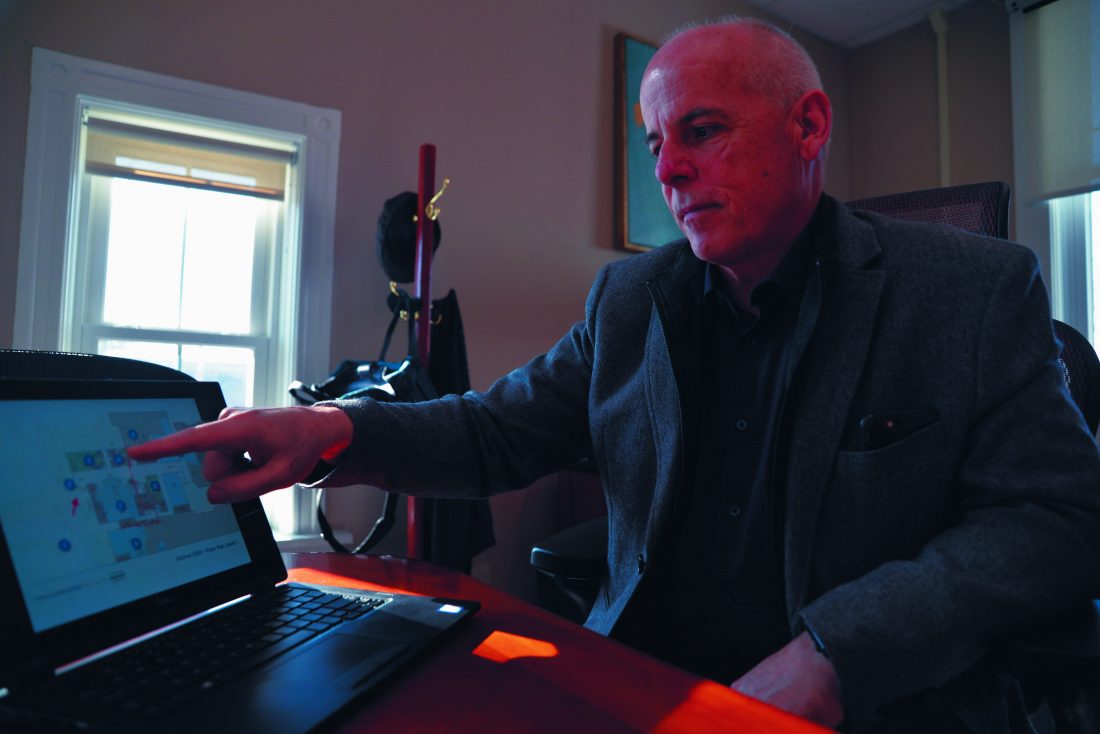 HUDSON – After multimillion-dollar renovation proposals for Alvirne High School narrowly failed to register enough public support in each of the two prior years, Hudson School District officials are trying again in 2020.

“The number one driver on this project is student safety,” Superintendent Larry Russell said of the $17.5 million endeavor.

Russell said forums took place in 2019 related to the renovation work, during which some fine-tuning occurred. There will be a deliberative session for voters at 9 a.m. today at the Hudson Community Center, 12 Lions Ave. to review the new proposal.

Members of the Hudson School Board recommend the project by a vote of 5-0. With this warrant article, 60% of those voting must approve of it for it to pass because there is a bond associated with it.

Residents can cast their votes on the matter from 7 a.m. to 8 p.m. March 10 at the Hudson Community Center, 12 Lions Ave.

Information provided by Russell shows the estimated tax impact for the owner of a $300,000 home would by $42 for the first year of the 30-year bond project. In the second year, the tax would be $126.

For the final 28 years, the cost would steadily decline for each homeowner, the documents show.

Russell said the previous two proposals were each worth $25 million. In recognizing the gymnasium was in such bad shape, officials decided they needed to take care of that right away – with the same thing occurring to the football field and tennis court. Russell said those initiatives are being funded with year-end carryover money.

With those initiatives removed from the equation, officials reconfigured what was needed, and were able to shave 30% from the project’s price tag. Also, making the auditorium smaller helped reduce the cost.

“The first aspect we’re looking at is the parking lot,” Russell said. “Right now, the parking lot is sort of the wild west when it’s arrival time and departure time.”

With the way the parking lot is configured, Russell said there are cars all over the place, and students walking back and forth, creating obvious safety hazards.

This renovation project seeks to address this issue by dedicating a parent line for cars entering for drop-offs and pick-ups that loops in and out. There is also a separate bus line included in these plans that will come in from the opposite direction and go out behind the buildings. Additionally, the plan features wider sidewalks for students to utilize on their way in and out of the building.

The school’s main entrance and cafeteria will also see improvements if voters approve. The plan is to relocate the front office, counseling office and special education office to the front of the building so that visitors will not have to go into the building at all to do any kind of business. The main office is currently located on the second floor in the center of the school, which means all visitors to the school must be escorted to their destination, therefore, taking up valuable staff time.

With this new entrance, the Student Resource Officer’s room will be one of the first offices in the main office area. This will allow the SRO to supervise the parking lot and provide better security.

Right now, one of the school’s biggest spaces is a transition-way from the career and technical education (CTE) wing into the regular wing. Russell describes this as being a “huge box” retrofitted to be a cafeteria.

This lunch room area has no walls at the moment, meaning if someone comes into the building at lunch time, they are walking right into the middle of the cafeteria. The cafeteria is 60 feet from the main entrance. The plans aim to add walls and enclose the cafeteria. That way, in the event of a lockdown situation, the doors could be secured and students would be safe inside the cafeteria.

In addition, Russell said there will be a new assistant principal office to allow for better supervision during lunch.

Russell cited safety measures in place at both Nashua High schools North and South in that when one enters either school, visitors go through a security office, which Russell said is a modern design.

“The problem with our building is, it’s not a modern design,” Russell said. “It’s a design from 1975, and so that’s 45 years old, and that’s just not fitting today’s world.”

Russell said that in 1974, the school burned down and had to be rebuilt in 1975, which took a year to rebuild in the same location. However, some of the brick walls that survived that blaze are still currently in use, as they were found to be structurally strong – 45 years ago. Additional firewalls were also installed when the school was rebuilt. Other than that, Russell said there has been no major work done since that time, with the exception of the CTE center, which he said was redone in 1992.

The gym also functions as an auditorium with a stage in there as well. As part of this project, officials want to tear down the stage and put the boys’ locker room there to be on the same level. There are also plans to dehumidify the gym.

The school currently complies with the Americans with Disabilities Act (ADA), although it can be challenging for people with mobility issues to get to the second floor. In order to improve this area, plans also include a new elevator and restrooms that accommodate students and visitors going to the second floor, the gym and the balcony level of the auditorium.

The plans include the addition of a 600-seat air-conditioned auditorium for expanding student learning, music and performing arts.

Lavallee Brensinger Architects and Harvey Construction have both been involved in this preliminary work that has been done to date, but there will have to be a bid process to determine who will actually be doing the job. If approved, the entire renovation project will take about two years to complete.

“The fact that we still have CTE going on is a condition that we have to deal with, so we’re looking at shovels going in the ground in the summer of ’21,” Russell said.