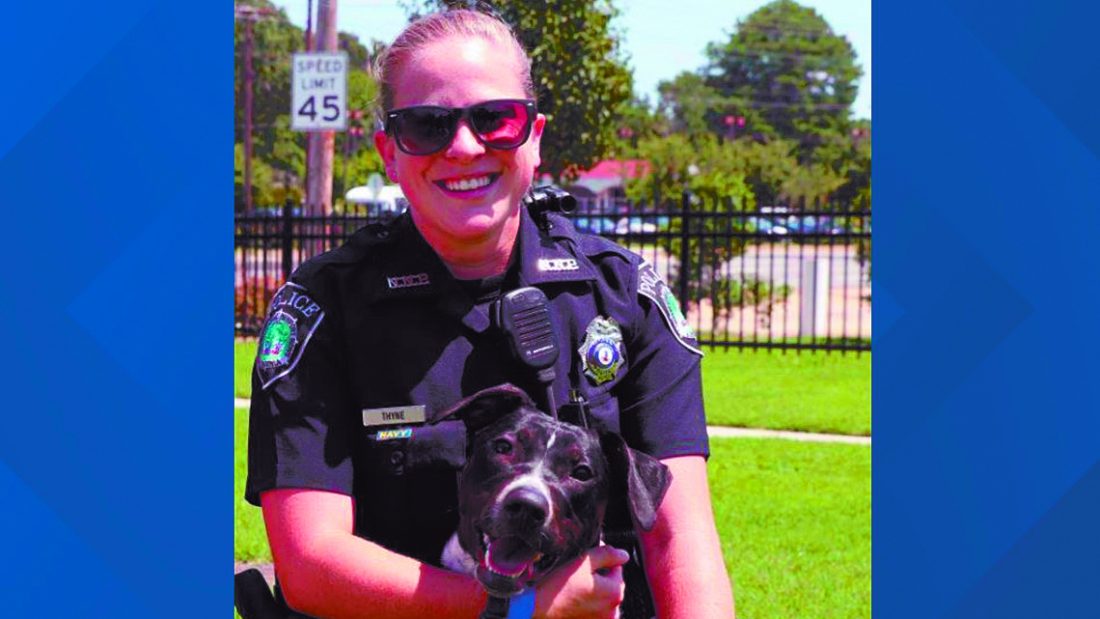 Courtesy photo Katie Thyne, a 2013 graduate of Hudson’s Alvirne High School, died late Thursday after a confrontation with a suspect while working as police officer in Newport News, Va. This photo was provided by the nonprofit Officer Down Memorial Page.

Katie Thyne, a 24-year-old police officer in Newport News, Virginia, and 2013 graduate of Hudson’s Alvirne High School, died after being dragged by a vehicle during a Thursday traffic stop.

“One officer was able to step out of the way, and she was not,” Drew said.

Drew said Thyne was pinned between the door and the tree. She was flown to a hospital in nearby Norfolk, Virginia, where she died from her injuries.

“Katie was a true hero,” Drew said, while taking long pauses during the news conference to regain his composure.

“She had been here a short time with us, but she made a big impact on this department,” the chief said. “She was just full of life. She was always smiling. Always.”

Drew identified the suspect as Vernon Green II. He said Green’s vehicle was pulled over because officers were investigating a drug complaint. He said they detected a strong odor from the car.

It was unclear on Friday if Green had hired an attorney.

Drew said police continued investigating the incident, as they have body camera footage and other evidence to process.

Newport News is a city of 180,000 people that sits along the James River near the mouth of the Chesapeake Bay. It’s home to a shipyard that builds the nation’s aircraft carriers and is near the world’s largest navy base in Norfolk.

Drew said Thyne leaves behind a 2-year-old daughter and a partner, as well as her mother, stepfather and brother.

Officials at Alvirne High School recognized Thyne’s loss via an emotional Facebook post: “The Alvirne faculty and staff would like to express our heartfelt sympathy to the family of Officer Katie Thyne who lost her life in the line of duty on 1/23/20. Katie was a graduate of the Class of 2013 and an officer with the Newport News Police Department in Virginia.”