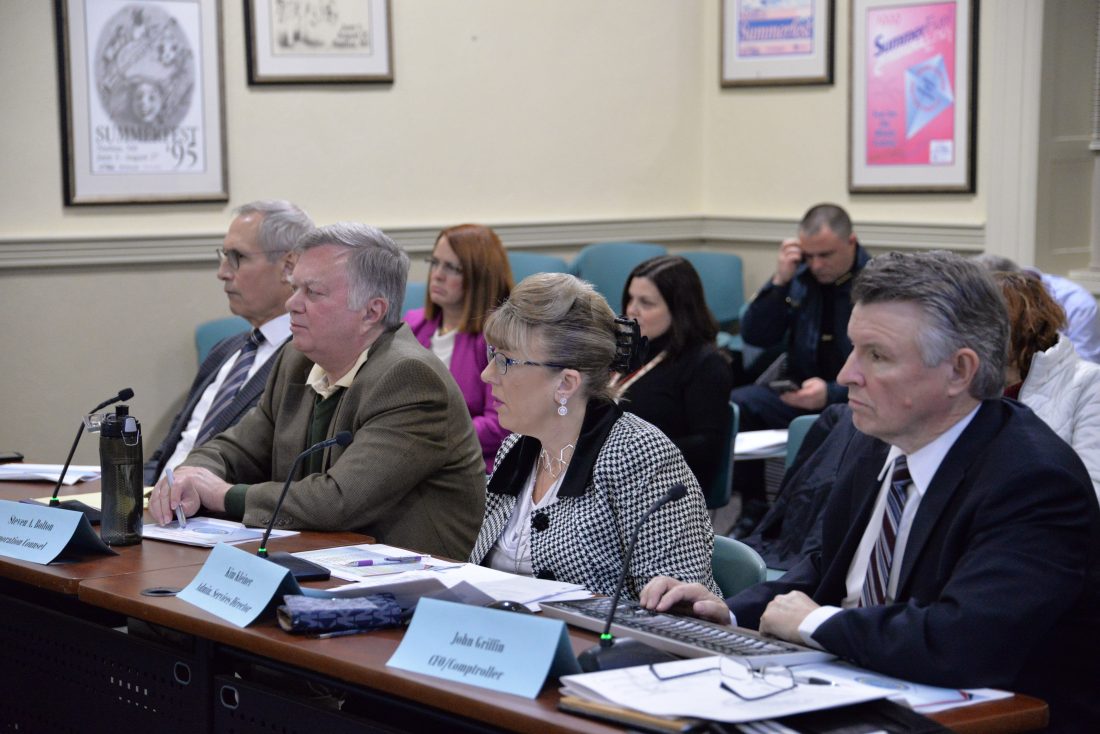 NASHUA – Higher property taxes or a reduction in services: That is the choice Mayor Jim Donchess said Nashua taxpayers now face due to skyrocketing health care costs for city employees.

At the same time Democratic presidential candidates parade through New Hampshire discussing ways to cut the cost of health care and prescription drugs – from the $20 trillion Medicare for All plans of Bernie Sanders and Elizabeth Warren, to Joe Biden’s $750 billion “public option” expansion of Obamacare, to Pete Buttigieg’s $1.5 trillion Medicare for All “who want it” plan – what is clear is that America’s current health care system is placing an ever-increasing burden on the city of Nashua, and therefore, its taxpayers.

Nashua leaders told The Telegraph they anticipate health care costs for the city, which currently employs about 2,400 workers, to continue climbing about a 9% annual clip for the foreseeable future.

Moreover, Administrative Services Director Kim Kleiner said the city is now paying about 75% more for prescription drugs as compared to 2008.

“As we go forward, I mean, we are not facing any good choices because of this,” Mayor Jim Donchess said during a special Budget Review Committee meeting last week. “I wish all this weren’t the case, but over the last few years, at least, we’ve sort of looked at taxes as a significant issue for the citizens of Nashua.”

Officials said Nashua spent more than $30 million on medical claims in fiscal 2019. Pharmacy charges jumped to $8.4 million in FY 19 as well, while nearly $1.5 million was paid to administer the claims.

Because costs are expected to continue rising through the course of the next five years, officials met with the Budget Review Committee to review scenarios to project budgeting regarding tax rates for the coming years.

Members of the Board of Aldermen and those representing employer boards were invited to attend the meeting to examine and evaluate the budgetary concerns.

For this fiscal year, officials needed to budget an 11% increase in health care costs, which equates to a $3.3 million increase in a single line item. The city’s health care consultant also projects an 8.6% increase next year. In succeeding years, the industry trend is at about 9% per year.

Donchess said officials are looking at a significant challenge.

“I think it’s important that we as a group try to decide what direction the city is going to take so that we can at least have some understanding of where we will be going over the next five years,” Donchess said.

The first scenario includes a 2.25% increase in the budget for the next five years, aside from the one line item of insurance, which is projected to increase approximately 9%. Version No. 1 is a 2.25% increase, and to hit that version, wages would need to jump an average of 2.25% because wages, aside from the cost of health insurance, are the driver of the budget. If the budget goes up 2.25% for the next five years, and health care increases 9%, while the tax base remains relatively stable, these approximate tax increases would be implemented:

Scenario No. 2 would instead increase budgets and wages by 3% across the board. In this scenario, these approximate tax increases would occur:

Scenario 3 would increase budgets and wages across the board by 3.5%, and in this situation, these approximate tax increases would take place:

Chief Financial Officer John Griffin said Donchess has provided guidance for the four large groups of employees in the city – Police, Fire, School and Division of Public Works – at 2.25% and further suggesting that the rest of the budget line items to increase no more than 2%.

“If we held the budget to that level for five years, you would see major service cuts because we could not increase compensation, at the same time increasing health care, while at the same time keeping services at the current level,” Donchess said.

The third approach would be to reduce services.

Donchess said another approach could be trying to negotiate changes in the health care provisions of union contracts moving forward, which would push more costs onto employees.

“That’s a large number of agreements that will be flowing through the board that are being negotiated by city employees and employer boards,” Administrative Services Director Kim Kleiner said.

Kleiner also said collective bargaining units watch other units as they enter negotiations. With pharmacy claims at $8.4 million, and more than $30 million in medical claims for FY 19, Kleiner said officials are seeing the trends continue in FY 20.

“We’ve seen those already start to trend pretty true to budget for this year with over $21 million in claims already hitting our books for fiscal 20,” Kleiner said. “I caution a little bit here because generally, later in the fiscal year, you see claims start to jump up. That is often because people have met their deductibles, so you may see more claims at the end of the fiscal year than you see at the beginning. So, we’re watching that line item very carefully.”