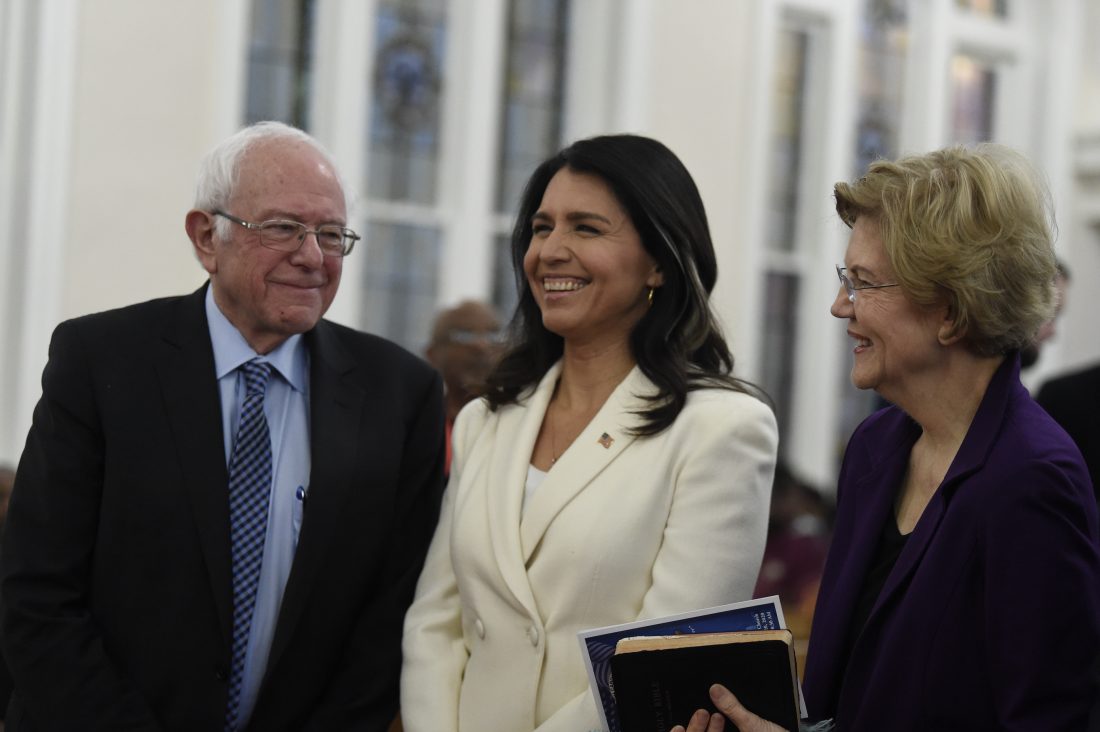 NASHUA – Should America dump private health insurance in favor of a Medicare for All strategy, which former Vice President Joe Biden claims may cost taxpayers as much as $40 trillion?

Are the women who each received an endorsement from The New York Times – Elizabeth Warren of Massachusetts and Amy Klobuchar of Minnesota – ready to capitalize on this and distinguish themselves?

Can Bernie Sanders of Vermont, a man who has proudly called himself a democratic socialist for decades, ride a wave of grassroots populism to the White House?

Is the U.S. ready for its first openly gay president in the form of Indiana’s Pete Buttigieg, who would also be the youngest person ever elected to the office?

Could media mogul and former New York City Mayor Michael Bloomberg use his $50 billion-plus fortune to become president without even registering to run in New Hampshire’s first-in-the-nation (#FITN) primary?

Can another billionaire in the form of California’s Tom Steyer really “stand up to (President Donald) Trump,” as a supporter says in one of Steyer’s many campaign commercials?

Could an underdog contender such as Tulsi Gabbard of Hawaii, Andrew Yang of New York, Deval Patrick of Massachusetts, Michael Bennet of Colorado, or John Delaney of Maryland make such a splash in New Hampshire that it propels him or her into a more favorable position?

The campaign that is New Hampshire’s 2020 presidential primary is nearing a finish. Three weeks from tonight, Feb. 11, candidates and supporters will be hoping for the best as election returns roll in, while myriad media organizations – from local to global – will be hard at work to report the results.

• Monday tweet: “We can’t just mobilize the Democratic base. We also have to win back some of the nine million people who voted twice for Barack Obama and once for Donald Trump.”

• Monday tweet: “In times of crisis and division, a president should seek to calm and heal. But time and again, President Trump has chosen to further stoke the flames. He is poison to the soul of our nation.”

• Monday tweet: “The discovery of unused disaster aid in Puerto Rico is unconscionable. For the past two years, the suffering of our fellow citizens there has been compounded by political games & mismanagement. America is at its best when we unite to help those in need. Puerto Rico needs us now.

• Monday tweet: “One year from today, one person will stand in front of the Capitol and take an oath to preserve, protect, and defend the Constitution as our president. Will it be the man who is on trial for violating that oath, or someone who will turn the page on Washington’s broken politics?”

• Monday tweet: “The best way for us to honor the extraordinary life and singular contributions of Dr. King is to model ourselves on the values he embraced – nonviolence, service, compassion, and courage – and work to end poverty, racism and live a life in service to others.”

• Monday tweet: “I experienced early on I was happiest working for the well-being of others and the planet. It’s why I ran for/was elected to the Hawaii state legislature, why I enlisted and volunteered to deploy to Iraq, why I’ve served 7 years in Congress, and why I’m now running for president.”

• Monday tweet: “We must heed the words of Dr. King, that we are all “tied in a single garment of destiny. Whatever affects one directly, affects all indirectly.” On #MLKDay, we remember his message and continue the fight for justice.”

• Monday tweet: “Your vote is your vote. This election isn’t up to pollsters or newspapers or pundits, it’s up to the people. We can win in November and defeat Donald Trump if we ignore conventional wisdom and believe in what’s possible. If we just keep worrying about the moment– we’ll miss it.”

• Monday tweet: “If we do not allow Trump and his friends to divide us by the color of our skin, where we were born, our sexual orientation or our religion – if we stand together, there is nothing that we cannot accomplish in the fight for racial, economic, social and environmental justice.”

• Monday tweet: “If you want to represent the Democratic Party, you need to take climate change seriously. For months, I’ve been calling on Democratic candidates to stop using private planes. Fellow Democrats – it is time to start treating climate change like the crisis it is.”

• Monday tweet: “Let’s fix the problems for the next generation.”