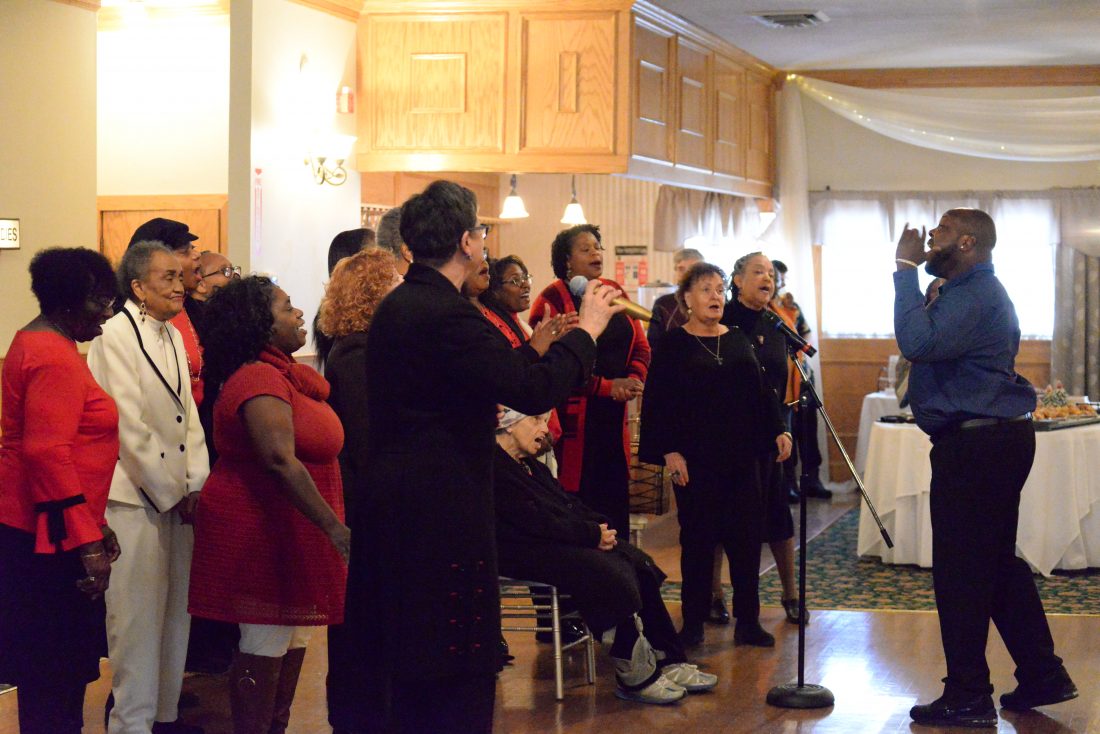 New Hampshire was the last state to declare a holiday to include King’s name before then-Gov. Jeanne Shaheen signed legislation declaring MLK day as an official state holiday in 2000. Prior to this measure, the day in New Hampshire was known as “Civil Rights Day.”

The civil rights activist was assassinated in 1968, while a campaign for a federal holiday in his honor began soon after. President Ronald Reagan signed the holiday into law in 1983, although it was first observed three years later.

While it took years after King’s assassination to enact a holiday honoring his life and legacy, Nashua acknowledged the activist well before the rest of New Hampshire did. Under the leadership of Mayor Jim Donchess, during his first run as mayor in 1987, Nashua became the first city in New Hampshire to recognize MLK Day.

“Here in Nashua, I’m proud of what we’ve done to become an inclusive city – one in which everyone is recognized, everyone is validated, everyone belongs – because we do not have us and them, we have just us, Nashuans,” Donchess said while standing at a podium positioned at the center of the head table during Monday’s 36th annual MLK Day Breakfast in Hollis.

Many people gathered at Alpine Grove Banquet Facility Monday morning for this annual event to celebrate the life, legacy and teachings of King. This decades-long tradition is hosted by Southern New Hampshire Outreach for Black Unity (OBU).

Donchess was one of multiple speakers to address attendees, while he also gave a proclamation to members of OBU to recognize their efforts through the year.

Gov. Chris Sununu was another speaker seated at the head table. While sharing his remarks, Sununu recalled that after entering office, he learned the state did not have a division dedicated to addressing matters of civil rights. Under his leadership, the New Hampshire Department of Justice launched the Civil Rights Unit.

Whatever the issue is, whether it be mental health, opioid addiction or injustices, Sununu believes the focus should be on helping the individual. The governor said “Live Free or Die” is more than just four words on a license plate, as it should guide those who lead New Hampshire. Sununu also said New Hampshire does not govern from the top down, in which a system would be created by which resident shall abide.

“Government is not here to solve problems,” Sununu said. “Don’t believe in government. It’s not faith. Believe in yourselves, and that’s what this is all about.”

While underpinning the importance of the individual, Sununu also said that positive change initiated in the 1960s did not occur because of big government, but because of individuals.

“The best results come from you, and your communities and your leadership in your communities,” Sununu said. “And the fact that you’re here, and standing up, and sharing ideas, and learning something new, and being able to look each other in the eye – treat each other with respect. We do it pretty darn well here. Don’t get me started on Washington.”

Event host Patrina Ealy said while King’s full dream still has not been realized, seeing diversity in the banquet hall shows that progress has been made. Ealy said those seated before her should appreciate this.

Keynote speaker Arnie Alpert shed light on some of the progress made in New Hampshire since the civil rights movement began decades ago. Alpert has faithfully attended each breakfast for 36 years it, providing political updates and historical context. The long-time supporter wears many hats in New Hampshire, as the co-director of state office of the American Friends Service Committee, and also a founding board member to New Hampshire Coalition to Abolish the Death Penalty; a training coordinator for New Hampshire Poor People’s Campaign; an initiator of Interfaith Voices for a Humane Budget – now known as New Hampshire Voices of Faith – among other civil rights and humanitarian-related initiatives.

While much progress has been made through the years, some of the same problems King fought to erase persist. Alpert said King tells followers that the final step is not the defeat of adversaries, nor is it winning an election. The final step is instead the creation of a loving community.

“We got to keep that in mind in every step of the way as we go forward, and that’s what I want to encourage us all to do as we face the issues that we’ve got right now,” Alpert said.