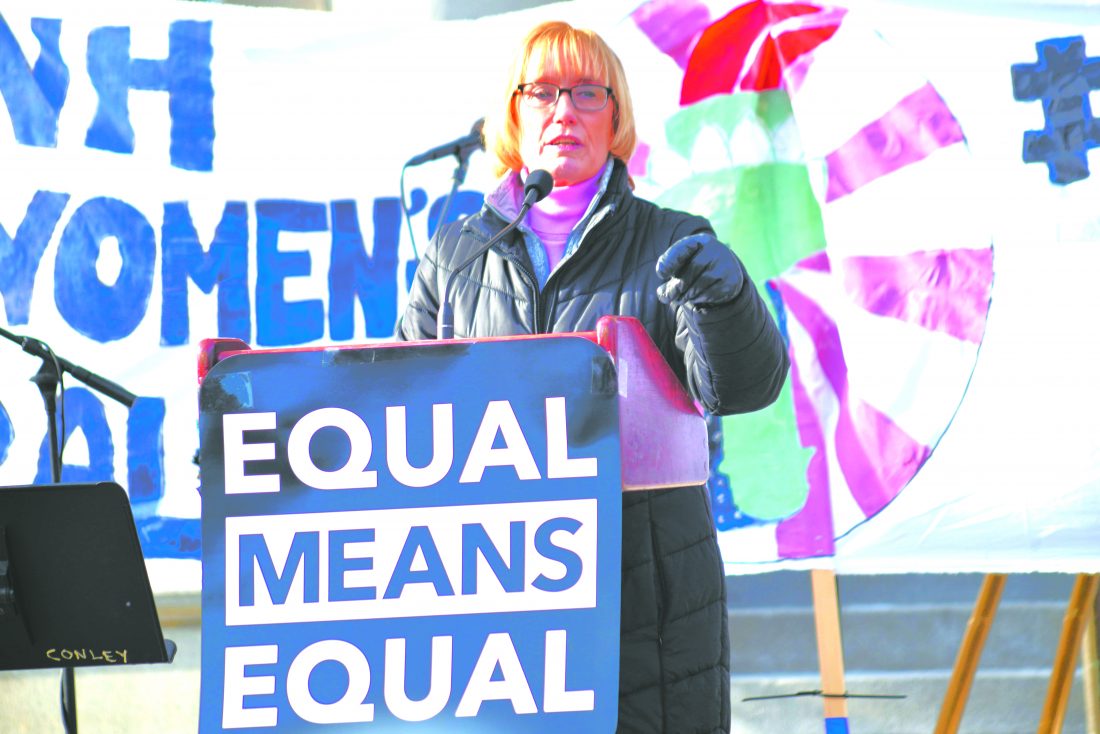 NASHUA – The famous pink hats meant to symbolize female genitalia should be back today, as the fourth annual New Hampshire Women’s Rally is set for noon at the State House in Concord.

This is but one of hundreds of similar rallies scheduled for today throughout the nation. The first march took place on Jan. 21, 2017, the day after President Donald Trump’s inauguration, as a way for feminists and other liberals to express solidarity against the Republican.

The anti-Trump movement of 2020, some say, is more organized and more focused. Many have moved from protesting to knocking on doors for candidates, mailing postcards to voters, advocating for specific causes or running for office.

However, the movement also is more splintered than it was when protesters flooded Washington, D.C. the day after his inauguration for what is generally regarded as the largest protest in the city since the Vietnam War era. There have been schisms about which presidential candidates to back in 2020, as well as disagreements about race and religion and about whether the march reflected the diversity of the movement. Those divisions linger even as many on the left say they need a united front heading into November’s election.

The disputes led to dueling events in New York City last year, the resignation of some national Women’s March leaders and the disbanding of a group in Washington state.

Organizers expect this year’s Women’s March, which is scheduled for Saturday in over 180 cities, including Washington, D.C., to have about the same turnout as last year, when about 100,000 people conducted a rally east of the White House. Instead of a single big event, the group has been engaging in actions in a run-up to the march this week around three key issues: climate change, immigration and reproductive rights.

The week reflects that the movement is “moving into the next stage,” said director Caitlin Breedlove.

“It’s not that there are fewer people mobilizing — it’s that they’re mobilized in different campaigns. There’s more to do,” Alexander said. “I don’t believe people are tuning out. I think people are lying in wait.”

While waiting, many have passed on some major moments in Trump’s presidency. Resistance groups rallied on the eve of the House vote for impeachment, but even some of those who participated said they were disappointed more people didn’t turn out.

Several organizations also said much of their organizing is done through social media or text message and email programs, which are less visible but have a significant impact. In 2018, the Women’s March had more than 24 billion social media impressions, Breedlove said.

Atef Said, a sociology professor at the University of Illinois at Chicago, said all social movements evolve over time. He said the Trump resistance movement is global and will continue regardless of whether Trump is re-elected.

“Movements always rise and decline in terms of numbers on the ground,” he said.

Maya Wells, a 21-year-old political science senior at the University of North Carolina at Charlotte, was a speaker at a rally last week in Charlotte. Wells, who is Persian American and has family in Iran, said she doesn’t look at the numbers of people who turn out but rather at the fact that they took time out of their day to be there.

“I see more people coming. Because some of my friends who are conservatives and voted for Trump, they’re against this,” she said, adding that the most recent protest wasn’t the last.

“There will be more days to come,” Wells said. “I have no doubt in my mind.”