Aldermanic Chamber to close for renovations 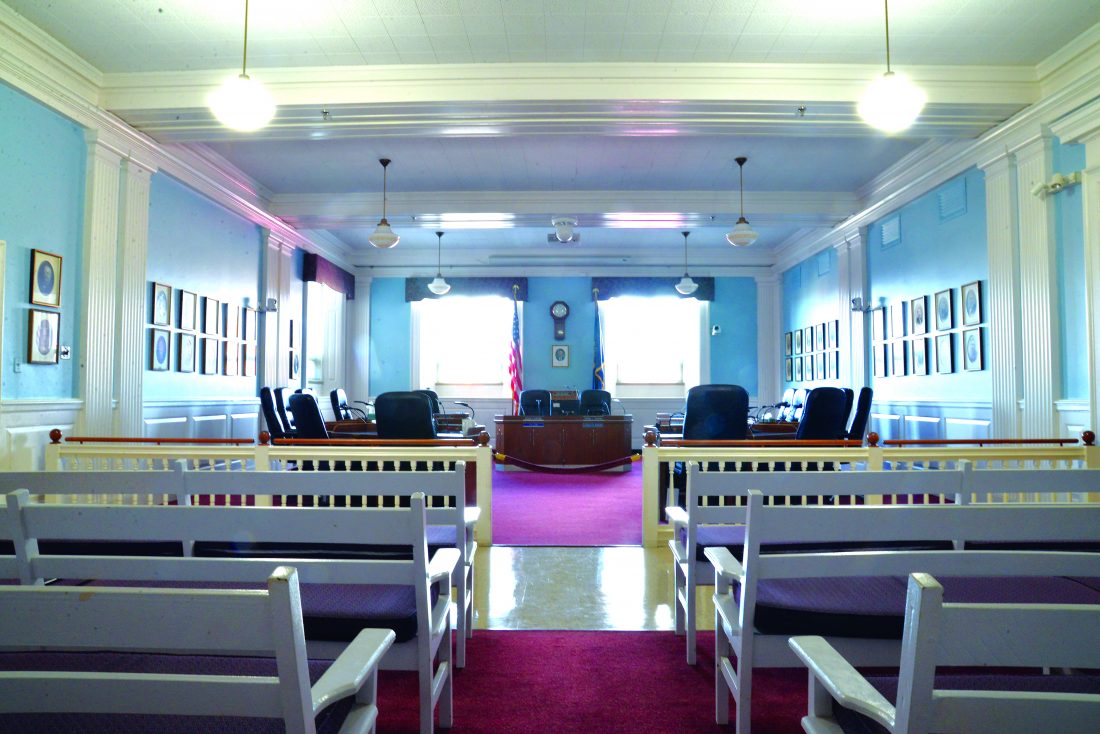 NASHUA – An estimated $135,000 will go to renovating the Aldermanic Chamber in Nashua City Hall, according to officials.

Leaders said there have been no updates for about 20 years, but this is slated to change in February.

A renovation project has been discussed by members of the Board of Aldermen for years, and members have been setting money aside to help pay for the work for quite some time.

Board President Lori Wilshire said she believes the desks were either manufactured in the 1920s or 1930s. Due to their porous material, she said the surface of the desks used by board members are at the point where they cannot be cleaned anymore.

The lighting and microphones are not optimal either, according to Wilshire. She said four or five years ago, an alderman turned on their light and it began shooting sparks. Some of those lights have been replaced, but overall, the chamber has not had an update for 20 years.

In an email, Administrative Services Director Kim Kleiner stated this project with DL King & Associates totals $94,900, in addition to $40,000 from the aldermanic escrows.

“These costs do not include technology upgrades such as microphones,” Kleiner said.

She said the microphone upgrades required a separate request for proposal, and the bids for that were due Wednesday.

“(Mayor Jim Donchess) was gracious enough to let us use the (City Building Fund) because that’s really what it’s there for,” Wilshire said.

DL King is the contractor who won the bid. The project will entail getting new desks, new paint, new carpet and new benches. There will also be audio improvements for better sound, as well as new lights and better video. Officials were going to install a TV monitor screen on all desks, but decided to do TVs on the wall to save money.

While this work occurs, Wilshire expects the chamber to be closed for up to six weeks. Work will begin around Feb. 1 and is expected to conclude by the second week of March.

Wilshire said officials will have to get creative with where they locate their meetings during the renovation period.

Wilshire said that during the previous makeover, the desks, lights and sound were not replaced, as officials just ordered new paint and carpet work. This is a more extensive project, she said.

“We spend three to four nights a week there for hours,” Wilshire said. “It’s the people’s house, the people’s city hall, and it’s been a long time since any work has been done in there. It just needs a makeover – a fresh start.”