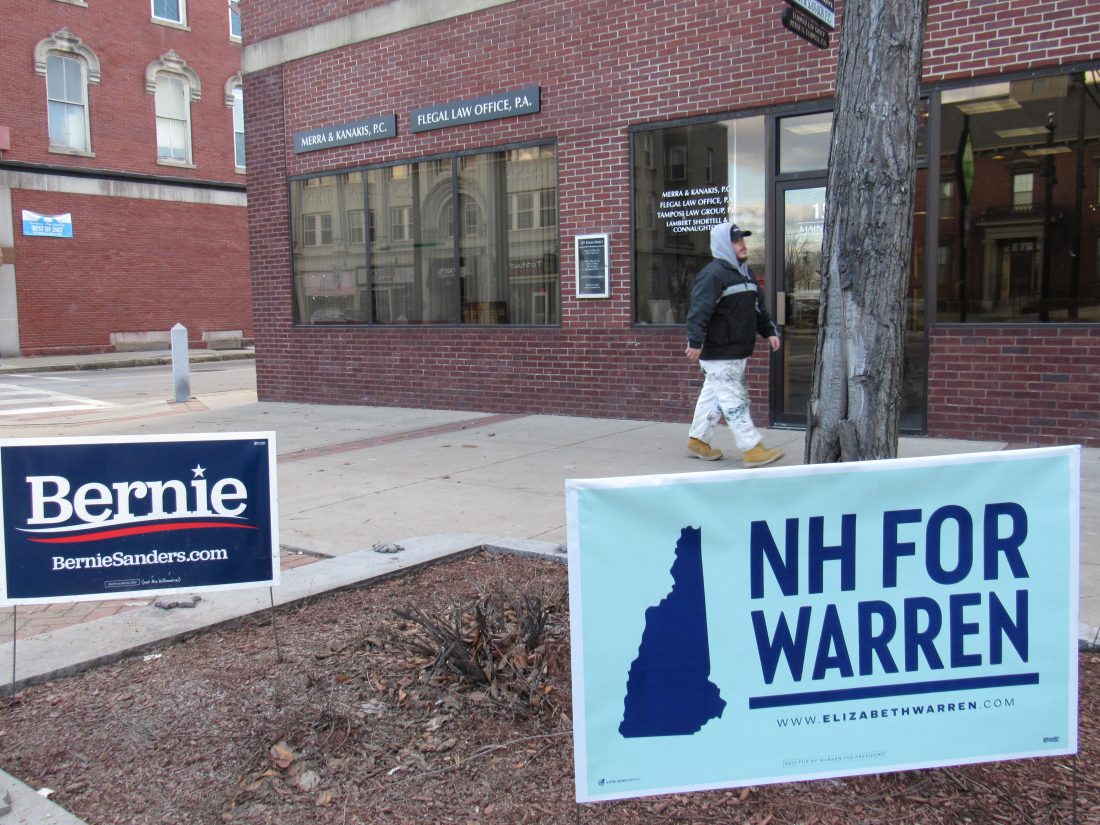 NASHUA – Perhaps, it was only a matter of time before liberal Democratic presidential contenders Bernie Sanders and Elizabeth Warren engaged in a public disagreement.

Both progressive members of the U.S. Senate advocate for:

• Increasing federal spending by at least $20 trillion to fund Medicare for All single-payer health care;

• Using taxpayers’ money to pay off virtually all student loan debt for everyone in America, while also providing free public college to those who have yet to go; and

However, as New Hampshire’s first-in-the-nation (#FITN) presidential primary draws closer, the pressure may be getting to the senators representing the bordering states of Vermont and Massachusetts.

Months of harmony for Warren and Sanders came to an abrupt end on Monday, as she said that, during a private 2018 meeting between the pair, he disagreed when she said a woman could win the presidency. Sanders forcefully denied saying that, but both repeated their differing accounts during Tuesday’s presidential debate in Des Moines, Iowa.

CNN broadcast the Tuesday debate in Iowa. Late Wednesday, the network released the audio recording of the exchange between Sanders and Warren when she declined his handshake.

A review of that recording as provided by CNN indicates this was the verbal exchange:

Warren: “I think you called me a liar on national TV.”

Warren: “I think you called me a liar on national TV.”

At that point, candidate Tom Steyer of California interrupted, allowing for a separation of Sanders and Warren.

“I’m sad and frustrated because we have all worked so hard to get here. Our movement has captured the hearts and minds of America — the majority of Americans want a political revolution and big, structural change,” tweeted Alexandra Rojas, executive director of the progressive groups Justice Democrats.

Both Sanders and Warren seemed eager to get back to the campaign late Wednesday.

Warren added through Twitter: “Despite the challenges we face, I left the #DemDebate stage with a heart full of hope. This is our moment to fight for big, structural change, and we will build it together.”