In a dramatic procession across the U.S. Capitol in Washington, D.C. late Wednesday, House Democrats carried the formal articles of impeachment against President Donald Trump to the Senate, setting the stage for only the third trial to remove a president in American history.

Trump complained anew it was all a “hoax,” even as fresh details emerged about his efforts in Ukraine.

Via Twitter, Trump said: “Here we go again, another Con Job by the Do Nothing Democrats. All of this work was supposed to be done by the House, not the Senate!”

The ceremonial pomp and protocol by the lawmakers prosecuting the case against Trump moved the impeachment from the U.S. House run by Speaker Nancy Pelosi, D-Calif., to the Republican-majority Senate, where the president’s team is mounting a defense aiming for swift acquittal.

Today, the Senate will transform itself into an impeachment court. The Constitution calls for Chief Justice John Roberts to preside at the trial, administering the oath to senators who will serve as jurors and swear to deliver “impartial justice.”

Senate Majority Leader Mitch McConnell, R-Ky., pledged to have the Senate “rise above the petty factionalism” and “factional fervor and serve the long-term, best interests of our nation.” He called it “a difficult time for our country.”

U.S. Sens. Jeanne Shaheen and Maggie Hassan, both D-N.H., will serve as two of the 100 jurors during the impeachment proceedings. Though in the opposition party, both Shaheen and Hassan said the want to see a “fair trial” for Trump.

“Our founders believed, as I believe, that nobody is above the law in this country. That is why they laid out a process for impeachment in the Constitution,” Shaheen said. “The charges against the president are very serious and warrant a fair trial – that is what the American people expect. As a juror in this trial, I will soon take an oath to impartially evaluate the evidence and come to a determination.

“Particularly in light of new evidence, this trial should include witnesses who can provide additional firsthand information as well as the many documents being withheld by the Trump administration. We should all agree that it is imperative to reveal the whole truth,” Shaheen added.

“When the trial begins, I will join all senators in taking an oath to be impartial, to abide by our country’s values, and to uphold our Constitution. As part of fulfilling that responsibility, I will continue to push for a fair and thorough trial that ensures that all senators –and the American people — have full access to all relevant information and facts. I hope that my Republican colleagues will join me in supporting a fair trial, including hearing from witnesses with firsthand knowledge of the president’s actions, in particular Chief of Staff Mick Mulvaney and former National Security Adviser John Bolton,” Hassan said.

Early Wednesday, the House voted 228-193, almost entirely along party lines to deliver the charges. The split reflected the deeply divided nation at the start of this presidential election year. It came one month after the House impeached Trump alleging he abused his presidential power by pressuring Ukraine to investigate Democratic rival Joe Biden, using military aid to the country as leverage. Trump was also charged with obstructing Congress’ ensuing probe.

“This is what an impeachment is about,? Pelosi said before the vote. “The president violated his oath of office, undermined our national security, jeopardized the integrity of our elections.”

Trump’s political campaign dismissed the House effort as “just a failed attempt to politically damage President Trump leading up to his re-election.”

The top Republican in the House, Kevin McCarthy of California, said Americans will look back on this “sad saga” that tried to remove the president from office with the “weakest case.”

The president’s team expects acquittal with a Senate trial lasting no more than two weeks, according to senior administration officials unauthorized to discuss the matter and granted anonymity.

That’s far shorter than the last presidential impeachment trial, of Bill Clinton, in 1999, or the first one, of Andrew Johnson, in 1868.

As McConnell sets the rules for the trial, Trump has given mixed messages about whether he prefers lengthy or swift proceeding, and senators are under pressure with the emerging new evidence to call more witnesses for testimony.

The seven-member prosecution team was led by the chairmen of the House impeachment proceedings, Reps. Adam Schiff of the Intelligence Committee and Jerry Nadler of the Judiciary Committee, two of Pelosi’s top lieutenants.

“President Trump gravely abused the power of his office,” Nadler said. “He did all this for his personal political gain.”

Ahead of Wednesday’s session, Schiff released new records from Lev Parnas, an associate of Trump lawyer Rudy Giuliani, about the Ukraine strategy, including an exchange with another man about surveilling later-fired Ambassador Marie Yovanovitch.

Schiff said the new evidence should bring more pressure on McConnell, who is reluctant to allow witnesses to testify and prefers swift acquittal.

“The challenge is to get a fair trial,” Schiff said in an interview with The Associated Press. “It shouldn’t be a challenge — if the senators are really going to live up to their oath to be impartial, they’ll want a fair trial. That’s obviously not where Mitch McConnell is coming from.”

Trump’s trial will be only the third presidential impeachment trial in U.S. history, and it comes against the backdrop of a politically divided nation in an election year.

The managers are a diverse group with legal, law enforcement and military experience, including Hakeem Jeffries of New York, Sylvia Garcia of Texas, Val Demings of Florida, Jason Crow of Colorado and Zoe Lofgren of California.

Two are freshmen lawmakers — Crow a former Army Ranger who served in Iraq and Afghanistan, Garcia a former judge in Houston. Demings is the former police chief of Orlando and Jeffries is a lawyer and member of party leadership. Lofgren has the rare credential of having worked on the congressional staff investigation of then-President Richard Nixon’s impeachment — he resigned before the full House voted on the charges — and then being an elected lawmaker during Bill Clinton’s.

McConnell faces competing interests from his party for more witnesses, from centrists who are siding with Democrats on the need to hear testimony and conservatives mounting Trump’s defense.

Senate Republicans signaled they would reject the idea of simply voting to dismiss the articles of impeachment against Trump, as Trump himself has suggested. McConnell agreed he does not have the votes to do that.

Sen. Susan Collins of Maine is leading an effort among some Republicans, including Mitt Romney of Utah, Lisa Murkowski of Alaska and Lamar Alexander of Tennessee to consider Senate witnesses. She told reporters she was satisfied the rules will allow votes on that.

Romney said he wants to hear from Bolton, the former national security adviser at the White House, who others have said raised alarms about the alternative foreign policy toward Ukraine being run by Giuliani.

Those four senators could force votes. Republicans control the chamber, 53-47, and are all but certain to acquit Trump. But it takes just 51 votes during the trial to approve rules or call witnesses. It also would take only 51 senators to vote to dismiss the charges against Trump.

McConnell prefers to model Trump’s trial partly on the process used for Clinton’s impeachment trial in 1999. It, too, contained motions for dismissal or calling new witnesses.

McConnell is hesitant to call new witnesses who would prolong the trial and put vulnerable senators who are up for re-election in 2020 in a bind with tough choices. At the same time, he wants to give those same senators ample room to show voters they are listening. 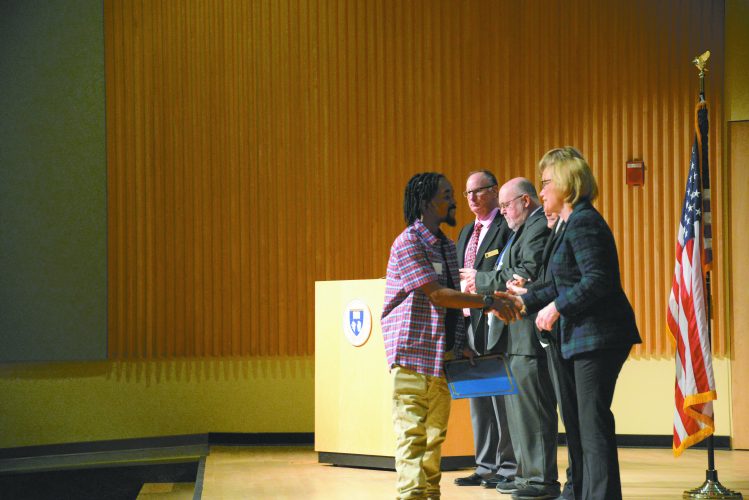 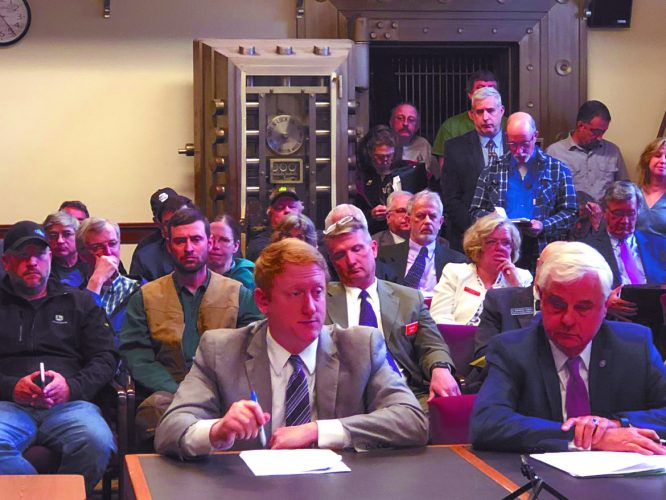