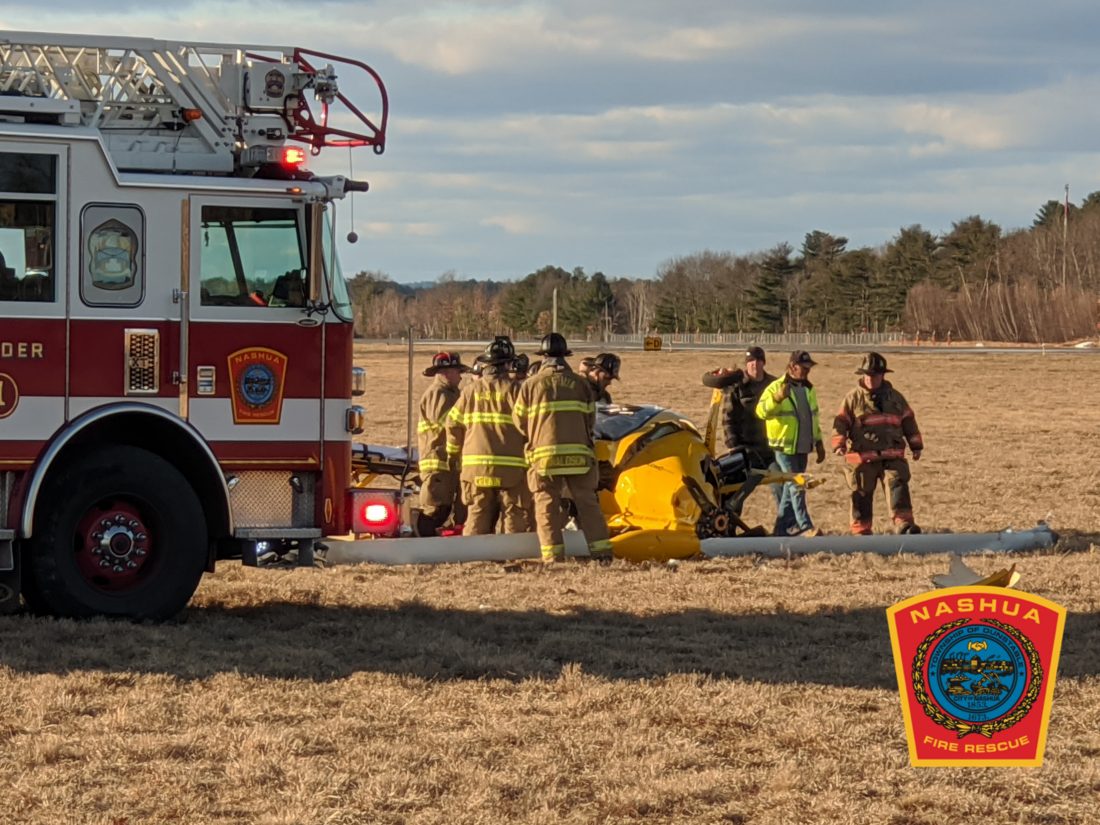 NASHUA — One person is injured after a gyrocopter crashed between the two runways at the Nashua Airport this afternoon.

A gyrocopter is a small, single-seat helicopter.

According to Nashua Deputy Fire Chief Steve Buxton, rescuers found the pilot trapped in the aircraft. Officials extricated the pilot and took him to a local hospital for treatment of unspecified injuries.

Buxton said officials with the Federal Aviation Administration are on their way to the scene to investigate the crash.