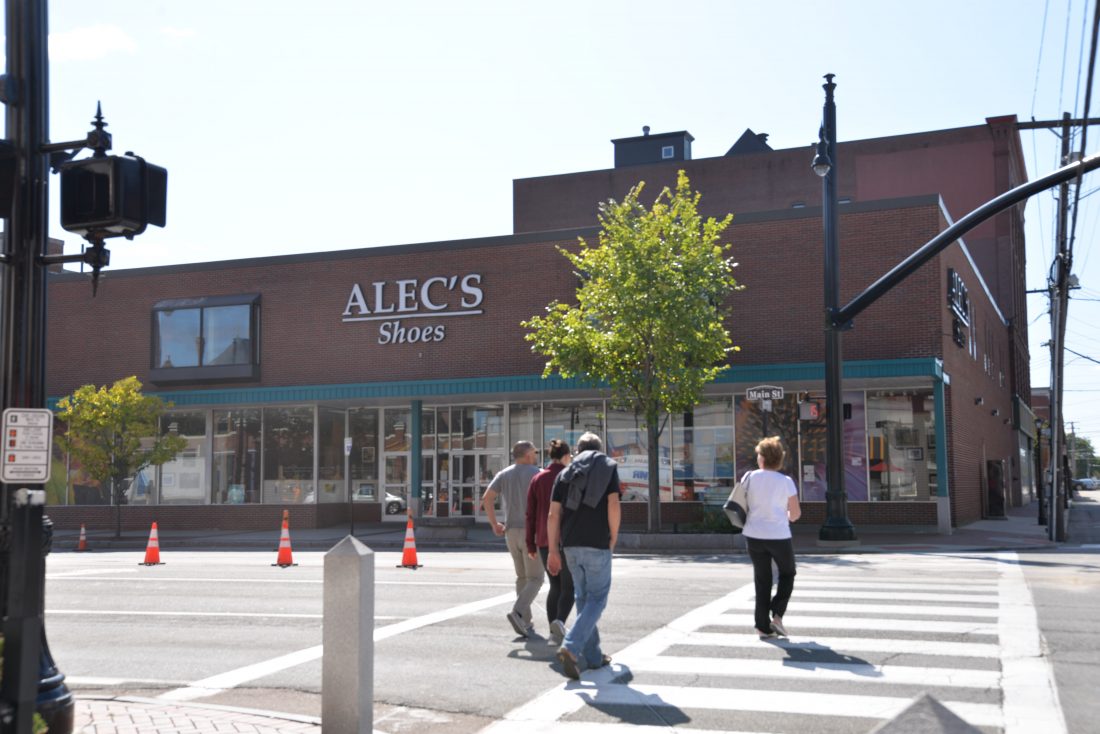 NASHUA – On Feb. 13, 2018 – nearly two years ago – Board of Aldermen members passed a resolution to sell $15.5 million worth of bonds to build the Performing Arts Center at 201 Main St.

“This resolution shall expire two years from its effective date in the event that $4 million has not been raised prior to that date,” the resolution states.

During today’s 7:30 p.m. meeting in the Aldermanic Chamber of City Hall, 229 Main St., BOA members will consider a resolution, which states, “This amendment removes the two-year time period for raising private funds.”

Officials said raising $4 million in private funds for the planned PAC is no longer necessary, so they will now determine the next course of action.

Options for the property that formerly housed Alec’s Shoes include:

• Extending the deadline to raise the $4 million;

• Eliminating the need to raise the $4 million; or

• Simply abandoning the project, while absorbing the cost of all studies and preparation work associated with the plans.

On Monday, Alderwoman Patricia Klee posted her view of the PAC project via her Facebook page. She said the amendment would remove the two-year deadline.

Despite having that two-year fundraising window in place from February 2018, the Capital Campaign did not get started until last summer.

“I can say for me, I was naive and did not realize that we couldn’t start doing the fundraising the moment it was signed,” Klee said via telephone Monday afternoon.

While a dollar amount has yet to be disclosed, Klee also told The Telegraph on Monday that some of the $4 million figure has been met. Originally, officials agreed the city will not run the PAC; rather, it would be run through a 501(C)(3) nonprofit organization, sparking the need for a $4 million trust. Through this nonprofit, interest off the trust would be used to maintain and program the PAC.

However, officials said the money is no longer needed due to Spectacle Management taking on the responsibility for the cost associated with programming the PAC.

Another available option, which Klee opposes, would be to stop the project altogether and sell 201 Main St. The alderwoman prefers either extending or eliminating this imposed deadline and continuing efforts to raise the $4 million, which could be used to cover additional costs associated with the project.

Now that the $4 million is no longer needed with Spectacle involved, Klee said officials still want to raise those funds, which she said could be used toward the construction or related purposes.

“I believe in the project, but I also believe that when we approved the original R-18-001, we made a mistake,” Klee said in her Monday Facebook post. “That mistake was not understanding the timeline of any large project such as the Performing Arts Center (PAC).”

Officials said they eventually learned they could not start a successful capital campaign without a true preliminary design. Officials sought to secure larger donations first, before switching their attention to smaller, grassroots campaign consisting of smaller donations. Securing big-dollar donations at this point without a design to show what individuals are donating toward was unlikely. Once that strong design was on-hand, the capital campaign truly began, although later than originally planned.