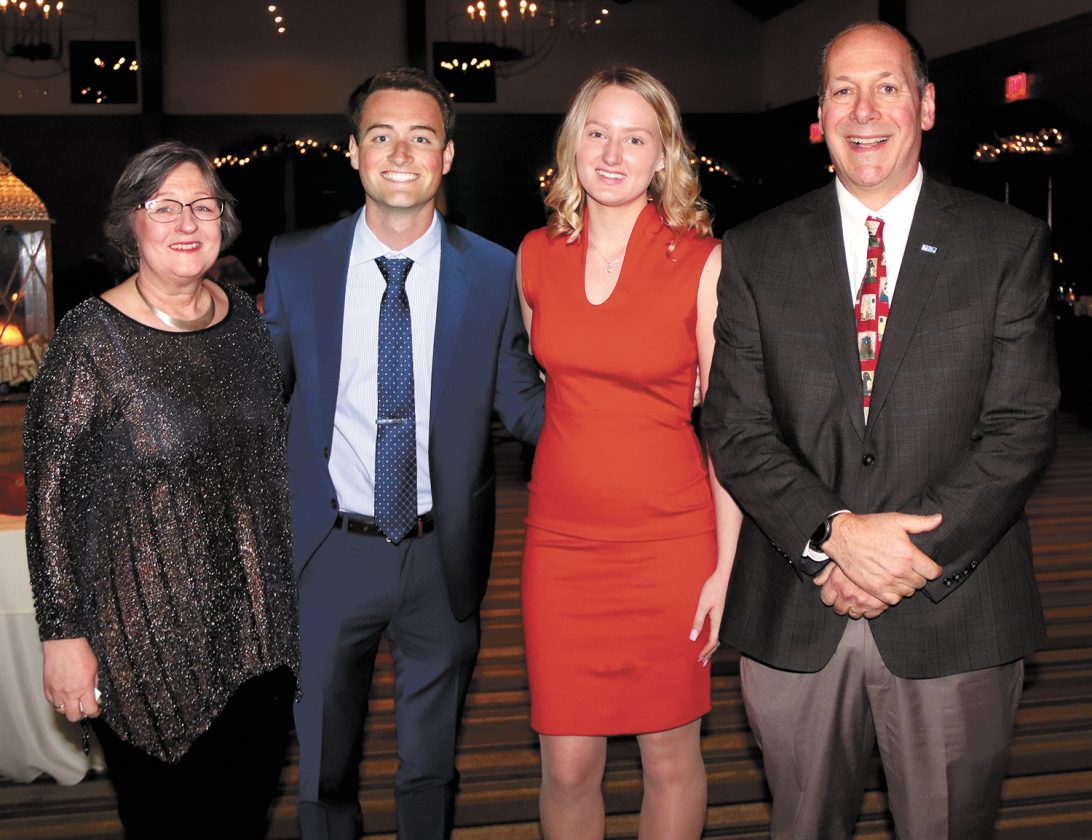 The event, co-sponsored by the United Way of Greater Nashua, was attended by more than 75 guests, and a silent auction was held to raise funds for the student-created program.

Nashua High School South alumni Jenna Hantula and Patrick Martin, who drew up the original business plan for executing the program, were on hand at LaBelle to thank contributors and supporters.

“We created (this) in the fall of 2018 to address the problem of food insecurity within our community,” Hantula said. “We’re so thankful for the amount of support that we’ve received since then.”

Last year, the program was expanded to Nashua High School North, and internationally placed at the DECA competition in Florida. 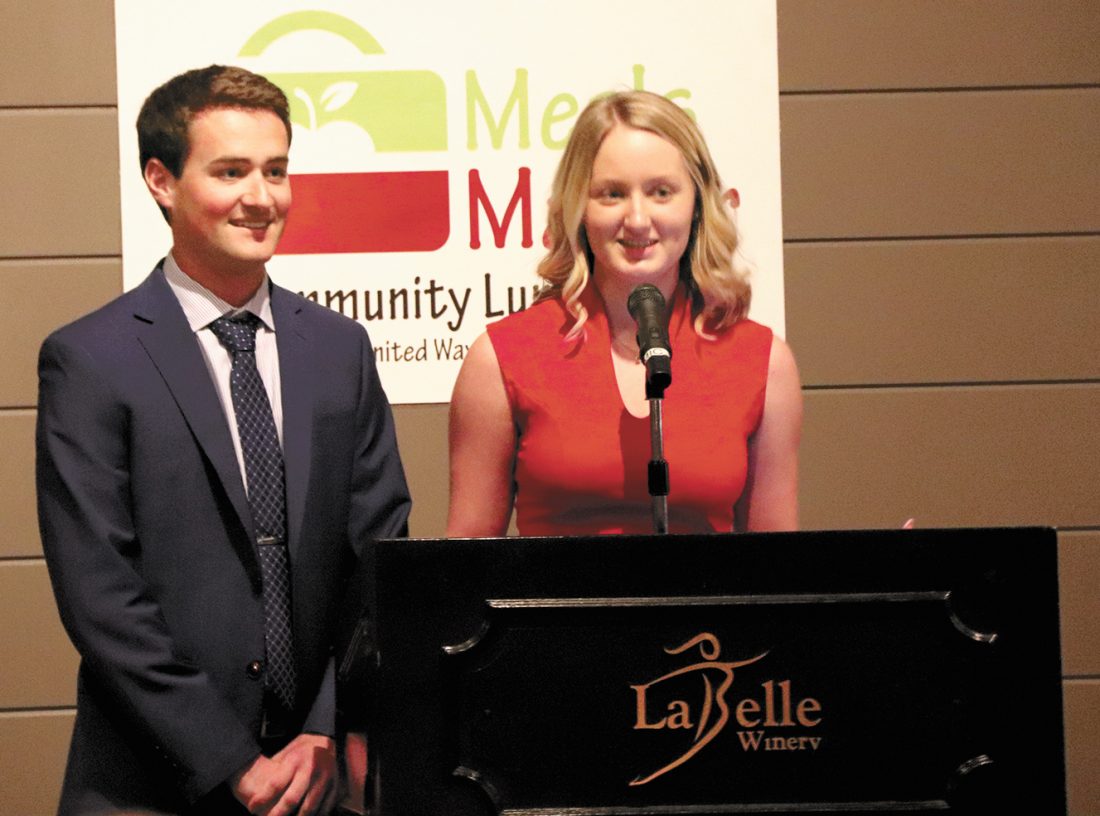 “We had a very successful 2018-19 year,” shared Martin, “raising $43,000 in just one year. We are extremely grateful for the amount of support Meals Matter has received from various communities from the very beginning. And, our program would not be where it is today without the countless hours of hard work that Mike Apfelberg of the United Way of Greater Nashua has put in for this program.”

In October 2018, students in Suzanne Winters’ Marketing II class at Nashua South and fellow educator Lisa Yates’ Human Relations class identified a gap in the school’s free and reduced lunch programs that left 100 students who did not qualify for assistance but still faced food insecurity, going without food at lunch.

“Lisa wanted to do something with her Human Relations class to get them more involved and help the community more,” Winters said.

“And I run the marketing program and the school’s DECA program, and my DECA kids are always looking for more meaty projects.”

Winters said Hantula and Martin, along with co-founder Sawyer Hargrove, went to the Nashua school board and petitioned them to allow a voucher program.

“It’s kid-run for kids,” Winters added. “So, the kids do the lion’s share of the work and they go out to do speaking in the community and they try to teach their peers about food insecurity, what it is and how it effects people. It’s farther reaching than we understand today.”

Many students get into trouble, as they try to avoid the stigma attached to going to the cafeteria and being unable to buy lunch for themselves.

“It’s really sad,” Winters said. “Our goal is try to find a way for them to be able to eat without feeling like they’re second class. So, we came up with the voucher system, which isn’t perfect, but is functioning right now. We’re hoping to make it a little more anonymous than it is and that’s been difficult with the school system – they’re not particularly helpful sometimes.”

Winters said she understands why; the school district’s concern is that if students can get free lunch, then they won’t apply for the free and reduced lunch program.

“Those numbers are tied to so many things in the district,” she said. “If we impact their free and reduced lunch numbers, it’s going to impact what the district receives federally.”

“As the school year was closing, Jenna and Patrick wanted this amazing charity to be student run and student led,” Vasireddy said. “They were looking at students to get involved, and we went through an application process. We were interviewed and wrote an essay and talked about what our goals were for Meals Matter.”

Mikailov said that she and Vasireddy also reached out to Alderwoman-at-Large Shoshanna Kelly.

“I spoke with Shoshanna,” Mikailov said. “She actually works with high school students who want to get involved in the city and want a link between the mayor’s office and the high schools.”

With regard to the Meals Matter program and the Nashua school system, Winters said, “we’ve been walking a tightrope but we’re getting there.”