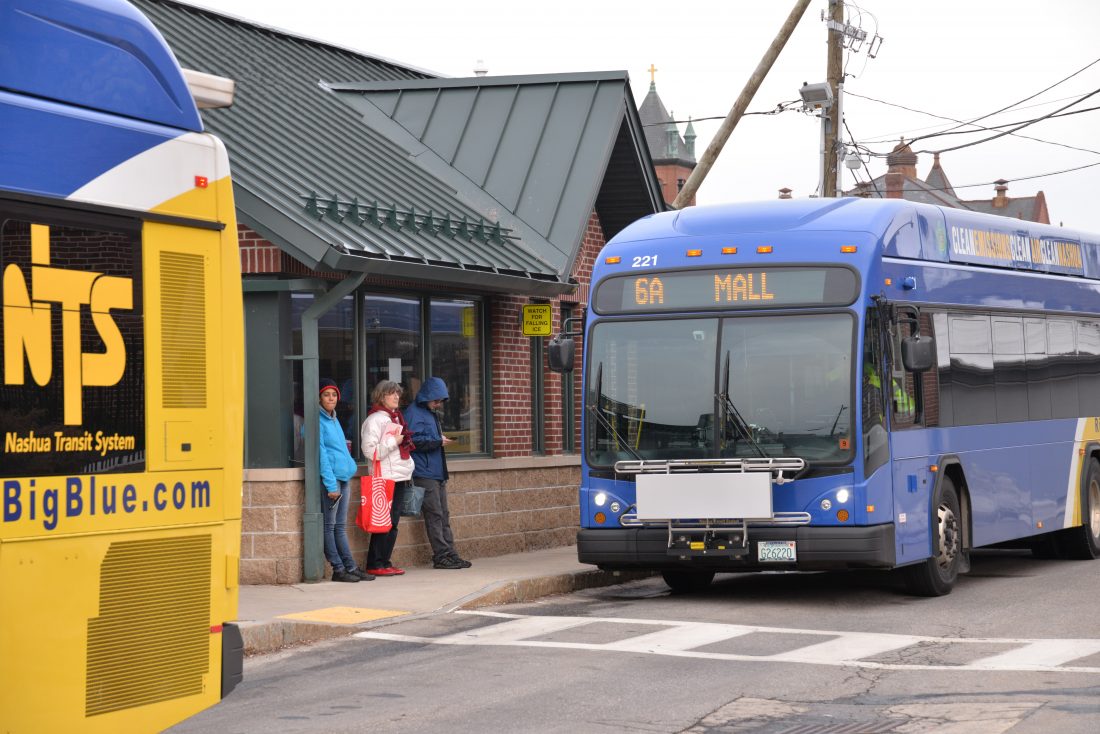 At 3 p.m. Jan. 15 in Room 208 of Nashua City Hall, 229 Main St., officials will conduct a public hearing concerning the elimination of the Downtown Connector route. This service, Route 11, began in October 2018 with a contribution from BAE Systems, as the firm at the time faced parking issues for employees.

“We understand that terminating a route can have significant impacts to people, so anyone who raises an issue, or has a concern, we’ll try to work with them individually to try to come up with a better solution,” Pattison said. “We’re small enough where we have that capability.”

With fixed route and paratransit services, NTS has a ridership of about 465,000 each year.

When Route 11 began, BAE officials were facing some parking issues at their Canal Street location, and utilized this route as a way to alleviate some of these challenges. Pattison said BAE was using this route for employees to get to work from city parking garages and surface lots. However, she said the company has resolved its problems with parking, so its officials are no longer contributing to the route.

“We’re looking at what we can do to create a system that is most appealing to current passengers and potential passengers,” Pattison said.

There is no formal plan for this, but it is under serious consideration. Given that NTS has a limited budget, officials are seeking to make sure their funds can benefit residents the most.

If the decision is made to terminate the Downtown Connector, Pattison said NTS officials will try to find a solution for those affected. In addition to working with people who may rely on this route, NTS will also likely create flyers to detail the change. These could be placed at bus stops along this route to give passengers notice.

Pattison said if NTS does act, the route would likely be eliminated by April 1.

If members of the public are unable to attend the hearing, comments may be submitted in advance by Jan. 14. They can submit these comments to Pattison via email at PattisonC@NashuaNH.gov, or 603-880-0100, Ext. 6.

“Going forward, staff is looking at improving the overall experience for passengers, and with that we’re looking at requests that people have for technological advances, service frequencies and key destinations,” Pattison said.

Pattison also said passengers have expressed interest in mobile applications to see real-time bus tracking. Pattison said officials have applied for a grant that would address this.

Aside from that, Pattison said NTS officials are also working to renovate the transit center with various enhancements. Although this project is only in the architectural engineering phase, some changes to come could possibly include automatic announcements and digital signs.