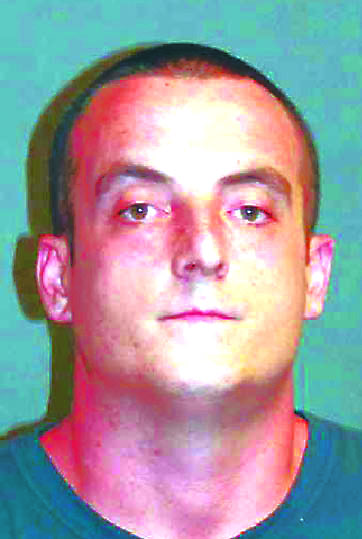 MANCHESTER – A Merrimack man facing charges accusing him of hitting a woman with his truck and breaking her leg is among several Nashua area residents indicted by the Hillsborough County Superior Court-North grand jury for December.

Jason Tweedy, 41, of 9 Pilgrim Ave., was indicted on one count each of second-degree assault – serious bodily injury; reckless conduct – deadly weapon; simple assault – domestic violence (bodily injury and deadly weapon); and conduct after an accident – death or injury resulting, all Class B felonies.

Also indicted by the Hillsborough North grand jury are the following.

• Michael Farmer, 28, of 5 Bates Road, Merrimack. One count each, burglary, and theft – two prior convictions, both Class B felonies, for allegedly threatening to use a syringe infected with “Hep C” on a person in the course of committing a theft, and stealing a sum of money from a doughnut shop after having been convicted twice of theft. The incidents allegedly occurred on Aug. 5 in Amherst.

• Thomas Duffy, 40, of 170 Concord St., Apt. 10-5, Nashua. Two counts, robbery, Class B felonies, for allegedly telling a person to “get away from me or I’ll stab you,” while in the course of committing a theft of a retail store, and pushing a shopping cart into another person as she tried to stop Duffy from leaving the store without paying for merchandise, on Sept. 16 in Manchester.

• Channelle Walker, 26, of 22 London Court, Merrimack. One count, receiving stolen property, Class A felony, for allegedly disposing of two gold rings together worth more than $1,500 with the purpose to deprive another person of the rings, on Sept. 12 in Manchester.

• Timothy Court, 31, of 545 Elm St., Apt. 20, Milford. One count, theft, Class B felony, for allegedly obtaining unauthorized control over the property of a business by taking more than $1,000 from the business, during the course of his employment with the business, from Feb. 20 to March 14, 2018, at Greenfield, Manchester, and Goffstown.