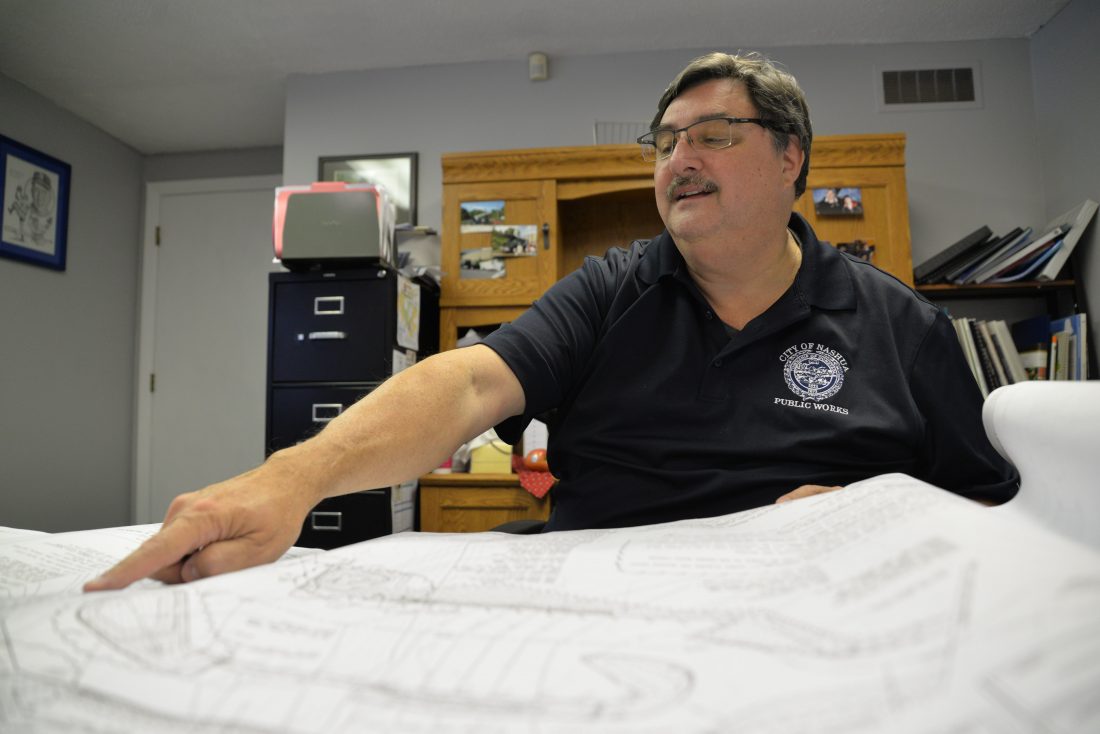 NASHUA – The boat ramp at Greeley Park has been in rough shape for several years, but patrons will likely be launching onto the Merrimack River from a new $499,000 ramp in the summer because of a project that began Tuesday.

The new boat ramp is something Nashua Parks and Recreation Superintendent Nicholas Caggiano has wanted to work on for more than 15 years. He said at that time, a Greater Nashua resident complained about the ramp.

“He was right,” Caggiano said. “It was in pretty bad shape. No one really even knows how long it’s been there.”

The current boat ramp is located at the end of Hills Ferry Road on the other side of the railroad tracks.

While Caggiano has wanted to do this for more than a decade, it took a while because of issues about the ownership of the railroad crossing, as the matter ended up in court.

At one time, the city received a grant from the New Hampshire Fish and Game Department to perform the boat ramp work. However, this did not happen because of the ownership dispute.

Caggiano said it was eventually determined the railroad owned the crossing.

“It took 10 years in the courts to get this resolved,” Caggiano said.

Fifty percent of the cost will be covered by the LWCF grant, with at 50% match by the city.

Caggiano said the contractor for the ramp is Northeast Earth Mechanics. In the meantime, Chappel Farms Logging and Land Clearing is in the area, taking out some trees to make way for a new access road to the new boat ramp. Chappel began clearing some trees on Tuesday and is expected to be done by late next week. While Northeast Earth Mechanics works on the ramp, city officials will be doing a lot of the site work.

Currently, there is a long access road that loops its way to the current ramp. That will eventually be gated to prevent vehicles from using it. However, people will be able to use it as a walking trail.

The new road is planned to lead directly to the ramp, allowing police a clear view of the area. Caggiano believes this will help limit underage drinking and illegal dumping in the area.

“My goal is to have this completed by July of next year,” Caggiano said.

Officials said once the project is finished, it will feature more than 20 long parking spaces to accommodate trailers and RVs, while four of those will be handicap-accessible. The current parking situation is not the best, and he said this new ramp will be built to the specifications that New Hampshire Fish and Game officials enforce.

Caggiano said the only part of the project that will not be complete in 2020 is a concrete loading dock for people with disabilities to use while loading in and out. He said officials need more funding for that piece of the endeavor.

“I think a lot of people have really been looking for something like this to access the river, and we’ve wanted to provide it for a very long time, and now that all the pieces are coming together it’s kind of exciting,” DPW spokeswoman Lauren Byers said.