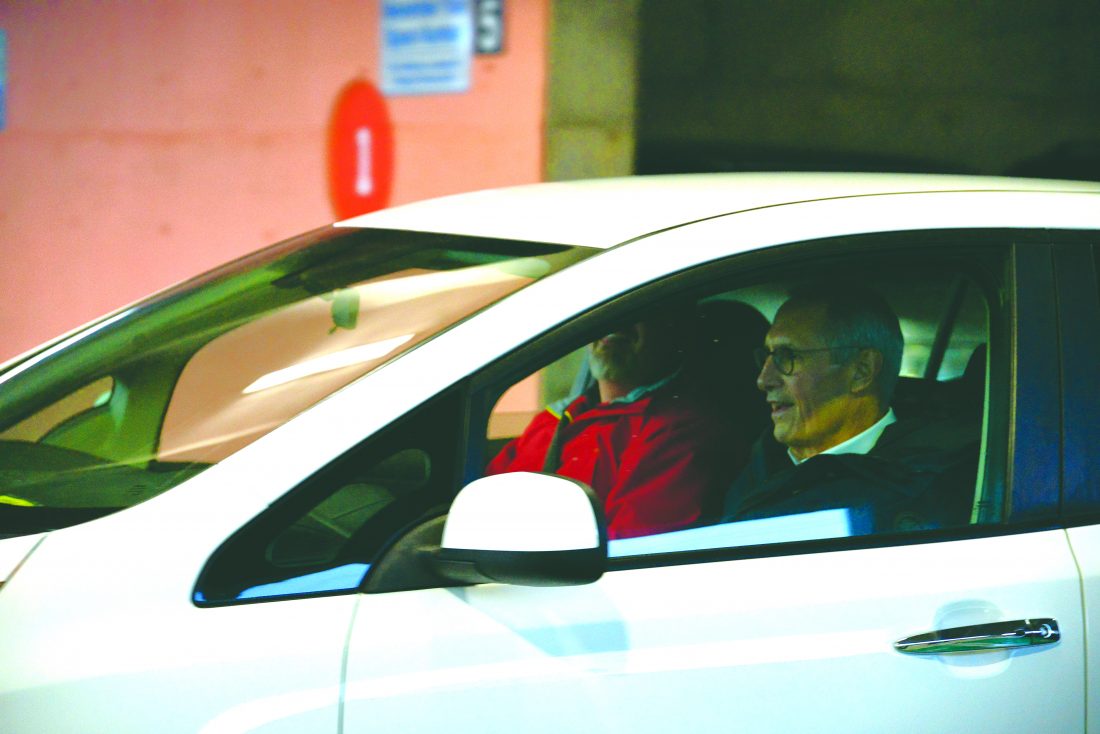 NASHUA – Mayor Jim Donchess received the city’s first all-electric vehicle Thursday afternoon in the form of a 2016 Nissan Leaf at a cost of $12,500.

This car will replace his old Ford Fusion Hybrid, while further reducing carbon dioxide emissions. It will help him reduce his own carbon footprint, while furthering the city’s clean energy goals.

The vehicle was purchased with the help of Guy Bedau, who is a fleet sales manager at Milford Nissan in Milford, Massachusetts. Donchess said this vehicle is good for driving around the city.

“It’s great to have an electric car,” Donchess said. “No gas mileage. It’s going to be the city’s first totally green vehicle, and we’re hoping to get more in the future.”

Doria Brown is the city’s Energy Manager. She said that on average, the vehicle will get 87 miles per charge, although the number will be lower during winter.

“It is very exciting that Mayor Donchess will be driving a fully electric vehicle,” Brown said in a statement. “When I started working for the city three months ago, procuring an electric vehicle was the first thing the mayor asked me to do. “Hopefully, it will help others feel more comfortable with electric vehicles.”

“As more electric cars are purchased in the city, we’ll definitely expand our infrastructure to accommodate them,” Brown added.