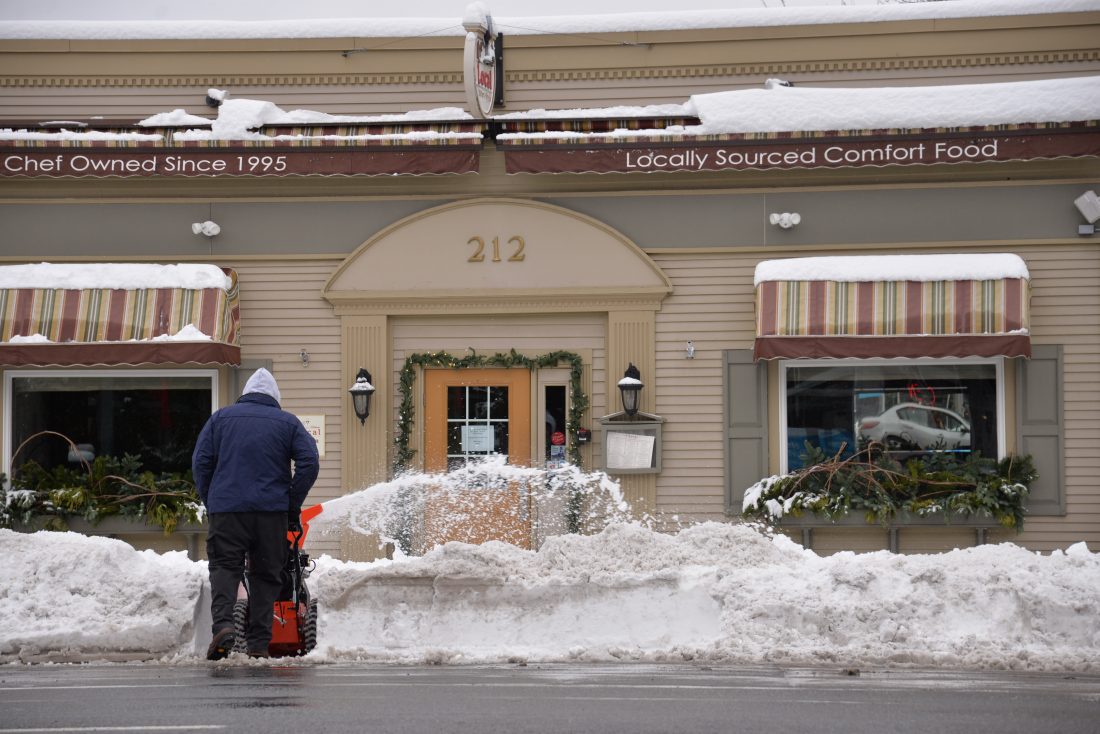 NASHUA – The first significant snowfall of the season struck the state Sunday into Monday, impacting those heading back to work after the Thanksgiving holiday.

More snow also fell overnight, with officials from the National Weather Service station in Gray, Maine, believing the storm would come to an end by noon today. However, with the timing of the storm, motorists saw both their Monday and Tuesday commutes impacted.

Accumulations varied across multiple communities, with neighboring Brookline measuring 11.5 inches just after noon on Monday. Looking to the west, just after noon, Pohl said Greenville had a 14 inches.

“It’s going to vary as you go east to west,” Pohl said.

Pohl also said Nashua could get another 6 inches headed into this morning.

“It should taper off and be done probably by noon (Tuesday),” Pohl said.

Just after 5 p.m. Monday, the Nashua Police Department stated via Twitter: “The city snow emergency continues. Stay off the street so the plows can do their job….and we don’t have to tow your car.”

As of late Monday, school officials had made no announcement regarding today’s schedule.

Temperatures throughout the region are expected to drop into the teens this evening, meaning anything wet will freeze overnight, making for slick conditions.

However, Wednesday temperatures should be back up to around 37 degrees Fahrenheit. In the meantime, anyone on the roadways is urged to be cautious.

“Take your time. Leave extra time to get where you’re going and don’t be in a hurry,” Pohl said.

Nashua city officials extended a snow emergency that was expected to expire at 6 a.m. this morning. As a result, multiple public meetings that had been scheduled for Nashua City Hall on Monday did not take place.

Furthermore, with the additional snow accumulations expected to come in overnight, Eversource Energy officials are continuing to monitor the track of the storm. They remain prepared to address any power outages or damage to the electric system.

“We continue to closely monitor the weather and will have crews in position to be there for our customers if they need us,” Eversource New Hampshire Vice President of Electric Operations Joe Purington said. “We prepare for storms year-round by designing and hardening our system to withstand severe weather conditions.”