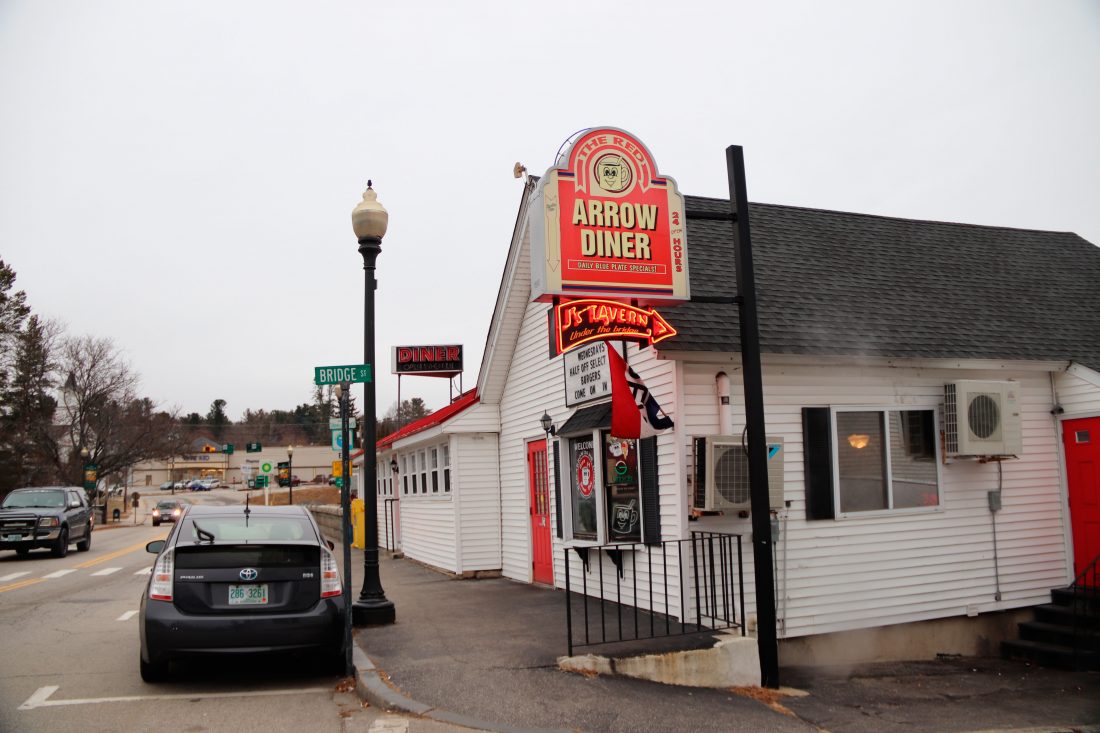 MILFORD — An iconic eatery served its last meal on Sunday, as the Red Arrow Diner on the Oval in Milford closed, in what online message board posts and some restaurant staff members claim was a surprise move.

“We are sad to say that as of today 12/1/2019 at 3pm (sic) that the diner will be closing indefinitely and moving to a new location,” read a sign printed on standard letter-size paper and hung on an exterior door of the eatery.

In a post on a Facebook page in a Milford forum, one employee wrote, “how frustrating and heartbreaking it is go into work and find out tomorrow is your last day because the business is shutting down that specific location and didn’t feel like giving the employees any notice three weeks before the holidays.”

The Facebook post further read, “Thirty-some odd people all out of work, in the blink of an eye. Some employees have been there for years and the owners didn’t have the decency to give us a heads up to start looking for work for fear we wouldn’t show up to work our last shift. Some of us depend on that paycheck.”

“Yes, they would have found out this morning,” George Lawrence, co-owner and Red Arrow affiliate vice president, said in a phone interview with The Telegraph Sunday evening. “That was the hard part. We had to keep J’s open, and some staff work upstairs and some downstairs, going back and forth to both.”

“J’s Tavern is in memory of Jesse L. Isabelle, whose life ended too soon in June of 2006. He was a beloved son, brother, uncle and cousin of the Lawrence family, owners of The Red Arrow Diner and J’s Tavern” the website jstavernnh.com, states.

When asked whether J’s was slated for closure as well, Lawrence said he will have to see what the future holds, only indicating it’s open “for now.”

“I’m not making no guarantees,” Lawrence said with regard to J’s Sunday evening.

Red Arrow Diner corporate headquarters are in Manchester with four eatery locations: Concord, Londonderry, Manchester and the now-closed spot in Milford. In all, more than 200 workers are employed via these four sites, with an estimated 28-30 workers staffing the Milford location, Lawrence explained, noting he’s been co-owner of that site for more than 10 years.

“We’re really devastated, but it had to be done,” he said of the Milford closure.

When asked about the timing, complaints from staffers who said they will be without money for the holidays and whether employees received any type of severance package, Lawrence indicated a few workers did, while others did not.

Just last week in The Milford Cabinet, Lawrence shared plans for opening a new Red Arrow Diner location in Nashua. Lawrence confirmed that location will be at 149 Daniel Webster Highway, previous site of a now-shuttered Friendly’s. Lawrence said massive renovation is required for the site to convert it to a Red Arrow Diner, and he anticipates a Feb. 1 opening. However, he noted it could be later, depending upon how quickly the renovations progress.

He noted he did not previously disclose to the media the company’s plans to close its Milford location.

Lawrence said it is possible some displaced workers could be absorbed by the three remaining open Red Arrow diner locations or hired on for the new Nashua site, once it is up and running.

“We’re placing as many as we can,” Lawrence said of Milford’s staff, noting there may be some third-shift opportunities and his hope that some of the workers will be willing to commute to the other diners.

Lawrence cited difficulty hiring and retaining staff as one of the prime reasons for closing the Milford location and opening one in Nashua instead.

“We don’t have enough help. You get an employee and then they quit the next day,” Lawrence said.

Inside the diner at about 1 p.m. Sunday, a few stoic customers chatted quietly while the staff continued their duties in the hours leading up to Milford’s 3 p.m. shutdown.

“It was all kept hush-hush because they didn’t want their employees to walk out,” said one member of the wait staff, who asked to remain anyonymous so as not to jeopardize any future employement opportunity with the company.

When asked if they’d be moving to the Nashua location, diner employees replied, “We know nothing. Today is our last day.”

The two staffers waiting on customers said they had been employed by the diner for roughly a year.

The Milford Red Arrow diner was opened in 2008 by Lawrence and his daughter, Carol Lawrence-Erickson. The original Red Arrow in Manchester opened its doors in 1922 under founder David Lamontagne and closed in 1985. Lawrence-Erickson bought that location and reopened the diner in 1987.

“Its locations, especially the diner in Manchester, have had its host of celebrity diners, from Paul Newman and Adam Sandler, to many politicians on the campaign trail, who have considered the Red Arrow a must-see stop during their visits to New Hampshire,” according to the history page on its website redarrowdiner.com. This also includes celebrity TV chef Guy Fieri, who visited the Manchester location in 2007.

The company’s website lists its pledge as: “To Create, Cook and Serve, with Consistency and a Smile, the Most Palate Pleasing Diner Eats Known to Mankind.”