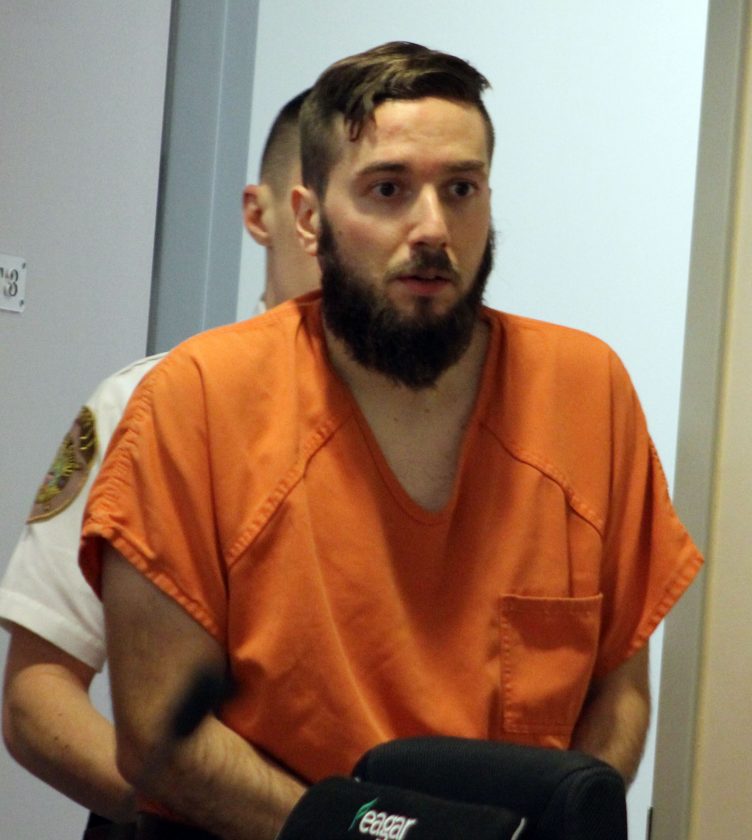 NASHUA – Jason Caetano, 34, of New Ipswich, allegedly tried to have sex with an unwilling 16-year-old girl inside a Milford toy store at 11 a.m. Saturday.

Caetano has no criminal record, a prosecutor told the judge during Caetano’s bail hearing Monday, but given his alleged spate of troubling, bizarre behavior at a Milford shop during the weekend, the man should be held on preventive detention for the safety of others as well as himself.

Caetano is facing several charges in connection with the alleged series of events that drew Milford police to a popular toy shop Saturday morning.

The most serious is the one count of attempted aggravated felonious sexual assault, a special felony that accuses Caetano of trying to have sex with the alleged victim – a 16-year-old store employee who is reportedly 33 weeks pregnant.

He is also charged with four counts of simple assault, and one count each of sexual assault, indecent exposure or lewdness, and false imprisonment, all Class A misdemeanors.

According to police reports and the prosecutor, Assistant County Attorney Brett Harpster, the alleged victim was in the back room of the store trying to fix a toy when Caetano walked into the room.

He allegedly said nothing, but walked “straight up to her and placed his hands under her armpits” and “assisted her off the chair,” police said.

Caetano then allegedly “put both hands down her shirt and started groping her breasts … (then) started pulling her shirt down,” and at one point made a comment about a tattoo on her chest, Harpster and police said.

When Caetano failed in his alleged attempt to “get her shirt down,” he allegedly grabbed the alleged victim’s wrist and began pushing her down an aisle in the back room, according to the allegations.

“Look at all this stuff – no one will hear you,” Caetano allegedly told the young woman. He then allegedly unzipped his pants then tried to pull her pants down. She was by then “screaming ‘no’ continuously,” police reported, adding that she decided the only way out was to push past Caetano, who allegedly grabbed her by the waist and pulled her hair.

A male employee eventually heard the alleged victim’s screams, and as he approached, Caetano allegedly let go of her and returned to the back room, where the employee detained him until police arrived.

When an officer approached Caetano to question him, police said, Caetano allegedly walked up to the officer, ignored commands to stop, then allegedly pushed the officer away with his forearm.

The officer put Caetano in handcuffs and put him in his cruiser for the time being, then went back in the store to speak with the alleged victim and witnesses.

Armillay asked Temple for personal recognizance bail, calling the allegations “clearly out of character for him.”

Caetano battles an anxiety disorder and has “mental health issues … he clearly needs to be assessed, evaluated, but that doesn’t mean he has to be incarcerated,” Armillay said.