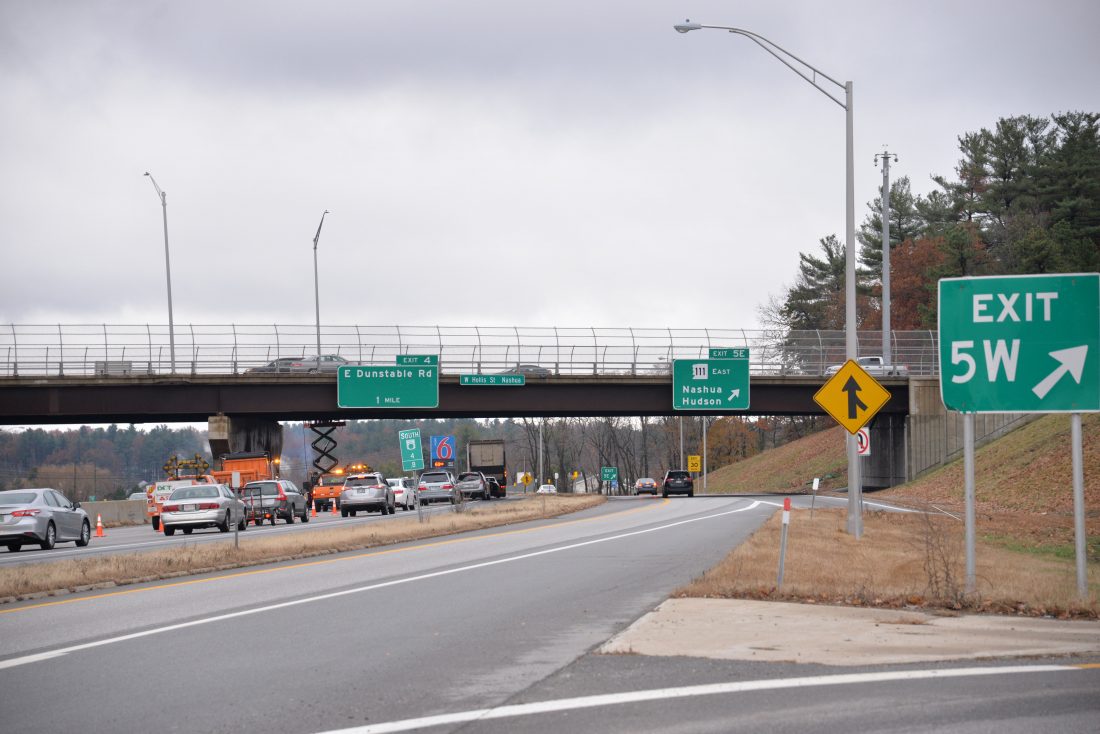 NASHUA – Traffic was backed up for a bit Tuesday afternoon along the F.E. Everett Turnpike on the southbound side when concrete came falling down onto the roadway from the Route 111 Bridge.

She said there were no injuries or reported accidents related to this incident, which occurred at around 1:30 p.m. Tuesday.

“We sent a crew out and they shut down two lanes to inspect and take some steps to address any issues,” Meaney said.

Within about 45 minutes, crews were able to clear the scene, and the area was deemed safe for use. The two left lanes that were closed while crews worked caused some traffic to back up as motorists maneuvered around the scene.

“It’s a pretty heavily traveled route and so traffic was starting to back up already at that point,” Meaney said.

She said crews will evaluate the situation during the course of the next few days, doing further inspection of the other side of the bridge. She believes the last full inspection of that bridge was done in April 2018. At that point, she said the bridge had been deemed in good condition.

She said any work or inspection of the bridge will be planned for off-peak times, which means it should not occur from 9 a.m. to 3 p.m.