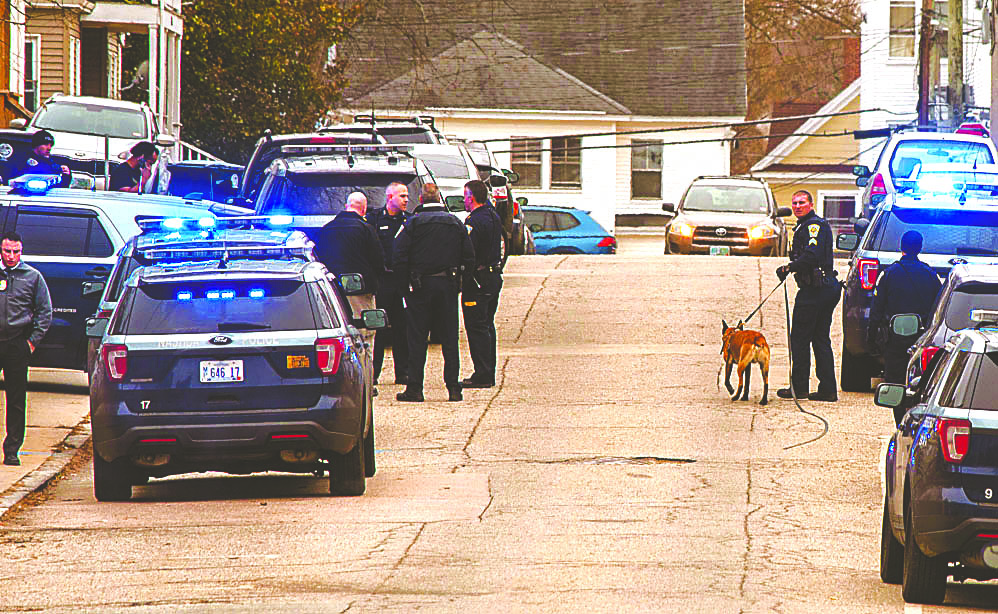 Photo by JEFFREY HASTINGS Numerous police cruisers line Hanover Street Monday morning as officers and detectives investigate an apparent stabbing, which sent one person to the hospital with what were reported to be serious injuries. No arrests had been made as of late Monday.

Sources said police, firefighters and medical personnel were called to 12 Hanover St., where a 22-year-old man had reportedly suffered significant head injuries, allegedly the result of a stabbing.

Police received reports that a second young man was seen running from the area, prompting them to set up a perimeter and bring in a K9 unit to try and track the suspect.

Meanwhile, medical personnel tended to the injured man, and transported him to Southern New Hampshire Medical Center. There was no word on his condition or the extent of his injuries.