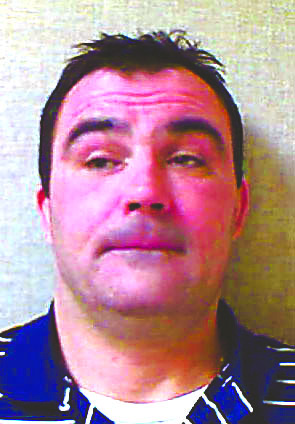 HUDSON – Seven hours after Michael Pellerin fled into the woods after allegedly breaking into his former wife’s Greenfield Drive residence, triggering a wide-scale manhunt and orders to residents to shelter in place, a regional Massachusetts-based SWAT team found him hiding in an RV at a Tyngsborough dealership and took him into custody.

Tyngsborough Police Chief Richard Howe said in a statement Monday that members of his department, with the assistance of the Northeastern Massachusetts Law Enforcement Council (NEMLEC) SWAT team, were able to trace Pellerin to Forrest Marine & RV on Middlesex Road, where they surrounded the RV in which he was allegedly hiding.

Pellerin, who Howe said was unarmed when he was arrested, was charged as a fugitive from justice, as well as one count of breaking and entering into a motor vehicle.

Pellerin, Howe said, was scheduled to be arraigned Monday at Lowell district court on those charges.

Pellerin will likely be returned to New Hampshire in the next day or two to face the charges Hudson police filed against him.

Police as of Monday evening hadn’t listed the specific charges they will file against Pellerin, although Capt. Tad Dionne said they had warrants for his arrest on “multiple felony charges.”

Pellerin is presumably being housed in jail, pending the extradition process.

Dionne, meanwhile, issued an email alert around 8 p.m. Sunday, cautioning anyone who might come in contact with Pellerin to consider him armed and dangerous and to call 911.

The manhunt had been active for roughly six hours at that point, and, according to Dionne, police were pretty sure Pellerin had “escaped the area” and was no longer in Hudson.

The roughly eight-hour ordeal began around 2 p.m. Sunday, when police were called to a Greenfield Drive residence for a possible violation of a domestic violence restraining order, according to Dionne.

When they arrived, Pellerin’s spouse told officers she arrived home to find Pellerin was inside her house in violation of the court order, which also prohibits him from possessing any firearms.

Pellerin had fled into the woods by the time police arrived, according to Dionne’s email. When a witness reported seeing Pellerin moving through a wooded area between Route 111, Sullivan Road and Paget Drive, police set up a perimeter and requested the regional Southern New Hampshire Special Operations Unit respond to the scene.

Greenfield Drive, which is off Clement Road not far from police headquarters, is adjacent to the Hudson Town Forest, which stretches south to Kimball Hill Road and east toward the Windham town line.

Dean Shalhoup may be reached at 594-1256, or dshalhoup@nashuatelegraph.com.