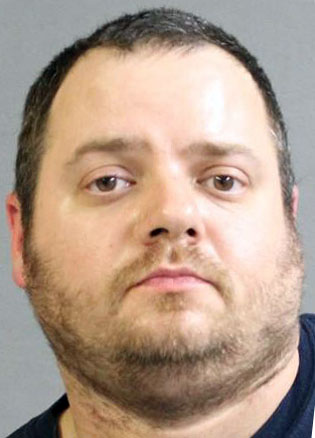 HUDSON – Told by the police officer who pulled him over for speeding early Sunday morning that he was also going to be charged with drunk driving, Nashua resident Michael Derochers reacted by allegedly refusing to exit his truck and physically resisting the officer’s attempts to take him into custody, police said.

Even being hit with Donahue’s Taser didn’t seem to affect Derochers, police said. He was eventually able to get back in his truck, and while continuing to battle Donahue, he put the truck in gear “and sped away toward Nashua,” police said.

“Fortunately,” they added, “Officer Donahue was able to disengage from Derochers as he started to drive away,” and was not injured.

The series of incidents began just after midnight Sunday, when Donahue pulled Derochers over at the Gulf Express on Ferry Street, police said.

During the stop, Donahue determined that Derochers was impaired, and told him he would be charged with DWI, giving rise to the alleged scuffle between the two.

When Derochers took off, Donahue radioed in his description and other information, which police headquarters broadcast to area departments.

As he crossed into Massachusetts, police initiated a pursuit, and after traveling a short distance, Derochers “pulled over and surrendered,” police said.

Derochers was booked and later jailed on preventive detention pending arraignment, which is scheduled for today in Lowell district court.

Massachusetts state police filed four charges against Derochers: One count each of operating under the influence, second offense; negligent operation of a motor vehicle; failure to stop for police; and fugitive from justice.

The six charges Hudson police plan to bring against Derochers include one felony count of reckless conduct; two counts of resisting arrest; and one count each of disobeying a police officer; driving while intoxicated, second offense; and speeding.

Derochers will likely be returned to Hudson soon after today’s appearance in the Lowell court.