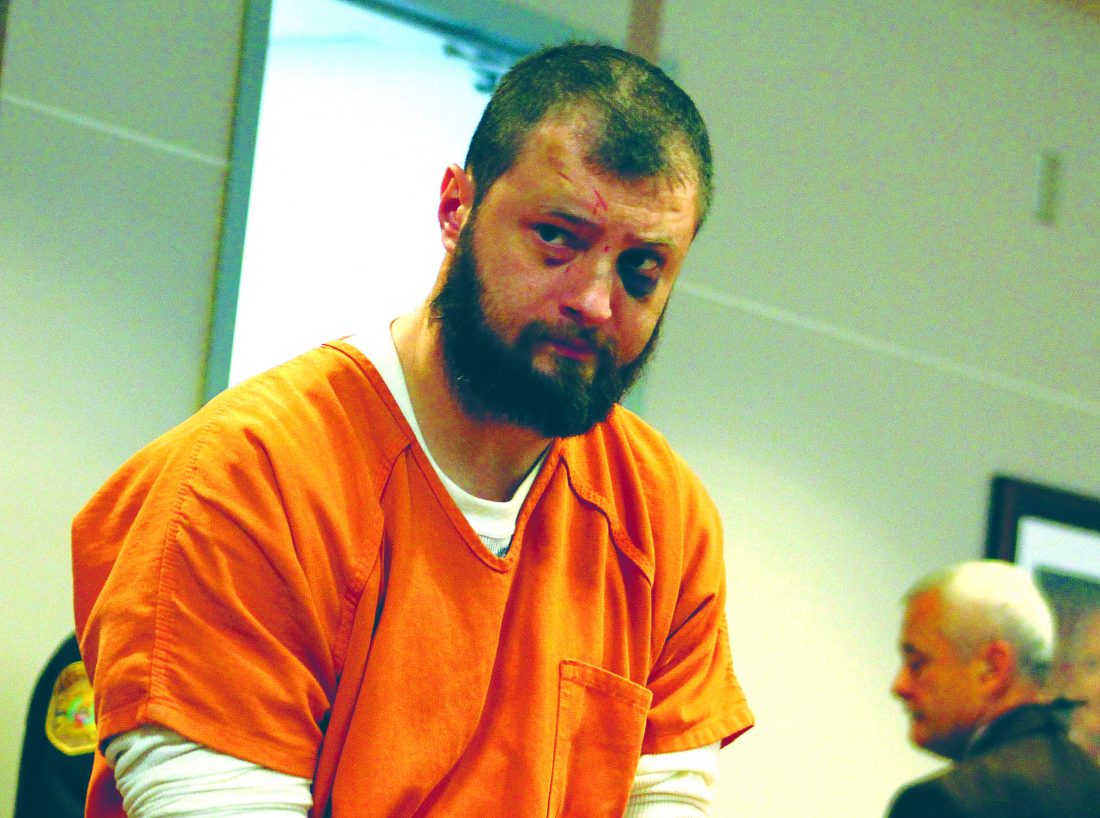 NASHUA – In an interview with police after his arrest on a dozen domestic violence-related charges, Pavel Novikov allegedly admitted he punched the alleged victim, but he wasn’t able to remember much else because he blacked out from drinking, according to police reports.

The only other thing Novikov told police he remembered was the alleged victim hitting him during the incident, which, according to the reports, allegedly prompted him to punch the woman because “he wanted her to know what it felt like to be punched.”

Novikov, 33, of 237 Main St., Apt. 4, was taken into custody around 7 p.m. Friday by officers who were called to the residence he had shared with the alleged victim.

Detectives with the department’s Special Investigations Division, who were called in to further the investigation, determined the alleged victim had been strangled three times – twice losing consciousness – and punched in the face several times, causing three facial fractures, a lost tooth, a facial cut that needed stitches, and left bruises and scratches on her neck, back and all four extremeties, police reported.

Harpster also said the alleged victim “is clearly distraught” and “doesn’t want to see (Novikov) at all.”

In reading the allegations from police affidavits, Harpster told the court that Novikov allegedly began arguing with the woman, but in an effort to “remove herself from the situation” went into a bathroom to take a shower.

Moments later, Novikov allegedly pushed his way into the bathroom, striking the woman with the door then pushing her into the bathtub,” Harpster said.

Novikov allegedly strangled the woman on three occasions before she bit him in an attempt to escape.

When she tried to call for help, Novikov allegedly took the phone from her, prompting her to run from the bathroom into a hallway.

Novikov allegedly pushed her out the front door of the apartment, but because she had no clothes on, she had to go back in to get some clothing, according to the reports.

Novikov at that point allegedly “punched her in the face multiple times,” Harpster said, but she was finally able to call 911.

Attorney Marc Gouthro, who represented Novikov during the Monday hearing, asked Colburn to set bail at $5,000 cash or surety, which, he said, would have pretty much the same effect as preventive detention because Novikov “has no funds to be able to post bail.”

Gouthro said Novikov agrees to abide by the no-contact order the court issued.

He said his client was born in Russia, and was 11 when his family arrived in America. They are all American citizens, Gouthro said.

It was Novikov’s difficult childhood in Russia that led to a diagnosis of post-traumatic stress disorder (PTSD), for which he has been in counseling for five or six years, Gouthro said.

Gouthro said Novikov’s relatively minor criminal history only contains four misdemeanor offenses. “He has no history of violence … these allegations, at least on the surface, are out of character for him,” Gouthro said.

In granting Harpster’s request for preventive detention, Colburn cited the “violent nature and seriousness” of the allegations against Novikov.

Colburn also noted for the record that Novikov had several bruises on his face and a black eye, which Gouthro had mentioned earlier.

According to Nashua district court records, the alleged victim was herself arrested roughly two months ago in connection with an alleged domestic incident involving Novikov.

She was charged with five misdemeanor counts of simple assault – domestic violence, which accused her of striking Novikov twice in the face, scratching his arm, and biting him twice in the right arm.

According to notices in the woman’s court file, she is scheduled for a district court hearing on Feb. 4 regarding a mental health evaluation, and for an administrative review in the case on Oct. 2, 2020.