Warren may be cornered on Medicare for all 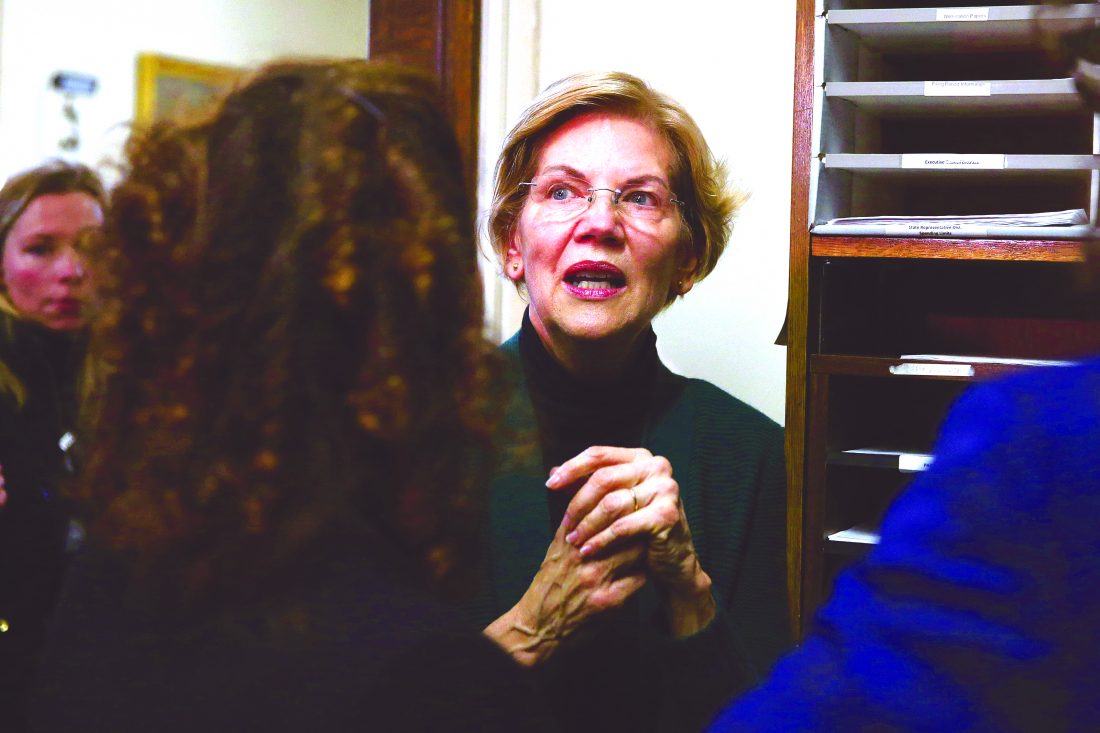 NASHUA – Democratic presidential candidate Elizabeth Warren on Friday promised to “eventually” ensure that every American has free health care, as the U.S. senator from Massachusetts backed away from her plan to immediately pursue $20 trillion worth of new federal taxes to enact Medicare for All.

It now appears Warren is pursuing a middle ground on the issue of single-payer, government-funded health care, while her top two current rivals in the race for the Democratic presidential nomination – Joe Biden of Delaware and Bernie Sanders of Vermont – take more definitive approaches.

“In my first week as president, we will introduce Medicare for All legislation,” Sanders tweeted on Friday in response to Warren’s announcement.

Rather than Medicare for All, Biden emphasizes he wants to provide health coverage to “more than an estimated 97% of Americans” by offering a public option to expand Obamacare.

“Having discovered how problematic her embrace of Medicare for All has become – its ending of private health coverage, its punishment of states and employers who have done the right thing, its elimination of millions of jobs, its tax increase on the middle class – Sen. Warren is now trying to muddy the waters even further,” Biden spokeswoman Kate Bedingfield said on Friday.

Friday’s move came two weeks after Warren unveiled a much-scrutinized plan to pay for Medicare for All, which proposed raising most of the additional $20 trillion her campaign believes would be needed from taxes on businesses, wealthy people and investors — not the middle class. But some criticized that proposal for underestimating how much universal health care would really cost.

“Every serious proposal for Medicare for All contemplates a significant transition period,” Warren wrote in an online post. “My plan will be completed in my first term. It includes dramatic actions to lower drug prices, a Medicare for All option available to everyone that is more generous than any plan proposed by any other presidential candidate, critical health system reforms to save money and save lives, and a full transition to Medicare for All.”

Warren had previously said she would offer more details on how to implement her health care policy, but she laid out for the first time exactly how it will take up to three years. The senator also said that, rather than starting by shepherding Medicare for All through a divided Congress as a first priority, she’d first work to pass “anti-corruption” measures meant to curb the influence of lobbyists, insurance and pharmaceutical companies.

In an attempt to quell criticism from the left, Warren said that within her first 100 days in office, she would, “reverse Donald Trump’s sabotage of health care, protect individuals with pre-existing conditions, take on the big pharmaceutical companies to lower costs of key drugs for millions of Americans, and improve the Affordable Care Act (the formal name for Obamacare), Medicare, and Medicaid.”

“No later than my third year in office, I will fight to pass legislation that would complete the transition to full Medicare for All,” Warren added.

Sanders, meanwhile, is having none of it.

“We say to the private health insurance companies: whether you like it or not, the United States will join every other major country on earth and guarantee health care to all people as a right. All Americans are entitled to go to the doctor when they’re sick and not go bankrupt after staying in the hospital,” he states on his website.