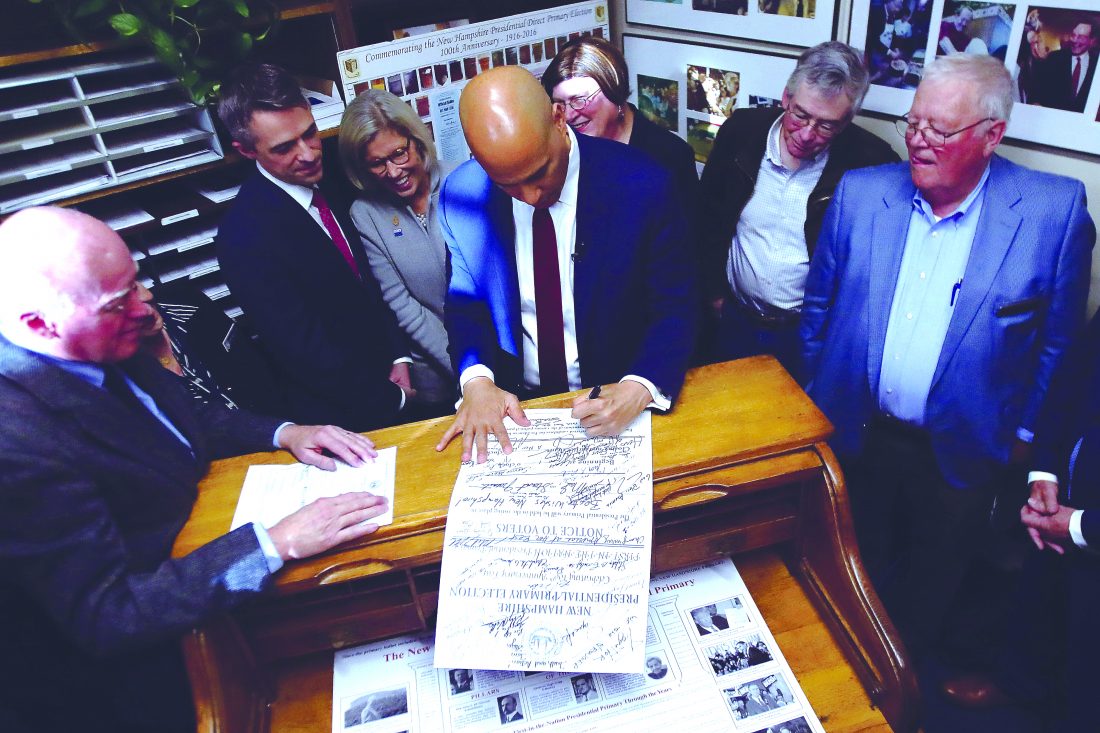 Democratic presidential candidate Sen. Cory Booker, D-N.J., signs a document that candidates from this New Hampshire primary sign with their name and campaign slogans, as he files to have his name listed on the primary ballot, Friday, Nov. 15, 2019, in Concord, N.H. At left is New Hampshire Secretary of State Bill Gardner. (AP Photo/Charles Krupa)

CONCORD – The field is set for New Hampshire’s first-in-the-nation (#FITN) presidential primary, as 33 Democrats and 17 Republicans filed to run by the 5 p.m. Friday deadline.

In addition to big-name candidates such as President Donald Trump – whose 2020 filing information lists his home state as Florida, rather than New York – those registering to run include Roque De La Fuente of California.

It appears De La Fuente decided to double his odds, as the registration list shows he first filed to run as a Republican on Oct. 30 – and then as a Democrat on Nov. 12.

New Hampshire Secretary of State Bill Gardner emphasized that he has not yet set the official date of the 2020 primary, but the contest is currently slated for Feb. 11.

Those filing to run for president in the 2020 New Hampshire primary, in order by the date of registration, are as follows:

• William Murphy of New Hampshire, and

• Mosie Boyd of Arizona, and