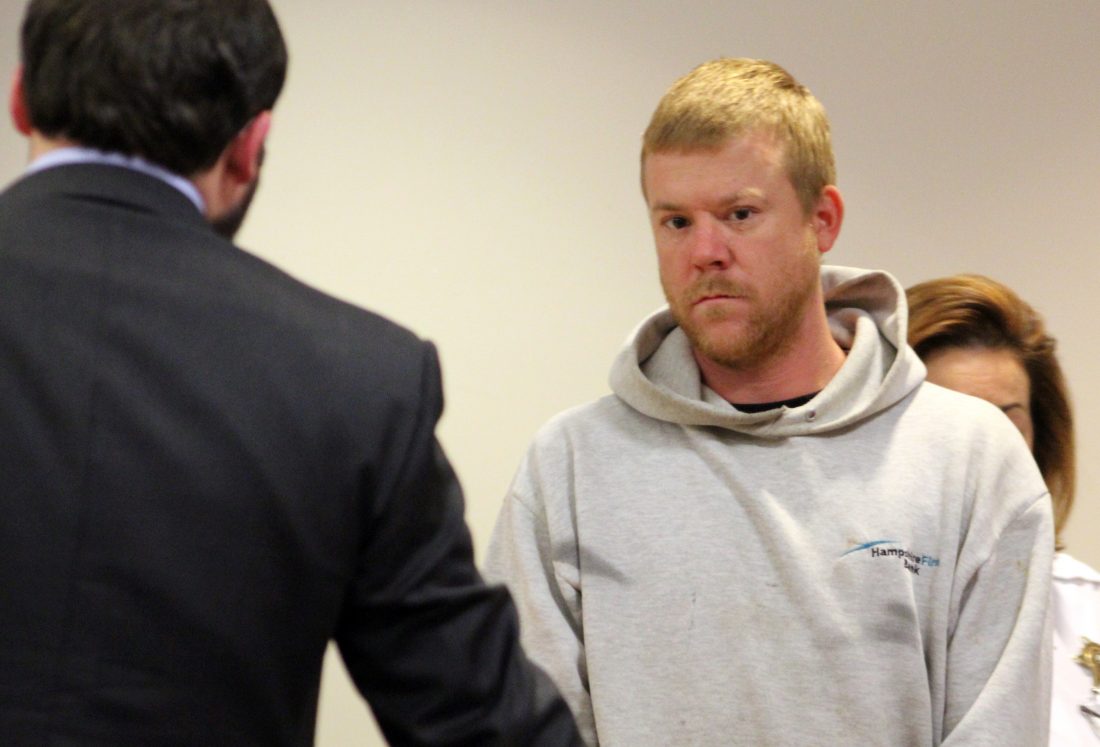 NASHUA – When Hudson police identified Paul Johnson as the chief suspect in a hit-and-run crash that slightly injured a child on Oct. 17, he allegedly told them he’d meet them at police headquarters after they eventually reached him by phone.

But Johnson, a 32-year-old Nashua man whose criminal history includes more than three dozen convictions during the course of nearly 20 years, never showed up, police said – nor did he respond to their numerous attempts to reach him by phone.

However, around 9 p.m. Wednesday, Nashua police, in possession of the warrant Hudson police had issued for his arrest, picked up the elusive Johnson and notified Hudson officials they could retrieve him.

By Thursday afternoon, Johnson, of 8 Copp St., appeared before Superior Court Judge Charles Temple for arraignment and bail hearing on the felony charges, which include operating a vehicle while a certified habitual offender and conduct after an accident – injury or death resulting.

The prosecutor, Assistant County Attorney Brett Harpster, cited Johnson’s “lengthy criminal history,” which includes several stand-committed jail and prison sentences on a variety of offenses, in recommending that Johnson be jailed under the preventive detention statute.

“I do believe the defendant poses a significant danger to the public, as well as himself,” Harpster told the court.

Temple ultimately granted that request, along with conditions that order Johnson to have no contact with the woman whose vehicle he allegedly rear-ended on Oct. 17, or her daughter, and stay at least 100 yards away from them.

The woman was among witnesses who saw the Ford van, allegedly driven by Johnson, take off after causing the chain-reaction crash, which occurred at Derry and Elm streets in Hudson and involved four vehicles in all.

They watched the van go behind Hudson True Value store, where officers found it abandoned. They initiated a search, calling in a K-9 unit, but were unable to locate the suspect, who was later identified as Johnson.

Harpster said police ran the van’s license plate, and it came back to a Manchester man for whom Johnson worked. The owner said he allowed Johnson to borrow the van earlier that day.

Attorney Ryan Guptill, who represented Johnson during Thursday’s hearing, argued for personal recognizance bail for Johnson, suggesting to the court that the allegations Harpster raised “aren’t enough to hold a man in jail, and risk losing his job, his housing.”

Guptill also insisted there exists “no clear and convincing evidence that Mr. Johnson was the person driving that vehicle,” referring to the van involved in the crash.

“No witnesses (identified Johnson as the driver), there’s no forensic evidence, (Johnson) made no admissions (he was the driver) … the vehicle isn’t registered to him,” Guptill said.

“The only person who put Mr. Johnson in the vehicle was the owner,” he said, adding he believes the owner may have been concerned he would be the one to be arrested.

In ordering preventive detention for Johnson, Temple said the woman whose child was injured – she attended Thursday’s hearing with two other people – provided a description of Johnson to police, according to the reports.

Guptill requested an evidentiary bail hearing for Johnson, which the court should promptly schedule.