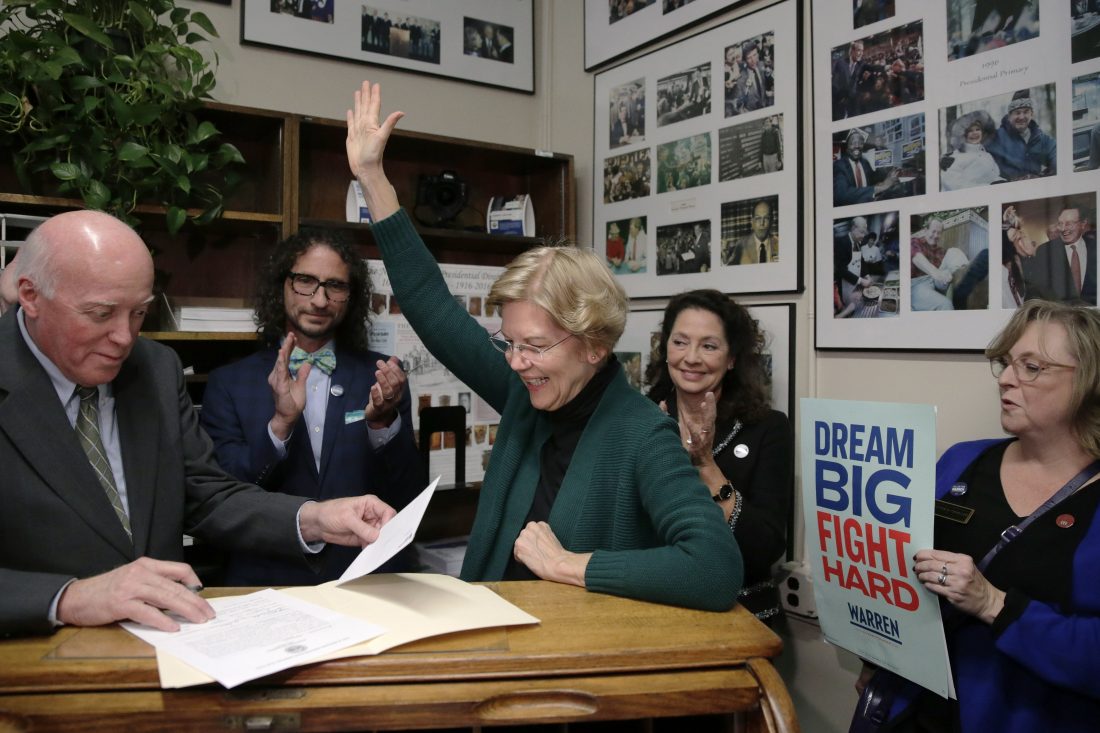 NASHUA – That “billionaires” such as Tom Steyer and potentially Michael Bloomberg are going to compete with economic progressives Bernie Sanders and Elizabeth Warren for the same party’s presidential nomination shows how much the American political landscape has changed in the last several years.

As a new national poll shows Warren surging into first place in the race for the 2020 Democratic presidential nomination, the U.S. senator from Massachusetts spent part of Wednesday in New Hampshire filing for the first-in-the-nation primary, tentatively set for Feb. 11.

“We really shouldn’t have elections that are about billionaires calling all the shots, whether they’re reaching in their pockets to fund their own elections or whether they’re counting on getting other people to run,” Warren said regarding Steyer and Bloomberg while in Concord.

Late Wednesday, the Associated Press reported that Bloomberg did not plan to be on the ballot in New Hampshire, instead deciding to focus on later primary states that will not vote until March.

Warren, meanwhile, is running on ambitious plans such as Medicare for All, which she said will call for about $20 trillion worth of additional federal spending to fund the single-payer health care strategy.

Now, Warren has introduced a new plan she refers to as “Fighting Corporate Perjury,” which she believes will give consumers more power over giant corporations.

“And if bad actors like Exxon break the rules and deliberately lie to government agencies, my plan will treat them the same way the law treats someone who lies in court – by subjecting them to potential prosecution for perjury,” she added.

According to a new YouGov poll that surveyed 1,500 adults from Nov. 10-12, Warren is now leading the national race for the Democratic presidential nomination.

The same organization conducted a poll last month. Below are the November and October numbers for each candidate.

No other candidate registers above 1% in the national YouGov poll.