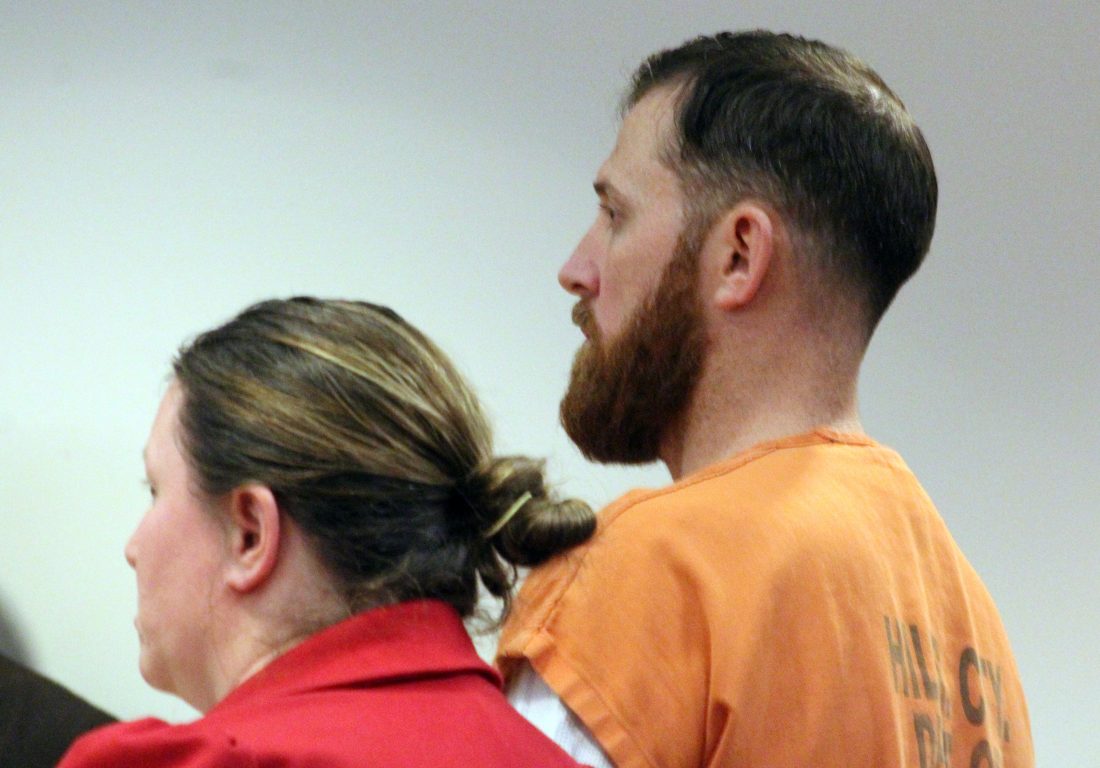 Telegraph photo by DEAN SHALHOUP Charles Donnelly, shown at his Wednesday arraignment with Attorney Eleftheria Keans, was placed on removal status Thursday by Hudson school officials after they learned Donnelly was arrested on felony offenses.

“Removal status,” according to the state Board of Education website, is similar to “paid administrative leave.”

The statement didn’t name Donnelly, a 35-year-old Nashua resident and U.S. Marine veteran, who in 2011, lost part of his left leg during an improvised explosive device (IED) blast while serving in Afghanistan.

He was arraigned Wednesday on three counts of aggravated felonious sexual assault, and one misdemeanor count of simple assault – domestic violence.

Superior Court Judge Charles Temple granted Donnelly’s request for personal recognizance bail, but ordered he be assigned to home confinement, meaning he must remain at his residence except for medical appointments and legal obligations. Examples include court dates and meetings with his lawyers.

It is not clear how long Donnelly has been employed by the Hudson School District, but until Thursday, he was listed as one of three counselors at Hudson Memorial School, which serves grades 6-8.

The district’s statement, meanwhile, said the matter “does not involve other staff, or any students in the school district.”

Upon learning of Donnelly’s arrest, officials said they “immediately notified the New Hampshire Department of Education,” and placed “the employee on removal status, pending investigation.”