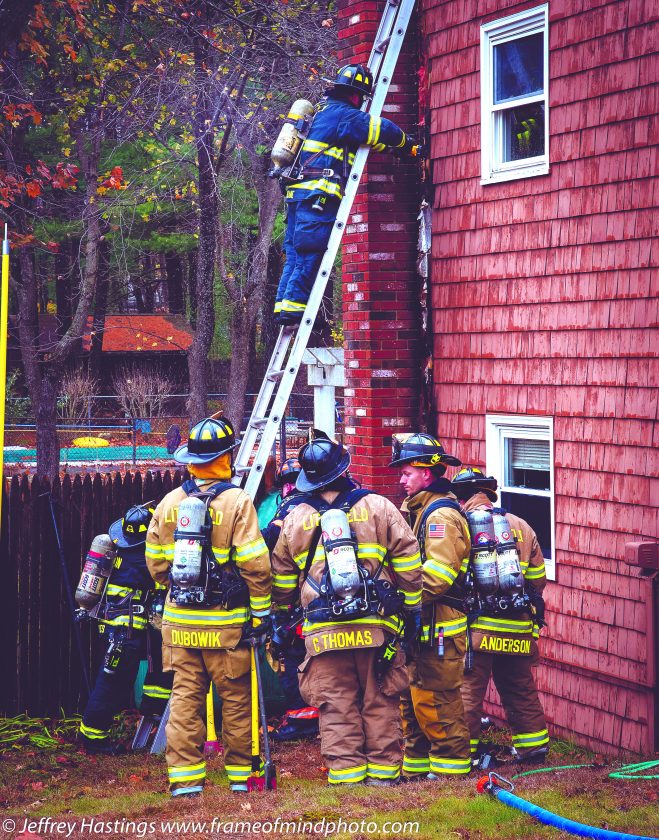 Litchfield, NH - Litchfield Fire Rescue responded to a reported building fire at 16 Corning Rd shortly after noon on Tuesday. On their arrival they had heavy smoke and fire in a chimney which has extended into the siding and partition. A working fire status was requested bringing mutual aid from several surrounding towns including Bedford, Hudson, Londonderry, and Nashua AMR. Using thermal cameras LFR was able to determine where the fire had extended and to open only those areas, reducing potential damage. The fire was brought under control and LFR is investigating the cause but it appears to be related to the chimney. ©Jeffrey Hastings www.frameofmindphoto.com/news