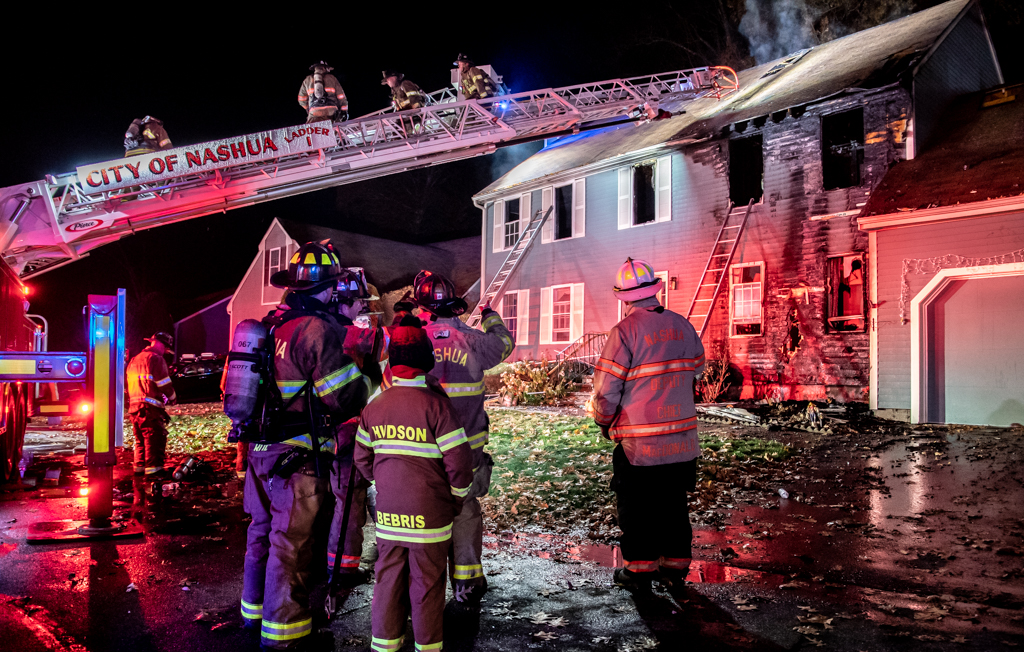 NASHUA — Fire officials received calls from a neighbor of 14 Traders Way at 9:15 p.m. reporting the neighbor’s house was on fire. Several other people in the area also called 911. When officials reached the scene, they saw heavy fire. They set up lines and ladders, while performing searches inside the house.

The homeowners were not home at the time of the fire, but returned home to find their house ablaze.

Officials worked to pull ceilings, and open walls to extinguish the fire. The damage to the house is substantial enough that the family will be displaced.

No fire personnel were injured. The cause of the blaze remains under investigation.