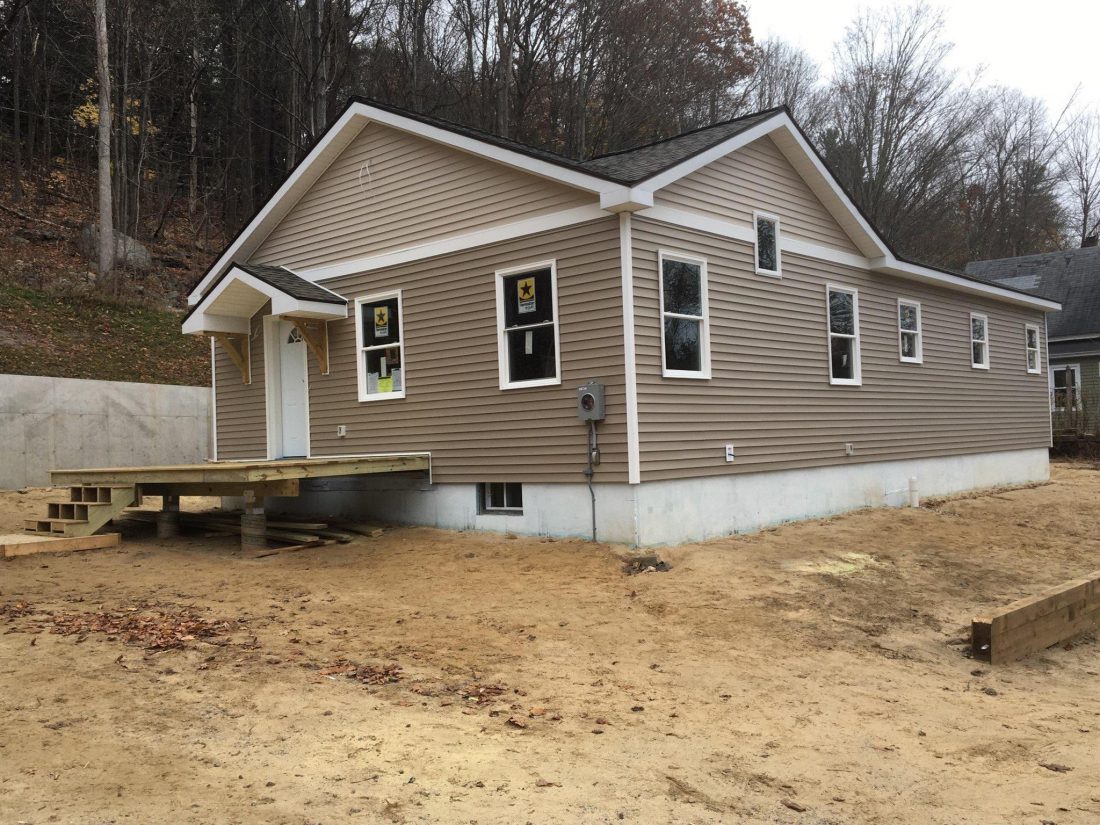 Courtesy photo Progress continues on the Wilton project that Greater Nashua Habitat for Humanity officials are working to complete by spring.

NASHUA – Officials at Greater Nashua Habitat for Humanity celebrate their 25th anniversary this year, as a formal gathering took place Friday night to celebrate this milestone and the achievements made.

In the 25 years of operations in Greater Nashua, the nonprofit has managed to construct 13 homes for families in need.

“I think it’s a testament to all the volunteers, all the staff and the board,” Executive Director Scott Slattery said. “It’s also a testament to the community as a whole. We have great partners throughout the community, whether it’s United Way (of Greater Nashua) or some of the other non-profits in the area.”

This partnership has been able to positively impact the lives of people living and working in the community by putting roofs over their heads. This affiliate serves 14 communities in southern New Hampshire, including Amherst, Brookline, Greenville, Hollis, Hudson, Lyndeborough, Mason, Merrimack, Milford, Mont Vernon, Nashua, Pelham, Wilton and Windham.

Development Director Louise Smith said the nonprofit’s work has absolutely changed the lives of those they have helped thus far. For example, she said they have a single mom who lives in one of their homes with her two children. In three years, that woman went from living in her car or being homeless to becoming a homeowner.

Moreover, the 13th home is nearly complete, meaning another single mom with two small children will soon receive the keys to their new home. Work is continuing on that home, which is the Wilton, project, and the hope is to be done by spring.

“We’re ahead of schedule, and she should be in there by summer of 2020,” Smith said.

However, Habitat’s next project, which was announced Friday night, is a special one. Although Habitat has yet to secure a location, want to build a home for at least one veteran family, if not two. He said working with their partners and stakeholders in the community is how officials are going to be able to grow this in the next 25 years of operations.

“My goal is to do projects in every community we serve,” Slattery said.

Friday’s 25th anniversary Dream Builders Gala took place at the Nashua Country Club, and featured an evening filled with fundraising and recognition, as well as offering thanks to various individuals.