Biden says he can appeal to all Democrats 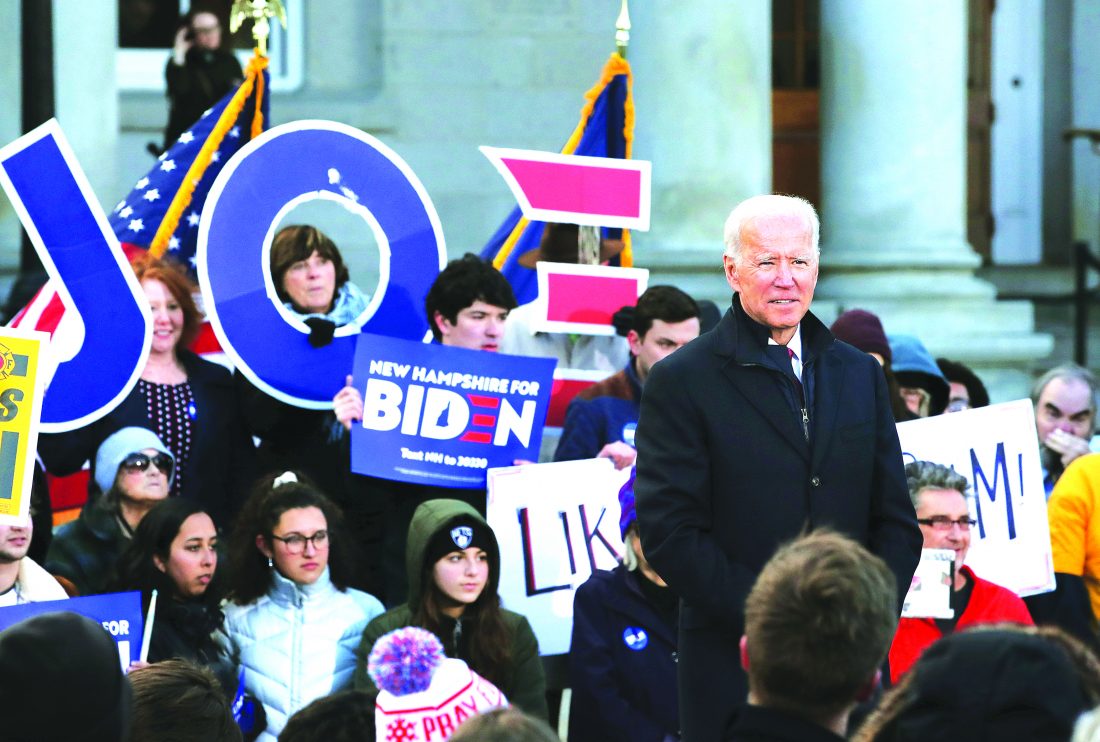 “Michael’s a solid guy, and let’s see where it goes,” Biden told reporters after filing paperwork to run in New Hampshire’s first-in-the-nation primary in February. “I have no problem with him getting in the race.”

Biden, who is trying to hold his place as a 2020 front-runner, struck a confident tone about his own prospects and dismissed any suggestion that his campaign is faltering. Bloomberg’s aides said Thursday that the former New York City mayor was contemplating a presidential bid because he doesn’t see the current field as strong enough to produce a nominee who can defeat President Donald Trump.

“I’m the only person in this race that has significant support in every single solitary sector” of the Democratic electorate, Biden said, pointing at national primary polls. Of talk that his own candidacy is struggling, Biden brushed it aside, saying, “I’ve been hearing about this for a while now.”

Biden emphasized his support among African-Americans, Latinos and working-class voters, plus solid standing with women and young voters.

“The Democratic Party is a big tent,” he said. “In order to be able to win, you have to be able to reach out and win parts of all of the constituency.”

In recent days, Biden has gone more directly on offense against his liberal rival, Massachusetts Sen. Elizabeth Warren, another leading candidate who represents a different wing of the Democratic Party. Earlier this week, Biden accused her of being elitist in her criticism that any Democrat who doesn’t back her progressive proposals on health care, education and other issues might be “running in the wrong presidential primary.”

In New Hampshire on Friday, Biden said he wasn’t trying to personally attack Warren, and he instead accused her of being the candidate who was setting an unfair standard with an ideological purity test. Biden calls for adding a public option health insurance plan to compete alongside private insurance, while Warren wants a single-payer, government-run “Medicare for All” insurance model.

“I’m not saying she’s out of touch,” Biden said. “But to turn around and say to the millions of Democrats out there that, in fact, if you don’t agree with me, then you are lacking courage and you are not a Democrat, that’s not how we run the Democratic Party.”