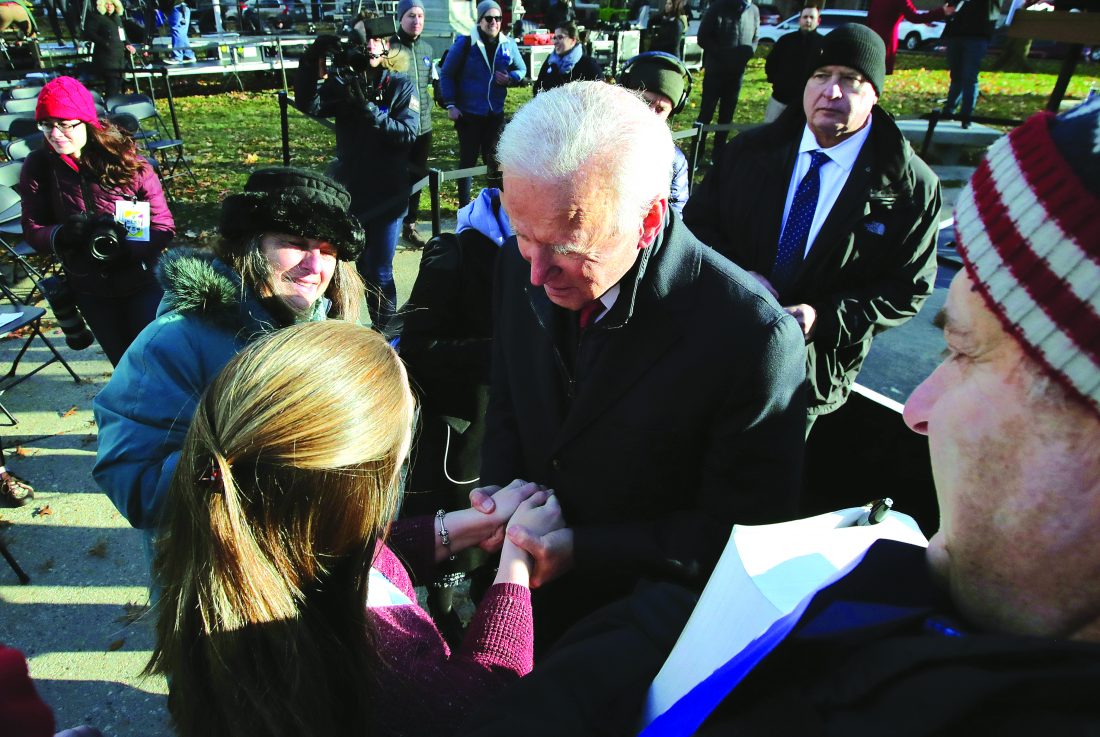 NASHUA – Fighting from the far-left corner, Democratic presidential candidate Elizabeth Warren of Massachusetts wants $20 trillion worth of additional federal spending to fund the single-payer health care plan commonly known as Medicare for All.

With only about three more months before New Hampshire’s first-in-the-nation presidential primary, one clear point of contention for the leading Democratic candidates is the approach to health care policy. Among the front-runners, Warren and Bernie Sanders of Vermont favor Medicare for All, while Biden does not.

“Democrats win elections when we run on protecting the hard won benefits of Obamacare – and we can’t make a difference in people’s lives if we can’t win,” Biden spokeswoman Kate Bedingfield said on Friday.

Biden emphasizes he wants to provide health coverage to “more than an estimated 97% of Americans.”

“Over the last week, we’ve seen Senator Warren’s plan get picked apart, piece by piece, by supporters and opponents of Medicare for All alike, who agree that she’s simply not being straight with the American people about the real costs of her plan and who will ultimately pay for it,” Bedingfield added on Friday. “And voters across the country have reaffirmed that they believes that building on Obamacare, not scrapping private insurance in favor of Medicare for All, is the best way to lower costs and expand coverage.”

Warren and Sanders, meanwhile, want the government to fund health care for everyone.

“Every American should be able to see the doctors they need and get their recommended treatments, without having to figure out who is in-network. No for-profit insurance company should be able to stop anyone from seeing the expert or getting the treatment they need,” Warren said.

“Joining every other major country on Earth and guaranteeing health care to all people as a right, not a privilege, through a Medicare for All, single-payer program,” Vermont’s Bernie Sanders states as a goal on his website.