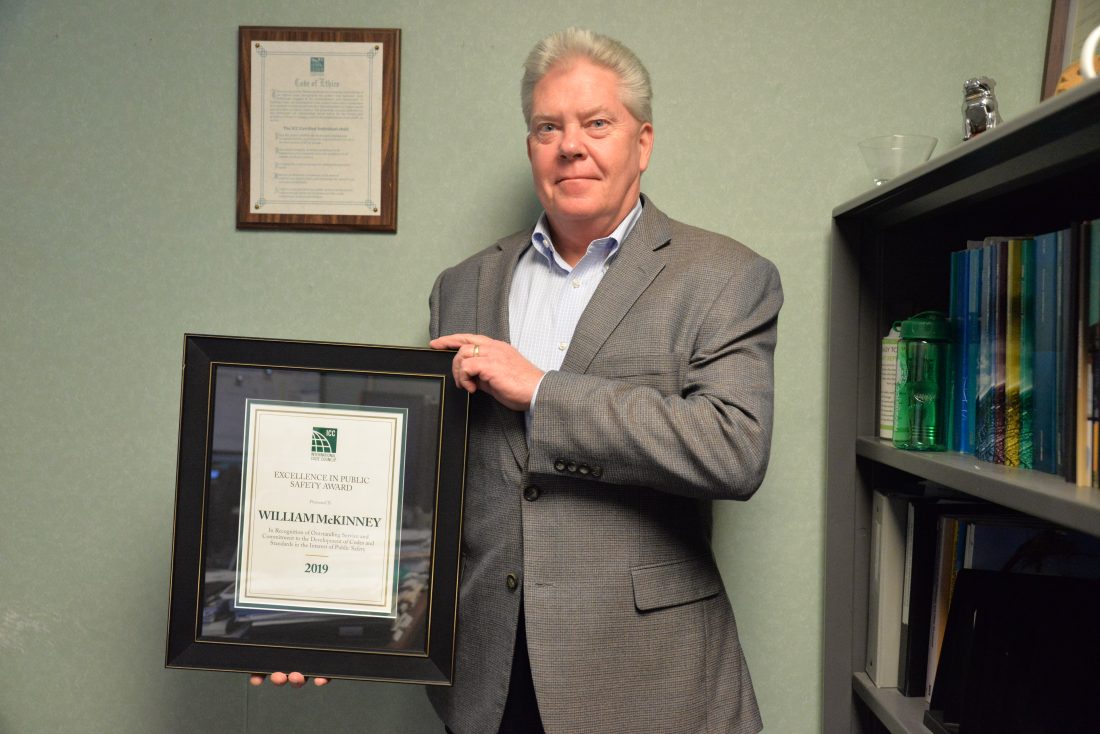 McKinney advocates for building safety, and has put in a lot of work to advance the International Codes in New Hampshire. Aside from being the building official/manager of the Building Safety Department at Nashua City Hall, he is also the president of the New Hampshire Building Officials Association.

“I believe it’s a significant achievement and I’m still in awe that I was the selected code official over all the very deserving code officials throughout the country,” McKinney said.

McKinney has been with the city since 2012, and recently traveled out to Las Vegas to receive this significant achievement during the ICC annual business meeting. Aside from being active with code adoption in the city, he is also very active with code adoption and updates with the state of New Hampshire. He said he is a firm believer that uniform administration of codes across the state is a benefit to everyone. He said it is both a life safety issue and community resiliency issue.

Due to being involved with other committees, he said when legislation comes through the state of New Hampshire or updated codes are proposed, he looks at how it will benefit the city and the state.

Recently, the state moved to the 2015 international codes, which he said should be a significant improvement compared to previous editions.

While McKinney works tirelessly out of City Hall, he said he does not believe those in code administration do this sort of work seeking notoriety.

“We do this because of our firm belief in protection of life and property and building resilient communities, and to be recognized by my peers and by people that have been my mentors over the years was pretty unbelievable to me,” McKinney said. “I’m extremely proud and honored to be selected.”