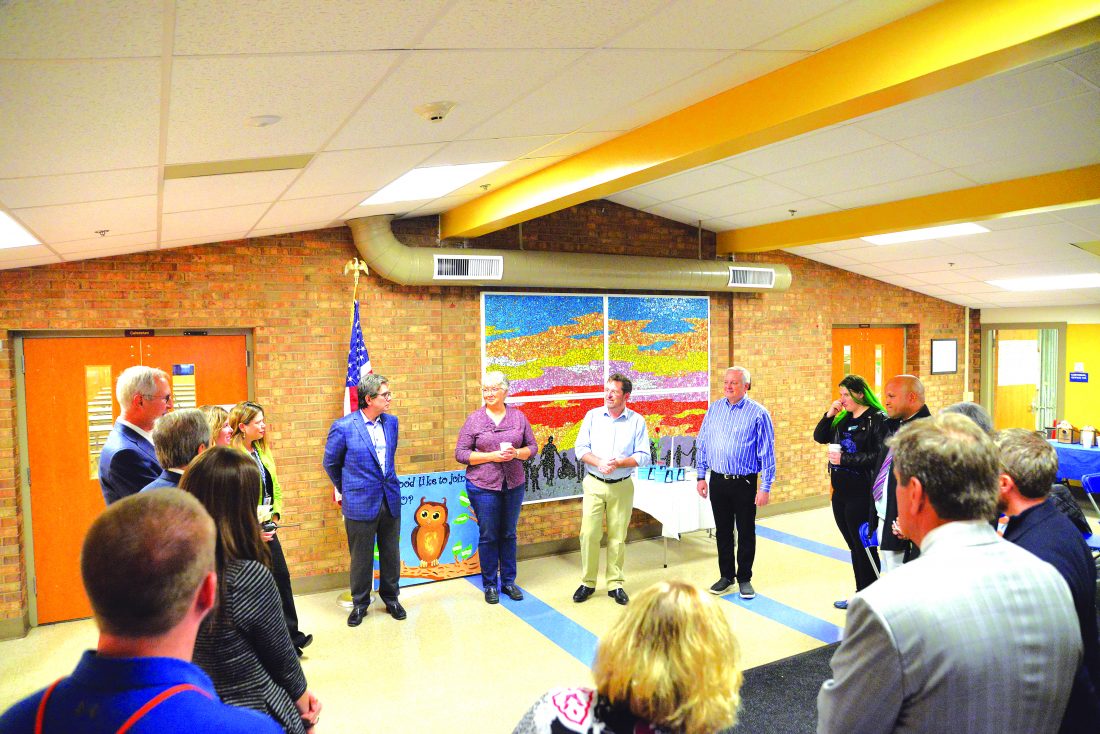 Telegraph photo by ADAM URQUHART Various school, state and local officials met up with folks from Nashua Soup Kitchen & Shelter and the Tulley brothers to announce a new addition to the ‘Meals for Kids’ program at Sunset Heights Elementary School on Thursday.

NASHUA – The Meals for Kids program will address the needs of hungry students at a fifth school, after a Thursday ceremony at Sunset Heights Elementary School.

Various officials gathered in the lobby of the Ward 7 elementary school to show their appreciation to those making this new addition possible, and to celebrate this next step in making sure no child goes hungry. The program is also currently being offered in the following Nashua schools:

“The estimates from the state, and the most recent numbers that I’ve seen, are that 4,000 of the kids going to Nashua public schools are getting free or reduced lunch,” Nashua Soup Kitchen & Shelter Executive Director Michael Reinke said. “So, about 40%, which is significant, but there’s even school districts around the state where it’s even higher.”

The program itself is a citywide partnership aiming to end childhood hunger by providing three daily meals to children who would otherwise end up going hungry. Reinke estimates that more than 41,000 meals have been distributed since the program’s 2017 inception. This new school location became a reality because the Tulley brothers of Tulley Automotive Group in Nashua signed on to sponsor it. Meanwhile, those at Home Depot in South Nashua were the ones who donated the freezer used to store the meals.

Tulley is the first company to sponsor a school as well, and it is no coincidence why these car guys chose Sunset Heights Elementary School. All three once attended the school, and Bryan Tulley said they really haven’t been back inside the school since until Thursday morning. His brother Vince Tulley said they have always been very fond of the Nashua Soup Kitchen & Shelter, but especially fond for this school since it was where they got an education as children.

“We all grew up in the neighborhood not far from here, went to school here and never realized there was a need for this,” Vince said.

Joe Bates is an active volunteer at the soup kitchen, and was the one who made the connection between the brothers and the Meals for Kids program. Bates said his theme is that the city should not allow children in its own community to go hungry.

“When he started giving me the statistics of what it was, it was very difficult to believe, and that the need is great, and we saw a place where we could offer assistance,” Bryan said.

Principal Marie Alsup said this initiative makes a huge difference for the kids. She said although the school is able to provide the children with breakfast and lunch, a lot of them go home and just do not have the opportunity to have a meal, especially a balanced one.

“Today, I think, is such an amazing demonstration of public and private partnership for the community, for the betterment of our community getting together,” Bates said. “It’s just super, really it’s so meaningful, and that’s one of the things, I think, that makes Nashua so special.”

“Our hope is that we can see the day where every kid in Nashua has access to three meals a day, 365 days a year,” Reinke said. “It’s a huge challenge, but we’re making progress.”

Mayor Jim Donchess passed along his thanks to those who made this possible, and said people do not realize how many kids do not have enough to eat, and that this program is vital.

“It’s something we sometimes take for granted, but you don’t really know until you pass out those meals how important is is,” Nashua School District Superintendent Jahmal Mosley said.

Adam Urquhart may be contacted at 594-1206, at or aurquhart@nashuatelegraph.com. 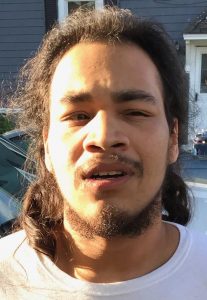